From a woman's perspective, for women to enjoy a good Dram....

Everything you need to know about what WHISKY your drinking. 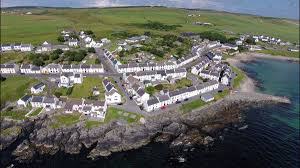 Whisky wandering: Heather and Honey The heart of Highland.

Whisky in the Glass! 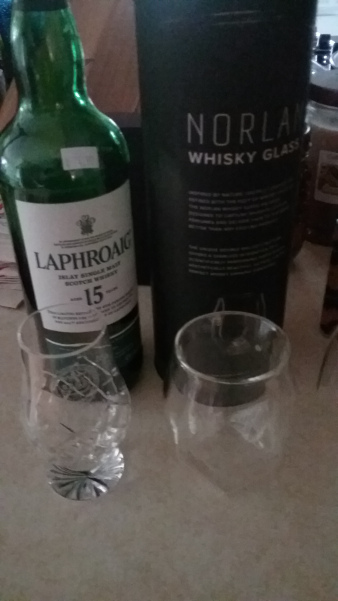 Some folks aren’t very particular when it comes to drinking vessels. Being a true southerner, tailgating just isn’t done without drinking bourbon mixers from Solo cups, but I draw a line when it comes to sipping single malts. Why so particular? Well, whisky tastes better when served in a glass, but serving in the right glass makes all the difference in the world.

Old Fashioned, highball, rocks, snifter, even stemmed nosing copitas were considered traditional whisky glasses until the advent of the Glencairn, first produced in Scotland in 2001. Now the norm for whisky drinkers world-wide, the Glencairn was designed to enhance the drinker’s whisky experience with its curved shape that focuses the whisky’s aroma at the top of the glass.

This is good engineering, and makes perfect sense, since smell is a large portion of our pallets, and usually boosts the flavor of what we taste. No wonder the Glencairn has been the unchallenged bar ware of whisky lover’s worldwide for years… until Norlan came along.

Being recently gifted with Norlan whisky glasses, I was taken aback when I unpacked them from the tall black canister I’d only seen online. The term spaced aged immediately popped into my mind, especially due to them feeling almost weightless, plus they look like a rocks glass swallowed a nosing glass. On impulse I placed one of my Glencairns between the pair for comparison. I recognized the similarity, and poured a wee nip in each Norlan. Then I poured one into the traditional styled glass. Instantly I liked how well the shape of the Norlan’s outer glass fit my hand, and how the double glass boosted the color of the whisky. Next, of course, was the true test. At first I didn’t like the feel of the thick edge against my lips, but after a couple of sips, I realized I didn’t have to keep tilting the glass higher to get the last drops. As someone who doesn’t have the financial means to pursue my love of single malts as passionately as I’d like, it pains me to leave even a smidge of residual in the glass, especially when I’m relishing a gifted whisky I normally couldn’t afford, so this revelation was indeed a huge plus for the Norlan.

After several evenings of taste test comparisons, my sweetie, Pete, had a somewhat differing point of view. Of course, like most men his age, he is a creature of habit, a traditionalist to boot, so the very lightweight feel of the Norlan in his hand bothered him. The glass itself is borosilicate, the same glass material that is used to make science equipment, due to its resistance to thermal shock. Pete actually thumped the bottom of his glass, trying to determine it was actually glass, and not some type of acrylic, because it’s so lightweight. He did agree that the design enhanced the whisky experience, but he quickly returned to his favorite cut glass Glencairn simply because it is heavier, and as he put it, “Actually feels like I’m holding a real glass.”

All that being said, am I totally sold on the Norlan whisky glass? Pretty much. I like the light and airy feel, and the way it curves into the palm of my hand effortlessly. I’ve already told you what I love most about the design, but, I’m also a woman, so the fact that these Norlan glasses are sleek, chic, and just downright elegant looking add to their appeal.

So, does the container you enjoy drinking your whisky\whiskey from matter? Well, in all honesty, if you’re a real connoisseur, yes it certainly does. But, if not, how you like to drink your whisky, is the same as what you choose to drink it from, a matter of personal preference, unless you prefer to swill it straight from the bottle tucked into a paper bag, like a 40 oz. Can you say…rehab?

Using the proper glass isn’t the only requirement of responsible drinking. NEVER drink and drive, or let friends drink and drive. The most important whisky accessory is a designated driver!