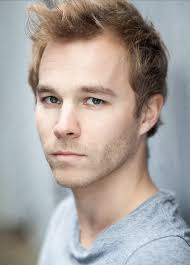 Any Outlander fan can tell you that there are three important Randall men in Diana Gabaldon’s Outlander series. In the Starz TV adaptation, two of these men - the notorious Black Jack of the 18th century and Claire’s 20th century husband, Frank - are portrayed by the one actor, Tobias Menzies. But what of the third Randall, Black Jack’s younger brother, Alex? Although the total opposite to his brother in personality, Alex is the spitting image of him physically - a fact that initially had fans wondering if Tobias Menzies would end up playing all 3 roles. This idea was quickly dismissed by Outlander producers, but when publicity photos of Alex Randall started to appear, many fans commented on the uncanny physical similarities between Menzies and the newly cast Laurence Dobiesz. From photographs alone, the family connection between the two men was totally believable. So what was it like to bring the kind-hearted Randall brother to life? Luckily for us here at Outlander Homepage, Laurence Dobiesz agreed to chat to us about the process. 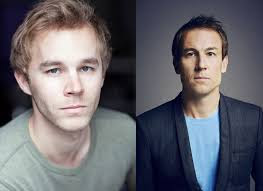 It seems that acting has always been in Laurence’s blood.

“Acting kind of chose me,” he explained. “From a very early age I was an incorrigible show off, the shortest guy at nursery school with the loudest voice! My first role was as Oliver in the West End production of Oliver. It’s still the best fun I’ve had as an actor for sure.”

Jumping forward in time to his Outlander audition, Laurence was definitely given a memorable introduction to his intended character’s family history.

“I hadn’t seen the show before I got the audition, so I watched a couple of episodes to prepare,” he explained. “They just happened to be the ‘whipping’ episode and the ‘prison’ episode - so I was pretty scarred after that!”

Fortunately, Laurence wasn’t deterred from joining the Randall family, and once cast, quickly set about creating his character! We wondered if there was any collaboration with Tobias Menzies when it came to displaying common mannerisms between the brothers.


“As it happened, my mannerisms - in terms of vocal and physical things - were close enough to Tobias’ that I didn’t have to worry too much about that, “ Laurence said. “So I just concentrated on creating Alex as his own character. After all, Jack and Alex are not twins and are very, very different…”

One of these differences was the health of the two men. While Jack displayed the ability to survive a stampede of wild beasts at the end of season 1, Alex’s health deteriorated with each appearance in season 2. Surely this brought its own challenges?

“ It was definitely demanding during those final scenes,” Laurence agreed. “However that’s the stuff you want to do as an actor, so the slightly sore throat was well worth it.”

When asked for a favourite scene, Laurence found it hard to pick just one.

“Being in a heavy scene with the likes of Cat, Tobias and Rosie was a joy,” he said. “Is joy the right word? Maybe a demanding, sore joy!”

The major characters of Black Jack, Jamie and Claire are well established by the time Alex  Randall appears on screen. We wondered what it was like to join the set as the ‘new kid on the block’.

“The Outlander set is run like a tight (tall) ship,” Laurence explained, “but unlike many sets I’ve been on, they manage to keep it fun and friendly. As a new character on the show or as a less seasoned actor, this is such a relief as it makes you feel at home right away. My stint on the show was fairly short, but the camaraderie and the little world they’ve created at the studio made me feel part of a family, and that fuzzy feeling still remains.”

So did he take anything else home with him, other than these fuzzy feelings?

“ I’d like to say I kept a memento from set,” Laurence replied,  “but all I managed to pilfer were a set of curtain ties that matched mine at home. What can I say, I’m a badass!”

If given the opportunity to do a bit of time travel himself, it turns out that Laurence wouldn’t venture too far into the past.

“I would travel to 1970s Liverpool,” he said, “so that I could watch the Liverpool team of the time at Anfield - and across Europe! They were good days for the Reds!”

Finally, we asked Laurence what is coming up next in his career.

“I have been busy writing a few things,” he replied, “ including a sports comedy screenplay and a TV sitcom which I’m writing with my wife. Acting-wise, I’m about to record my first radio drama for the BBC. And then of course, I’ll return as the cockney music hall star ‘Randy’ Randall, the great great grandson of Alex, in Outlander Season Four. (OK, one of the above isn’t true....”)

We’d like to thank Laurence for chatting with us and look forward to his next collaborations, whether factual or fictional!

This interview was conducted by Susie Brown, a teacher-librarian and children’s writer who lives in Australia. Personally, she’d love to see the character of ‘Randy’ Randall - and wonders what his music hall act would be!

The Scottish Sun says Diana Gabaldon has a heart of gold!


HEART OF GOLD
Outlander author Diana Gabaldon helps raise thousands for Scotland’s terminally ill in visit to Highlands gift shop
The 65-year-old put The Old School Beauly on the map during a special book singing where 400 fans flocked to see her.

The Scottish Sun
By Mary McCool

The 65-year-old wordsmith put The Old School Beauly shop in Beauly, Inverness on the map during a special book signing where 400 fans from around the world flocked to see her. 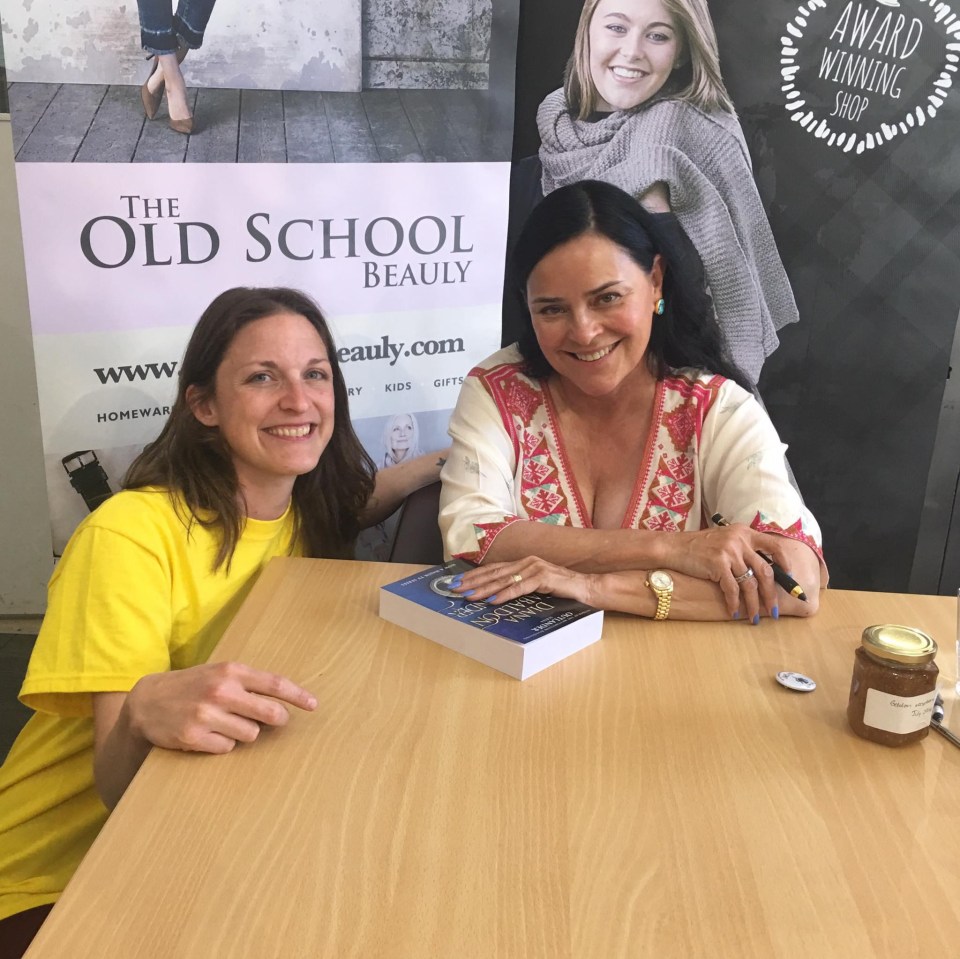 The author signed copies of her books


The village is one of the settings for her books, which tell the story of World War II nurse who is transported back to Scotland in 1743 and becomes embroiled in the Jacobite risings.

The small business, while sells clothing, accessories and gifts, expected no more than 40 people to attend the event.

But owners William and Helen Crawford were “overwhelmed” when people travelled from all over the world to meet the beloved author.

Ticket sales for the event helped raise £2,000 which will be donated to Highland Hospice – a charity providing care for people living with an advancing, life shortening illness and their families in the north of Scotland.

Diana also honoured staff by cutting the ribbon for the opening of their new books and stationary section. 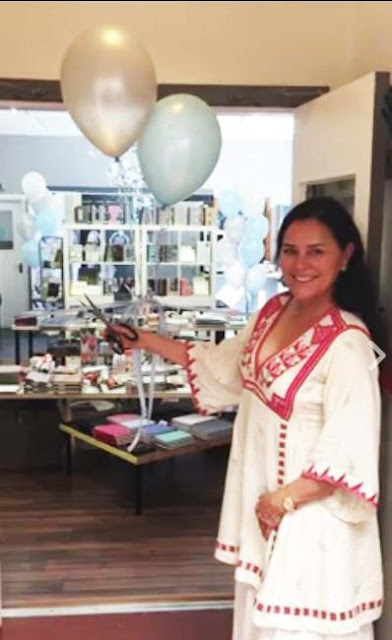 Diana cut the ribbon on the new book shop


Fans queued in their droves outside the shop to meet the author – who is consultant on the TV adaptation of the Outlander saga.

After the event, a post on the shop’s Facebook page read: “This was a stand out day for us in Beauly.

“Kind thanks to Diana Gabaldon for opening our new Book and Stationery Department, for entertaining us with her beguiling and word-tastic Talk, for signing so many books and helping us raise over £2,000 for Highland Hospice.

“Thanks also to the many hundreds who came and enjoyed this special day.” 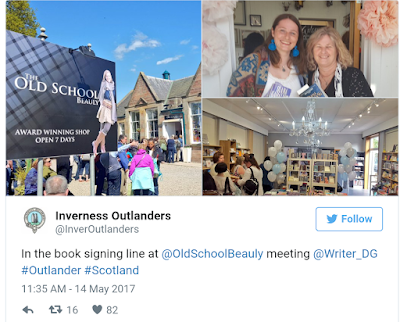 “We thought at most 40 people would come but to have ticket sales of £2000 plus a signed copy of her book which we’ll raffle at auction for charity is really good.
“We’ve had interest from people all over the world and we loved to have Diana in our tiny village in the Highlands. 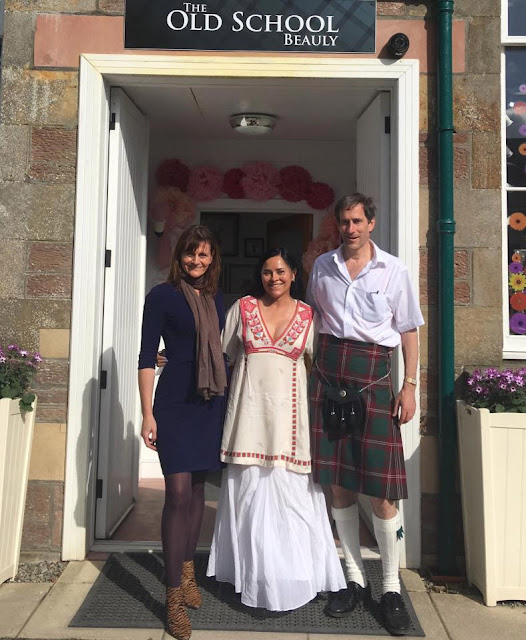 Helen and William Crawford with the beloved author


This week Diana revealed that Scots actor Sam Heughan went from feeling like a rock star to rock bottom — when a boat scene left him sick.

The author has recently returned from South Africa, where the Scots actor is making the third series of the hit historical fantasy drama.

She also sent fans into a flurry after tweeting about her arrival in Scotland. 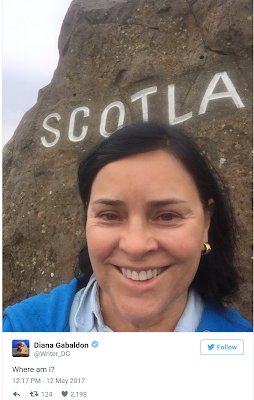 Posted by Outlander Homepage at 10:43 AM 2 comments:

The people behind Caits Caraids 2017 are launching their new campaign!  At @CaitsCaraids on twitter! 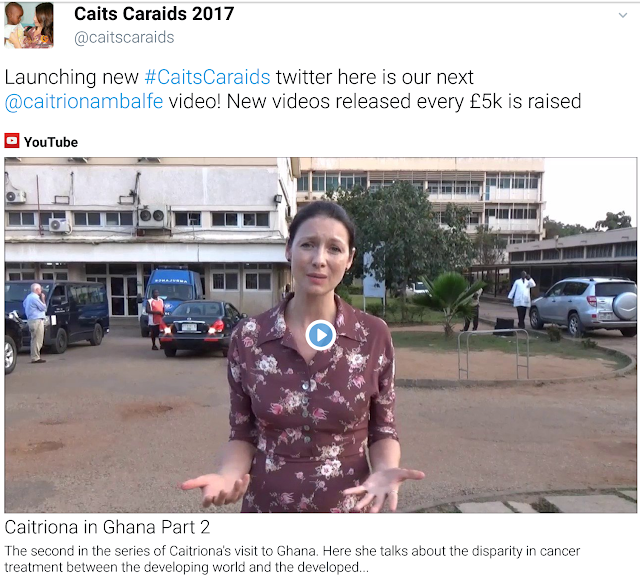 Posted by Outlander Homepage at 1:59 PM No comments:

Inside the world of Outlander

Posted by Outlander Homepage at 10:33 AM No comments:

Marcus James Dixon
By The GoldDerby

For the full article
http://www.goldderby.com/article/2017/outlander-books-tv-game-of-thrones-entertainment-news/


In our showdown poll last week that asked our readers to name TV’s best book adaptation, “Outlander” fans came out in droves to vote for their favorite romance/time travel series. The Starz hit drama earned a whopping 92% of the vote, compared to only 8% for runner-up “Game of Thrones.” Do you agree with the results of our poll? Be sure to sound off down in the comments section.

Both series are currently in the midst of ridiculously long hiatuses, with “Outlander” returning in September and “GoT” coming back July 16. But thanks in part to the fact that they began decades ago in book form, the television programs have extremely passionate fan bases that are willing to wait out the droughts.

Based on Dina Gabaldon‘s book series, the upcoming season of “Outlander” will be based on the third novel “Voyager.” See the Top 11 “Outlander” Season 3 spoilers. And “Game of Thrones” is adapted from the “A Song of Ice and Fire” five-book series by George R. R. Martin. The fantasy show has now surpassed the novels, but two more books are forthcoming from Martin, which we hope are published sooner rather than later.

When it comes to awards shows, the Emmys have made their choice clear. After six seasons, “Game of Thrones” is now the most awarded show in Emmy history with 38 trophies including Best Drama Series in 2015 and 2016. “Outlander,” on the other hand, is the reigning champ at the People’s Choice Awards with four victories including Favorite TV Show.

Predict the Emmy nominees now; change them until July 13

Be sure to make your Emmy predictions. Weigh in now with your picks so that Hollywood insiders can see how their TV shows and performers are faring in our Emmy odds. You can keep changing your predictions until just before nominees are announced on July 13. And join in the fierce debate over the 2017 Emmys taking place right now with Hollywood insiders in our TV forums.

Posted by Outlander Homepage at 8:16 AM No comments:

It's time to celebrate Jamie Fraser


Happy birthday Jamie Fraser
From Outlander
To Dragonfly in Amber 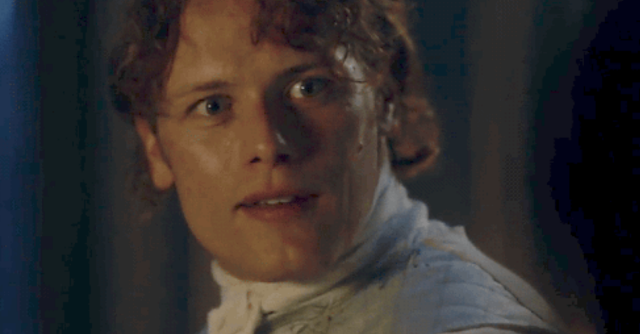 Posted by Outlander Homepage at 10:10 AM No comments: