The Outlander Effect: An interview with Parkhead House owners Angela and James Gourlay, by your Aussie Blogging Lass


Ever since Outlander began airing in 2014, fans have been keen to see the show’s iconic locations for themselves. In fact, it has been claimed that the series is responsible, to a large extent, for the revitalisation of Scottish tourism. It is certainly true that fans from all over the world are now coming to the country in increasing numbers, many of them wanting their own Outlander experience!

So what is it like for your average Scottish B&B owner in the wake of all of this Outlander fever? Angela and James Gourlay of Parkhead House in Queensferry, agreed to talk to me when I arrived from Australia on my own Outlander pilgrimage and landed on their doorstep for 2 nights! 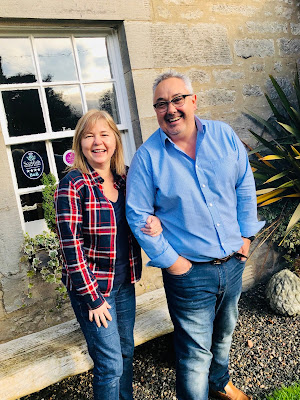 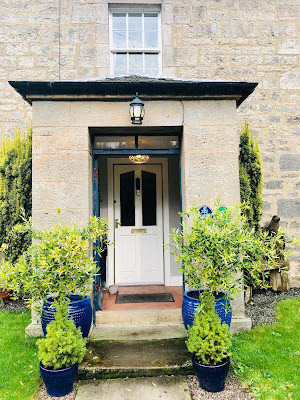 Set in a former gamekeeper cottage, the beautiful Parkhead House sits on the edge of Deer Park in the heart of Hopetoun Estate. 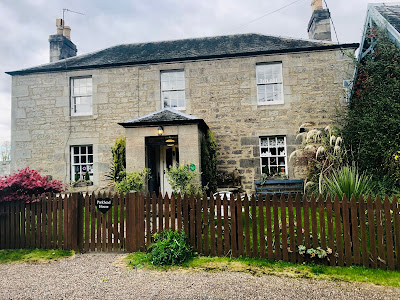 Edinburgh Airport is only a few minutes away, as are Midhope Castle (Lallybroch) Blackness Castle (Fort William) Linlithgow Palace (Wentworth Prison) and Hopetoun House (Duke of Sandringham’s residence, amongst others). Given this list, it is easy to see why Parkhead House is the perfect base for some serious location hunting! 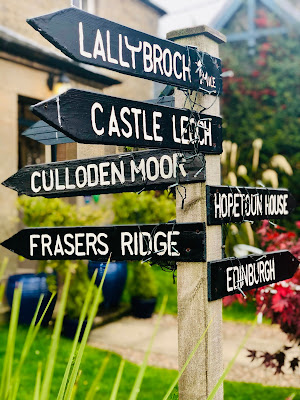 Helpful signpost to nearby attractions

The property has been owned by the Gourlays since December 2012. “We had the pub in the village and another house too, Angela explained, “but then unfortunately, James took ill. After he recovered, we decided to cut back and concentrate on the B&B.” 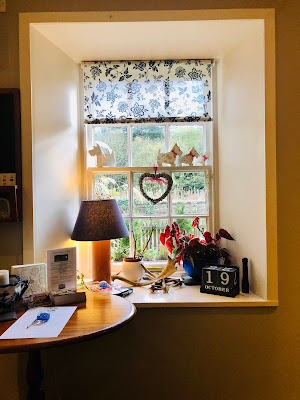 View from the dining room window


Parkhead House has 3 bedrooms with ensuites, a kitchen and a downstairs dining room, where James serves amazing breakfasts every morning.  It was over one of these breakfasts that I asked about the “Outlander effect”.

“We hadn’t heard of Outlander when they first started making it,” James said. “It was a friend of ours who excitedly told us about the series, insisting that this was going to be huge - and she was right!”

“People used to come and stay here when they were attending weddings or sporting events,” Angela added. “But now, more than 80% of our business comes from Outlander fans.”

With so many locations virtually on their doorstep, James helpfully provides interested guests with a detailed map that has the closest spots clearly marked. Although he hasn’t read all of the books, he is well versed in the tv series, explaining to me where the filming of certain iconic scenes had taken place. As an added service for guests who don’t want to explore on their own, guided tours to these sites, (plus a few more that are further afield) can also be arranged.

It isn’t surprising that of all the Outlander locations, it is nearby Midhope Castle that draws the most interest. After all, what self respecting Outlander fan would pass up the chance to go to Lallybroch? Interestingly, James explained that he and Angela were nearly Lallybroch properietors themselves, with their other property, Craigton House, originally in the running to be that iconic building. “One of the location scouts was called Hugh Gourlay,” he said, “so he wondered whether we might be related! They had a look all around, but in the end, went with Midhope.” 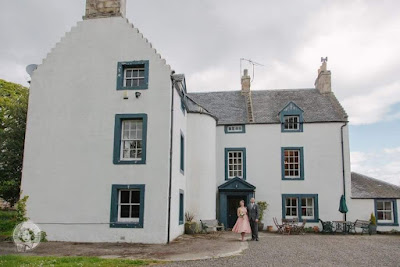 It could be argued that this was a bit of a blessing. While Parkhead’s business is now 80% Outlander related, the attention paid to Midhope Castle is on a different level altogether. The property is privately owned, and has had to cope with devoted fans showing up at all times of the day and night. James estimated that many thousands of people have gone to the castle in the past few months alone and there is now the need for official opening hours, a lockable gate and an entry fee.

Parkhead House still has its own links to Outlander, however. One of these came courtesy of an eagle-eyed fan, who noticed some window shutters which had been left behind well after season 2 filming at nearby Hopetoun House had been completed.

"She mentioned her discovery, so I went and checked and sure enough, there was a pile of them. So I brought one back here!” James said, showing me the spot where the shutter now hangs.

In the front hall, there is also a framed photograph of Angela and James with Diana Gabaldon, who they met at a Hopetoun House function. 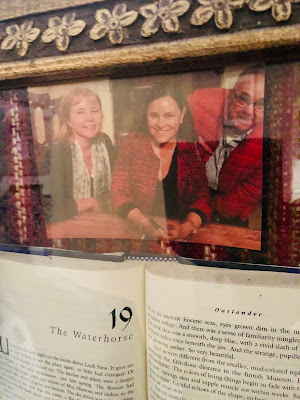 “Diana explained that she has lots of pieces of stories in her head,” James said, “and she works out how they all fit together, like a bit of a jigsaw puzzle.” He also took the opportunity to ask Ms Gabaldon about a chapter in the first novel that seemed to tell the tale of the Loch Ness monster. He discovered that she had liked the legend and so had worked out a way to incorporate some of it into the Outlander story.

Aside from the author herself, Angela and James have yet to meet any of the main cast of the show. “We have met one of the supporting actors, who also runs Outlander tours,” said Angela, “and I still hold out hope that Sam Heughan will come and stay here one day!”

Despite the absence of Jamie Fraser, Parkhead House has had its fair share of celebrities through its doors. “We have had Captain Mark Phillips stay during the Hopetoun Horse Trials,” Angela recalled. “We also hosted Rev Susan Brown, who married Madonna and Guy Ritchie, as well as a famous Scottish author and his wife and family, for their own wedding.”

I commented that running Parkhead House must have both its high points and challenges and Angela agreed.

“We are lucky to meet lots of people from all over the world,” she said. “We never assume anything with guests, as you never know who you will be lucky enough to meet." 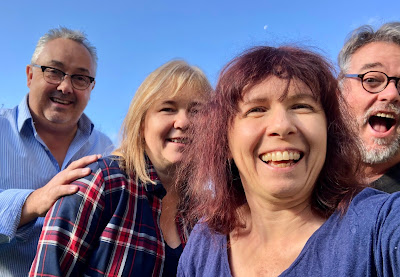 
"The most challenging thing is online booking agencies. You need to be registered with them, but it’s often hard to contact guests who have booked through them.”

Still, thanks to the Outlander effect, Parkhead House has no shortage of guests. “We’ve already got bookings well into next year,” Angela said.

Finally, I asked Angela and James where they would like to travel to, if they could go through the stones, Outlander style!

“ I have always been fascinated with the Romans and the Egyptians and how advanced they were,” Angela replied. “I think I would go back 5000 years to find out what the stones were for in the first place and how they built them.”

James, however, would prefer to go in the opposite direction time wise. “I would like to go through the stones to 200 years in the future,” he said.

If stones travel were actually possible, hopefully in both time periods there would be a fabulous place like Parkhead House, where people from all walks of life could go and relax!


This interview was conducted by Susie Brown, a writer and teacher-librarian who lives in Australia (and no relation to the Reverend who married Madonna!) She loved every second of her Scotland trip and gives Parkhead House a 5 star rating without hesitation. Anyone planning an Outlander pilgrimage of their own should definitely contact Angela and James!


To book your stay
http://www.parkhead-house.com/welcome

To chat with the owners on Twitter
Check out James Gourlay Parkhead House (@Duddingstonarms): https://twitter.com/Duddingstonarms?s=09

Posted by Outlander Homepage at 7:58 AM