Outlander Star Caitriona Balfe Promises More Sex for Season 3
“If I don’t have one husband, I’ve always got the backup.” 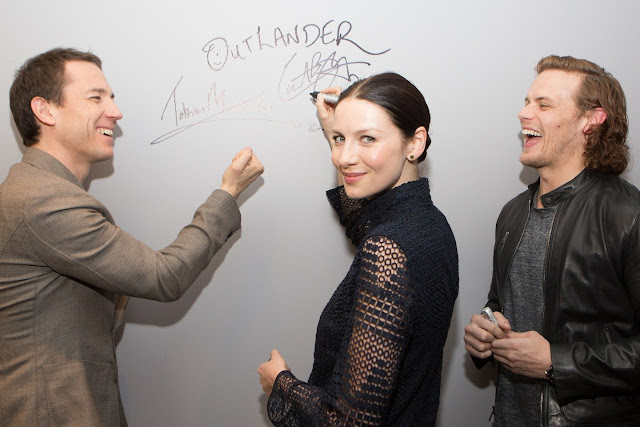 
It’s been just under four months since Outlander fans had to say good-bye to Claire and Jamie Fraser during the emotional Season 2 finale. But it’s also a long wait until the time-traveling, star-crossed couple returns to Starz for Season 3 next April. Thankfully, in the meantime, there’s a new Blu-ray edition of Season 2 out on Tuesday, November 1. And, for the true devotees to both the show and the Diana Gabaldon novels, there’s also a special Collector’s Edition that features an exclusive excerpt from the upcoming Outlander novel, “Go Tell the Bees That I Am Gone.” Series star Caitriona Balfe took a break from her grueling 11-month shooting schedule to reflect back on Season 2 and give a preview of why fans missing the steamier side of Outlander won’t be disappointed by Season 3.

V.F. HWD: Did you hear that over the weekend Diana Gabaldon announced her Outlander novels would probably be ending with book 10?

Let me fetch the exact quote! She said: “It’ll be the very last thing in the last book, which I think is probably book 10.” Given that she’s already working on book nine right now, fans are panicking. What do you think?
I think it’s amazing that she’s done even 10 novels, and I’m sure at some point Jamie and Claire—they’re getting on there in age by the time we get into the eighth and ninth books—I guess it’d have to be inevitable.


I know some fans will be devastated to have no more book story. Did you ever suspect, when you signed on, that this particular fandom would be so intense?
No, it’s been really amazing to be part of something that fans have such an ownership of. These characters have played such an important part in so many people’s lives. It’s incredible to be swept along in it and to have fans share the love that they have for the characters and for the books with you. I’m very aware of how lucky I am in that respect. I was so blind to it all when I first started. I just found out that these were books the week I was asked to come back for casting. I read the first book, but I didn’t even know at that point how many there were. It’s been quite an eye-opening journey the last three years. 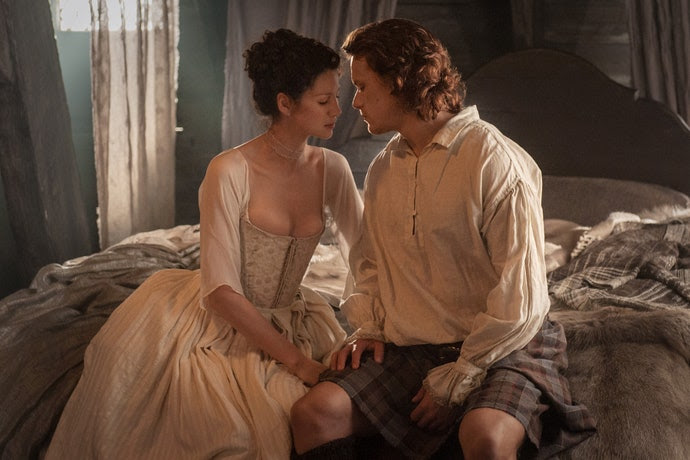 But because you have such a passionate fan base, I know you get constant feedback when the Outlander lovers feel something is missing. What did they miss most in Season 2?
I definitely heard that they missed a lot of the intimacy between Jamie and Claire, which I think we were sort of expecting. I think even Sam and I sort of missed—especially in the beginning because it was so heavy on the politics—I think we were all missing those more intimate moments. They have so many of their iconic fan moments that they really are looking forward to, so you definitely always hear whenever some of those are not there. I’m trying to think of specifics for you, but the one that I just kept hearing, from what I saw on my Twitter: “Where's the sex?”


Which of these iconic fan moments will you be in trouble for leaving out of Season 3?

The first thing everyone talks about is the print shop [where Jamie and Claire are re-united after decades apart]. “Are you going to do the print shop? You can’t change one line of the print shop.” We haven’t actually gotten to film that yet, but I think the writers are well aware that they have to do the fans right. There’s Jamie and the cave, and I think there’s a lot of Claire and Brianna stuff that fans are looking forward to as well.


Season 3 is a big leap as you go from playing the ingenue to playing mother to Brianna [played by 22 year-old Sophie Skelton]. What’s it like zooming so far forward in someone’s timeline?
It definitely is a tough thing to try and figure out where you would be in 20 years, and then to do it for somebody else. I was talking to someone recently, and she was saying how every person feels a certain age for the rest of their life. For her grandmother, she always felt like she was 21. A friend of mine was saying, ”I think 28. I must’ve been so happy at 28, that that’s how I always see myself.”

With Claire, I latched onto that. When she has gone back to Boston and she’s not with Jamie, she’s a mother and she’s very professional, but she’s put a side of herself away. That kind of sexual, romantic side of herself has been shelved almost for 20 years. When she gets back to Jamie, she’s back to that—27, 28, or whatever age she was supposed to be—time when she first met him because that’s when she really, I think, first came alive.


If Claire is putting the sexual, romantic part of herself away for much of Season 3, does that mean you’re going to get a lot more angry tweets from the “where’s the sex?” people?

No! There will be some other sex going on. I think to really let the reunion and everything that’s going to happen once Jamie and Claire see each other, I think it’s really special. Maybe they’ll have to wait a little bit, but I don’t think it’s going to be as scarce as last season, shall we say? 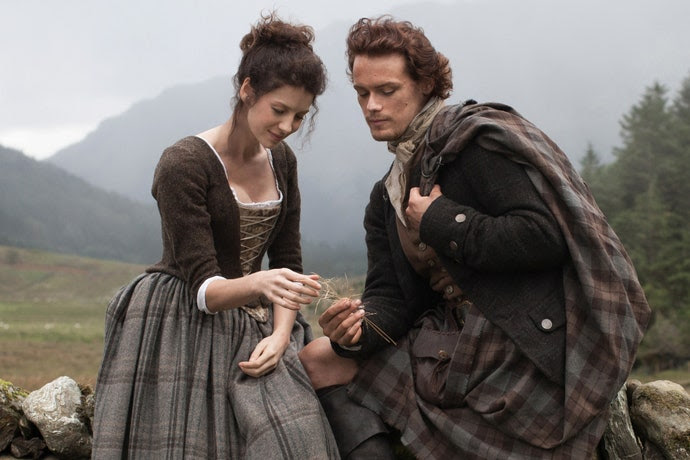 Meanwhile, you get to wear some fabulous, modern clothing. Do you miss the more lavish Parisian and Scottish fashions?

Probably, to the disappointment of all the costume fans, I did not miss that corset or bum roll for one second. Being able to do 40s, 50s, and 60s—especially the 60s—it was just such fun. [Costume designer] Terry [Dresbach] had in racks and racks of clothing. She made some pieces in-house and other pieces are vintage finds that she had. I love what each era tells you about the women of the time—it’s just such an interesting barometer. Some of the 60s pieces are so cool and beautiful that I asked her to make me doubles of some things.

Then when Claire goes back, Terry came up with this great, fun idea for the costume that Claire takes back to the 17th century with her. That’s much more traditional. It melds both the Parisian world with the Scottish world a little bit, but it’s going to be very different to other seasons. In Season 3, I think I have one costume for the back end. Before, I had 17, 18, 19 different looks. It gets quite simplified towards the end because we obviously go on a ship.


So we don’t get a pirate outfit for Claire?

Yes. I don’t think that’s what we were going for, but that would be quite funny if I just showed up with a patch and a parrot.


When I talked to Sam last week, he said filming Season 3 without you was “like having a death in the family—”
Och! He’s already killed me in his mind. Gone. Too sad.


What is it like for you to shoot without Sam?

It’s really strange! Sam and I obviously have worked so closely together for the last three years. Even when I was filming some stuff with Tobias [Menzies who plays both Claire’s modern-day husband, Frank Randall, and the 17th century villain Black Jack], it was never solid blocks where Sam and I wouldn’t be working at least a couple of days in between. I definitely miss him. The other day we were in the makeup trailer right beside each other, and we’re like, “Oh, you’re off to your world, and I’m off to my world.” It’s very strange, but the nice thing is I have been able to work with Tobias. I feel quite lucky. If I don’t have one husband, I’ve always got the backup. Not that either of them are backups, but it’s been an interesting and strange dynamic. I think pretty soon we’ll be back together, and he’ll be sick of the sight of me.