A Man of Many Hats! An interview with Ross Owen by your Aussie Blogging Lass

As everyone knows, a show like Outlander doesn’t come together without the combined efforts of a lot of people. From lead actor, to the last person listed on the production crew, to the publicity and promotion team, every single person has a vital role to play in bringing Diana Gabaldon’s wonderful world to life. But what if your involvement with Outlander crossed more than one department?

This is the case for Ross Owen, a supporting actor in seasons 1 and 2, who also works as a radio broadcaster and producer of The Ross Owen Show, where he has since interviewed some of his erstwhile colleagues. It is certainly a unique perspective of the Outlander universe, and one which Ross was kind enough to share with us here at Outlander Homepage. 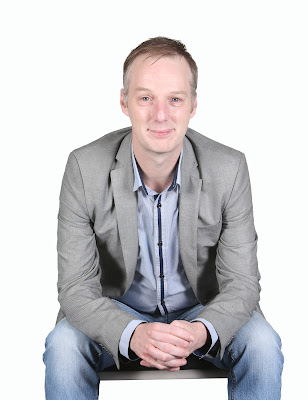 The Internet Movie Database lists Ross Owen's Outlander credits as a highlander/villager/prisoner. More specifically, this meant appearing in Wentworth Prison in season 1, then switching to Paris for the court of Versailles, before rounding out the season as a highlander for the final dramatic episodes of season 2. With such varied characters to portray, we began our interview by asking Ross about his experiences of life ‘on set’.

“A typical day on set for any supporting artist is a long day,” he said. You have to arrive from around 7am and you could still be there as late as 10pm. Fortunately for me, the Outlander studio is literally just 5 minutes from my house, but every time I’ve worked on the show we’ve been shooting outdoors on location. The first thing to be done is to get everyone into costume. Generally this happens in the studio although sometimes it’s done on location. This can be time consuming if there are a lot of supporting artists being used that day  -  and in Outlander’s case, there generally is!  Once everyone is in costume, we’re escorted to a bus that takes us to the shooting location and then we hang around until we’re needed.”

Knowing the unpredictable nature of the climate, we wondered how difficult this “hanging around” can get.

“The Scottish weather can be cruel at times,” Ross agreed. “One of the hardest things for a supporting artist to deal with on an outdoor shoot can be the cold. There’s a lot of waiting around and you can’t just wander off inside to get warm because you might be needed for a scene at short notice. In some cases, you can come prepared by wearing thermal underwear/long johns etc. but if you happen to be one of the artists dressed in a kilt or something flimsy, you could be in for a cold day. The main actors in the series don’t have this problem. They are generally kept warm with hot water bottles strategically hidden in places you wouldn’t believe!”

As we paused to imagine just where a Scotsman might hide a hot water bottle under his kilt, Ross shared another costume secret with us.

“During the filming of the ‘Hail Mary’ episode in season 2, it was a particularly wet and windy day,” he explained. “I remember seeing Andrew Gower who plays Bonnie Prince Charlie with a plastic bag over his head between scenes to stop his wig from blowing off or getting soaked in the rain. Isn’t the glamour of showbiz wonderful?!”

But despite the cold and the rain, Ross relished his time on the set.

“As a fan of the show, I love being in it,” he said. “To watch the show on TV one day, then to actually be in a scene the next is quite surreal. It feels like you’ve been transported back in time. The Outlander cast and crew are great and Sam in particular always makes time to smile and say hello to the supporting artists. He’s a genuinely nice guy.”

Given that Ross portrayed three different characters throughout the first two seasons, we wondered if he had a favourite.

“I really enjoyed shooting ‘Untimely Resurrection’  in season 2,”  Ross answered. “The location that was used as the backdrop for the Palace of Versailles (Drummond Castle Gardens in Perthshire) was absolutely beautiful and it was a glorious day. I was in a scene with Sam and Duncan.The costume was classy too - certainly much more comfortable than the rags I had to wear when I was a prisoner in the Wentworth Prison episode, although it was great to be in a scene with Caitriona in Wentworth. Overall, I’ve loved every second of being on the Outlander set.”

But when we asked Ross about his involvement in the upcoming season, we received a disappointing answer.

“Sadly, I wasn’t available during the shooting of series 3 due to other projects I was committed to,” he said. “Also, as I’m sure most of the fans already know, a lot of Season 3 was filmed in South Africa. I do hope to be back when she show returns to Scotland, but that’s all down to my agent.

Still, with so much involvement, we cheekily asked Ross if he could share a funny moment about his time on set.

“The funniest supporting artist story I know of didn’t actually happen on the set of Outlander,” Ross admitted, “but I must share it with you anyway. To give you a bit of background first, the person who deals with supporting artists on set is the second assistant to the director. He/She is the right hand person of the first assistant to the director. They are referred to as the 2nd AD. Here’s what happened when a supporting artist on his first ever job got offered a talking part in a TV production.
2ND AD: (to a group of SAs) Do any of you fancy a line in the next scene?
New SA:  ME!
2nd AD: Ok good, Here’s what I need you to do. In the next scene, the farmer will walk towards you in the field. You will be walking towards him from the opposite direction. When he passes you, the farmer will say “Lovely day isn’t it!” You will reply with “It is.” You will then continue walking until you are out of shot. That’s it.
New SA: Just those 2 words? No problem.
Well… for the next 20 mins this SA was pacing up and down practising his ‘line’. He was becoming frantic. The palms of his hands were sweating and he kept mumbling the line to himself saying it all different ways, “It is… IT is… it IS!” Eventually he gets called up for the scene. Here’s how it went.
Director: “Action!”
Farmer: (walks across the field towards the SA) “It’s a lovely day isn’t it!”
New SA: (walks towards the farmer shaking with nerves) “Is it!”
Director: “CUT! RESET!”
That’s my favourite supporting artist story. He only had to say 2 words but still managed to get them backwards. Brilliant!”

But acting is only one of Ross’ talents. He is also a producer, editor, interviewer and broadcaster, so we asked if he had a preference.

“It would be very cheeky of me to claim to be an actor,” Ross said,  “but I do love being a supporting artist. I’ve been fascinated by the film and TV industry since I was a kid and just love being transported, as if by magic, into some great productions. My main passion right now is definitely conducting interviews though. I get more enjoyment from doing interviews than any other projects I’m involved in outside my charity work.  My radio show is my baby. Editing is my least favourite aspect of the job.  That’s where all the hard work is. It’s just a pain!”

Naturally, we wanted to know more about Ross’ baby, so asked for more details on his radio show.

“I’ve been a producer with Black Sky Radio since 2010,” Ross replied. “My first project as a producer was putting together our popular Band Of Brothers Cast Interviews series to celebrate the 10 year anniversary of the HBO miniseries which was executive produced by Tom Hanks and Stephen Spielberg. I managed to secure interviews with 99% of the cast. These interviews can be heard at bandofbrotherswherearetheynow.blogspot.com. I ended up co-presenting the interviews and really enjoyed it, so in April 2016 I decided to take on my own show which I produce and present from my home in Scotland. My favourite guest so far has been Alexander Goodwin, a little boy from the UK who has been in Kansas City for the past year for life saving cancer surgery. I’m delighted to say that Alex has just returned home to the UK cancer free. He is a very special little boy who has inspired thousands of people across the world with his positive outlook during such a difficult time. My dream guest is Tom Hanks. He’s one of the biggest stars on the planet and apparently the nicest guy in the business. I hope to chat to Tom on my show in 2018. You’ll need to keep tuning in to see if it happens. My show airs worldwide online on www.therossowenshow.com every Friday at 8pm UK time on Black Sky Radio.”

Given that Ross has also interviewed his Outlander colleagues, we wondered how he went about approaching his fellow cast members and whether the experience of having been ‘on set’ helped the process.

“Well, it’s strictly taboo for supporting artists to bother the actors on any film or TV set, so I was unable to get to know any of the main actors on a personal level while working on Outlander,” Ross explained. “My approach to guests for interviews generally starts with an email to their publicist or a tweet directly to the potential guest who, if interested in doing an interview, will then put me in touch with the relevant person to set it up. It’s always fun chatting to the Outlander stars on my radio show because most of them don’t know I worked with them on Outlander until they are on air with me! I’ve become good friends with most of the guests who’ve been on my show and I love that aspect of the job.”

To conclude our interview, we asked Ross where he would like to go if he could travel through the stones himself.

“Oh, that’s an easy one for me,” Ross said. “I’m the world’s biggest Laurel and Hardy fan, so if I could time travel I’d definitely go back to the 1930s just to meet them in person - and maybe even interview them.”

We’d like to thank Ross very much for giving up his time and look forward to his future Outlander involvement, whether it’s in front of the camera, or behind the microphone!

This interview was conducted by Susie Brown, a writer and teacher librarian who lives in Australia. She hopes that Ross succeeds in his dream of interviewing Tom Hanks - and would love to see both of them on season 4!
Posted by Outlander Homepage at 6:42 AM