Is there a Doctor in the House? An interview with Wil Johnson by your Aussie Blogging Lass

After her emotional return through the stones before the battle of Culloden, Claire Fraser spent years trying to find a way to live without the love of her life. As she trained to become a doctor, she finally found an ally in Joe Abernathy. Two “fish out of water” - she as the only female intern and he as the only black intern - Joe and Claire became close friends and it was to Joe that Claire turned for advice and support. The appearance of Dr Abernathy is one that is hotly anticipated by fans awaiting the premiere of season 3 and luckily for us, actor Wil Johnson, the man who will bring him to life, agreed to talk to us here at Outlander Homepage. 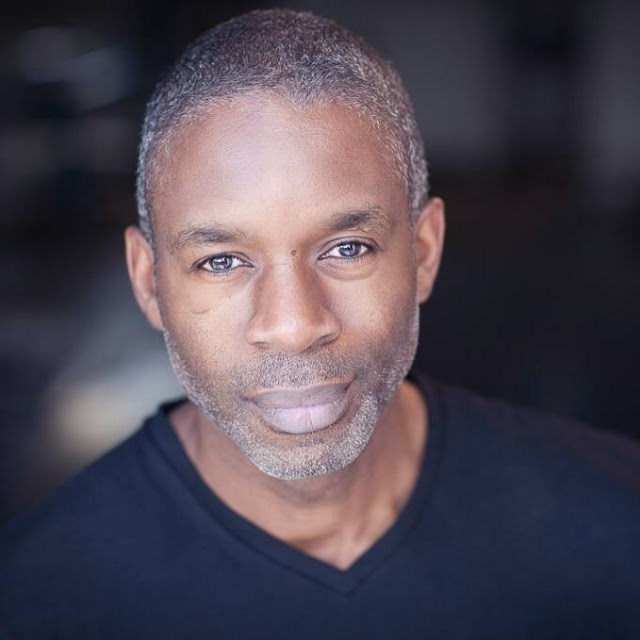 We began by asking Wil how he became an actor and were surprised to find that it happened entirely by chance!

“At school I was never into acting at all, to be honest,” Wil explained, “but I had to do it as a compulsory subject. One day, a school play was being mounted and the lead actor dropped out, so my drama teacher asked me if I would be prepared to step into the lead role. At first I refused, but then I found out that the leading lady was a girl I quite fancied and wanted to ask out. So immediately I volunteered my services - with an ulterior motive, of course!”

So did it work?

“No!” laughed Wil. “I didn't get the girl BUT I got something far more important. I found my vocation.  At 16 years old, I knew I wanted to become an actor.”

Bit parts on television soon led to longer appearances and named characters, as well as featured roles in films and on stage. With such a range of experiences, we wondered if Wil had a favourite medium or a preferred role.

“Theatre, television and film all offer their own unique challenges and I relish each and every one of them,” Wil replied, “so I don't have a preference  - apart for the preference of 'the next challenge'. I don't have a standout role in my repertoire either, because each role I commit to I give 100% and then some. As a result, I am satisfied with the end result of all of the roles I have inhabited over the years.” 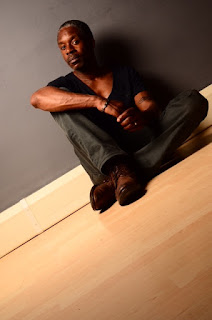 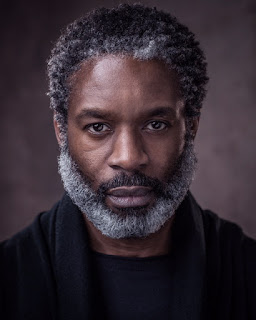 And what about his latest role? We asked Wil to tell us how he came to join the Outlander family.

“The process for auditioning for Outlander was really quite simple,” he said. “My agent put me up for the role, I got a call for the audition, went in, read two scenes which the Casting Director recorded and then 4 weeks later I got a call from my agent saying I’d been booked for the role of Joe Abernathy! Yaaaay!!!! Happy days!”

Happy days indeed! With the role of Joe being pivotal for the part of the story that deals with Claire’s time back in the 20th century, we wondered how Wil approached the creation of his character.

“Depending on the role I'm about to play, I’ve always had a slightly different approach,” Wil explained. “With Joe being my first American role on TV, it was crucial for me to get the American dialect spot on. So I spent a lot of time going around speaking with an American accent in everyday life - on the phone to people, buying things from the shop and so on. I wanted to get comfortable with it so that I wasn’t focusing in on the accent while on set and could just concentrate on getting my acting for the scenes right. I was wary about reading the books because I didn’t know how much was going to be included. Instead, I read breakdowns of the books and the character, so that I could get an overall feel for Joe. Then I went straight from the scripts that were given to me.”

Given that Wil is now very familiar with the man he is to portray, we asked him to describe Dr Abernathy in five words.

And does he see similarities in his own personality?

“Yes there are similarities,” Wil agreed, “which is rare when you're playing a character that is not only from a different time in history, but also from another continent!”

When we asked what life was like on the Outlander set, Wil’s response was emphatic.

“Being on the set of Outlander was AWESOME!!" he said. “The scale of everything was mega and the attention to detail was out of this world. I loved every minute.”

Of course, there is another very important string to Wil’s performing bow, that of professional DJ. We wondered how DJing fit into the overall creative picture.

“DJing has been in my life since I was 12yrs old,” Wil said. “I started a sound system with my brother when we were at school, playing at local parties and it developed from there. I've actually been a DJ longer than I've been an actor. Music is a huge part of my life and always will be. Being able to entertain people through music is the ultimate buzz for me. As for combining my acting and my DJing, it’s quite easy. The acting comes first and when I have free time, I DJ.” 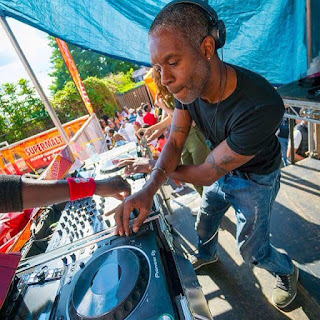 With such a busy life, we wondered how much free time Wil is actually able to enjoy!

“Oh, my down time is very simple,” he replied. “Quality time with my wife and children, cooking, watching movies, going to the cinema or the theatre - and not forgetting a cold winter’s night in front of the log fire with a glass of Prosecco and a bar of chocolate!”

Finally, as fans gear up for season 3 and Claire’s ultimate return through the stones, we asked Wil where he would travel to, if he could.

“Where would I go? Good question! I think I would go back to see my ancestors pre slavery, waaaay back to Africa.”

We’d like to thank Wil for giving up his time to chat to us and look forward to seeing him bring Dr Joe Abernathy to life!

“Skinny white broad with too much hair, but a great ass,” he said at last. “Nice tits, too,” he added, with a cordial nod. “That what you want to know?” “Yes,” I said, relaxing my rigid posture. “That’s exactly what I wanted to know. It isn’t the sort of question you can ask just anybody.” He pursed his lips in a silent whistle, then threw back his head and roared with delight. “Lady Jane! You’ve got you a man!”

"Do you still love him?"


This interview was conducted by Susie Brown, a writer and teacher-librarian who lives in Australia. She recently saw Wil portray Claudius in ‘Rosencrantz and Guildenstern are Dead’ and can’t wait to see him become Dr J!

Posted by Outlander Homepage at 10:01 AM