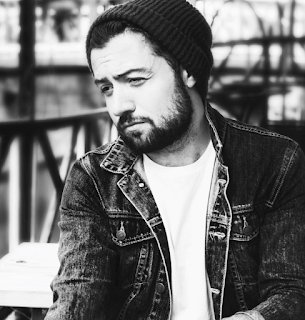 If you had no choice but to fight in a battle that would probably cost you your life, chances are that you’d want some loyal people around you, like the men of clan MacKenzie. In the opening episode of season 3, viewers got to witness the action and aftermath of the Battle of Culloden. Although facing certain death, none of the surviving MacKenzie clan would leave the others to their fate. One of these survivors was the written-for -TV character of Killick, portrayed by Scottish actor and musician John MacLarnon. Amidst preparing for the upcoming launch of his EP, John kindly agreed to chat to us about his Outlander experience.

First of all, we wanted to know more about John and how his acting journey began.

“I was born and raised in East Kilbride, a town just outside of Glasgow,” John said, “but I’ve been living and working in London for the last 6 years. I actually got into acting quite late on. I was involved in many productions in Glasgow’s amateur theatre scene in my early twenties, however I never really dreamed of making a career out of it.  I then lived in Australia for a year and when I returned I decided to give it a go and audition for drama school. I got in and all of a sudden I didn’t want to do anything else! 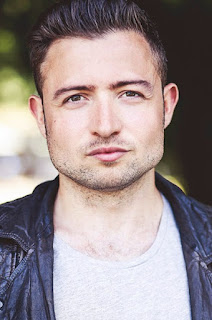 So I went to drama school in Glasgow and actually studied Musical Theatre.  After graduation I moved to London and worked for the next 3 years predominantly in musical theatre in West-End shows such as  We Will Rock You and  The Commitments.  After I finished in  The Commitments  I decided I wanted a new challenge and began focusing on more television, film and straight theatre work.  In the last couple of years I’ve been lucky enough to be part of the 40th anniversary company of Mike Leigh’s  Abigail’s Part  with Sherlock’s Amanda Abbington and most recently in  Apologia  in the West-End with Stockard Channing.  Outlander marks my first screen role and hopefully it’s the first of many.”

So how did John come to join the Outlander production?

“Well, first off I was a fan of the show,” John told us. “I had watched both seasons and knew a few actors who had appeared in it, so it was a real privilege to be offered this role. 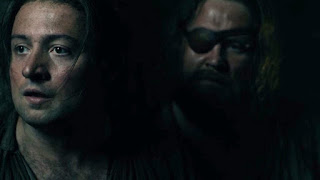 When I read the full episode script for the first time, I remember thinking how beautifully written it was, especially the scenes post battle in the cottage.  I knew the character of Killick was written for this episode and didn’t feature in the books therefore I felt the best way to prepare was to do some research into the Battle of Culloden to try and understand the plight of these men and women of that time.  Also I drew upon my favourite Robert Burns poem  The Lovely Lass O’ Inverness which is a lament for those who fought and died at Culloden and describes the effect is has on a woman who has lost all the men in her family. I kept in the back of my mind, whilst preparing, as it always reminded the extraordinary lengths these men were willing to go to for what they believed in.  If you have never read the poem I highly recommend it.

(And if you’re as curious as we were after hearing that, you’ll find the poem here: http://www.cobbler.plus.com/wbc/poems/translations/498.htm)

So with Burns’ inspiration fresh in his mind, we asked John how he found the experience of filming an episode that dealt with that very battle.

“It was quite surreal filming it actually,” John said. “The cast and crew on the show are truly some of the nicest people I have worked with, so standing outside the cottage waiting for the shots to be setup, there was a really lovely friendly atmosphere. There was a lot of laughing and joking. 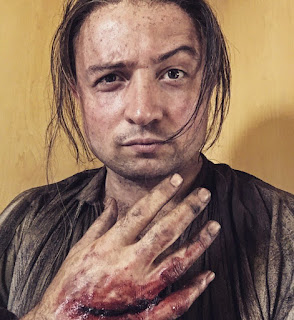 Then when we walked into the cottage, you could hear a pin drop. There were men littered all over the floor and it all became incredibly real.  My scenes with both Grant and Sam were a joy to film. It can be quite nerve wracking turning up to an established show that has been extremely successful and having to dive in at the deep end.  Both of them however were such gents and gave so much, which immediately put me at ease and I am really proud of the outcome of those scenes.
They were very long days. I had to be in make up by 5.30am to get a grizzly prosthetic leg wound applied - however I noticed in the episode that it didn’t make the cut, so I could’ve been an extra hour in bed!”

It seems impossible to imagine that amidst such dramatic scenes there could be any humour, but John admitted that he actually had a hand in one of the more lighthearted times, albeit unintentionally!

“There was a particularly moment in the cottage where they had set up a beautiful panning shot which went from a highlander being shot, to Rupert, to Jamie then round to me and a view of the soldiers reloading,” John explained. “We rehearsed it and got ready to film.  Just before we started, Brendan the director asked me to slump against the door at the last moment. He asked if I wanted to rehearse it and I confidently assured him I’d be fine.  The guns were loaded, the stunt actor fitted with squibs, cameras set, actors set and he called action.  The shot went beautifully as planned and then the camera arrived at me and I dutifully slumped against the door frame - which of course completely gave way and fell to the ground in a heap!  It had to be rebuilt and everything set again, but at least we had a laugh.”

Given the amount of research he did to understand the time period for his character, we asked John where he would like to go, if he had the opportunity to travel through the stones to another time.

“As a musician and huge music fan, I’d love to have travelled through the stones to 1969 and go to Woodstock,” John answered.  “The idea of seeing these unbelievable bands and artists who have stood the test of time all in one place is crazy and I think it would just have been an unbelievable experience.  Maybe that’s an idea for season 5?” he joked. “I’d love to see hippy Jamie and Claire! Ha!”

So with his time on Outlander over, we asked what’s next for John - and the answer is pretty exciting!

“I’m actually just about to release my debut EP on Monday November 20th,” John told us.  “It consists of four brand new songs I have written and recorded.  I have been working on them for a while now and I am so thrilled with the finished product and can’t wait to release them and let people hear them.  The EP is entitled ‘Thirty Two Winters’ and will be available to buy and stream on all major music platforms.  I am also playing two launch nights to celebrate the release, one at Drygate Brewery in Glasgow on Nov 23rd and a second at Above The Arts Club in London on Nov 24th.” 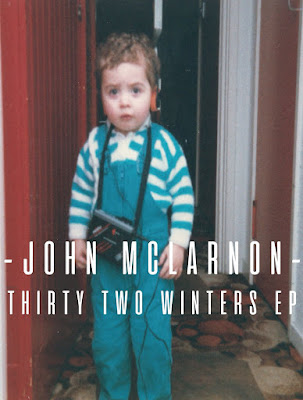 We’d like to thank John for his time and for giving us a glimpse into the season’s opening episode. We wish him every success with the launch!

This interview was conducted by Susie Brown, a teacher-librarian and writer who lives in Australia. She thinks of John as a fellow Aussie now, given that he lived here for a year - and is looking forward to downloading his album!

Posted by Outlander Homepage at 7:21 AM