One of the things I most enjoy about any Outlander book, is how Diana so artfully melds well researched historical facts with her imagination, to create the most riveting fiction. Case in point, my favorite volume from the series of novels, Voyager, and the maroon's ritual, and uprising. 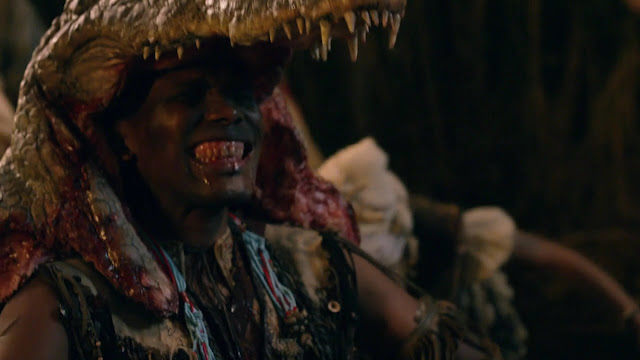 I can't claim for a fact that those scenes are loosely based on actual events that occurred in Jamaica, in the eighteenth century, but I can tell you about several similar events that really did happen during that time.  Hopefully this true story, in relation to our favorite fictional story, will help relieve the doldrums of droughtlander.  So, let's begin with a brief history on the people known as maroons, and their role in the Tacky War (May - July 1760).

The term "maroon" is believed to have originated from the Spanish word, cimarrón, meaning wild and/or untamed, and was commonly used in reference to runaways, or castaways. When the British ousted the Spanish, and took control of Jamaica in 1655 the term "maroon" was used for the African slaves abandoned by their former Spanish masters who joined with other freed blacks, and indigenous islanders to create sustainable agricultural communities. These maroons also conducted raids on local sugar plantations, similar to the raiding parties of Native American tribes. (Seminole is also  thought to have derived from cimarrón, which I find rather interesting.) As the British increased their slave population to increase their sugar production, maroon populations grew, the raids became more frequent, evolving into outright revolts, eventually leading to treaties, and ultimately the abolition of slavery in the British Empire. 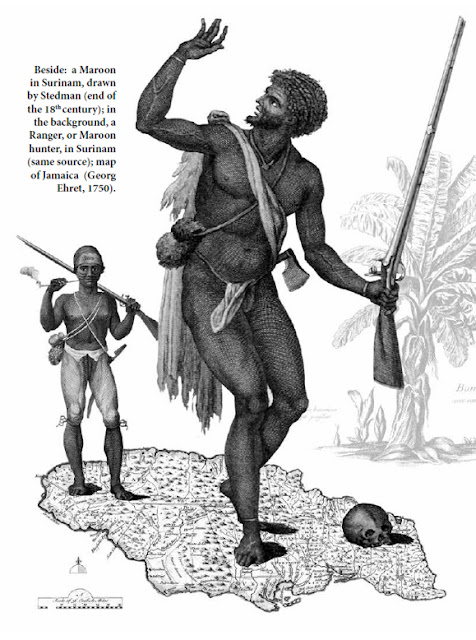 The Tacky War is not a trailer park Christmas lighting competition, nor is it a fashion show for hookers, but it was the Caribbean's most significant slave rebellion, led by an escaped Fante slave named Takyi, aka Tacky.  Tacky was very cunning, and fluent in English, which, surprisingly, was not uncommon among the tribal ruling classes of his Central African region ( modern day Ghana). He was king of his village, and sold many of his rivals defeated in battle into slavery. We all know, what goes around, will come back around, and sure enough, King Tacky ended up on the losing end, and was sold to the slave trade by his victorious enemy.

Unable to find any recorded information regarding Tacky's escape, and position in the communities formed by escaped slaves (Maroons) on Jamaica, I assume he was a leader among the maroons, hence his ability to lead his people to revolt. There is mention that one year prior to his uprising, Tacky holed up in a cave, with several others, to plot the insurgence he hoped would result in an all black, freed slave nation he would rule, restoring his rightful place among his people.

In the predawn hours of that first May morning of Tacky's War, Tacky led his fighters in raids on two properties, easily killing the owners, and over taking both Frontier, and Trinity plantations. Excited by their easy success, the growing band of warriors continued towards bigger targets, such as Fort Haldane. There they murdered the fort storekeeper, and stole away with four barrels of gun powder, forty firearms, and ammunition. This new notch in his belt, further inspired Tacky, and two more plantations, Heywood, and Esher, were added to his growing war chest. 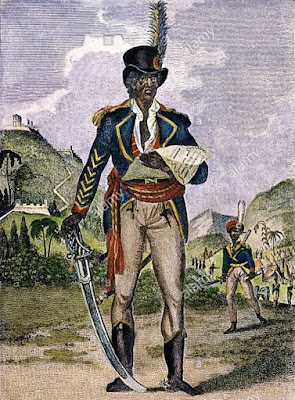 Sunrise found Tacky briefly halted at Ballard's Valley, where his ranks now numbered in the hundreds, as more and more slaves joined his troop. While celebrating the morning's victories, one remorseful slave from Esher plantation, was able to sneak away, and inform local authorities.  Continuing their revelry unaware, Obeahmen, circulated among the newly victorious, dispersing protective powders they claimed would keep the fighters from death, or injury, proclaiming for all to hear that Obeahmen could not be killed, further raising confidence in their endeavor.

Once the Jamaican government learned of the violent events, a mounted militia of less than 100 men, along with several Maroons who were bound by a previous peace treaty with the British, were sent to suppress the rebellion. Hearing of the Obeahmen's boast of immortality, this militia captured, and killed, one of them. His corpse was left to hang like a ornament, ceremonial mask of bones, feathers, and teeth left on, in a prominent spot, highly visible by the rebel camp.  As intended, this site rattled rebel confidence, inspiring quite a large number to drop their weapons and return to their former plantations. With less than fifty men left, Tacky, and his followers fought on. 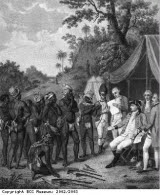 Outnumbered, Tacky and his crew were now hunted through the woods, chased by militia, and maroons. Among the maroons was a marksman known only as Davy.  In a rare feat of speed and agility, running at full speed, Davy shot Tacky, then decapitated him, as proof he had indeed killed the rebel leader.  Davy reaped a rich reward, and Tacky's head was mounted on a pole at Spanish Town, for all to see what happens to those who go up against the crown. A follower, friend, or perhaps family member, later removed the rebel leader's head in the middle of the night. The remnants of Tacky's army were discovered dead in a cave near Tacky Falls, having preferred suicide to returning to slavery.


Although the Fante king's coup failed, it did inspire several more uprisings in the months following Tacky's defeat.  By the time peace was finally fully restored to the island, at least 60 whites, and over 400 slaves lost their lives. Ringleaders were caught and punished by death, two recorded as being burned alive, two others, caged like animals at Kingston Parade, died of starvation. According to one historian, Professor Trevor Burnard, "Tacky's War was only surpassed by the American Revolution in terms of detriment to the Imperial system."

The final straw that broke the British Crown's system of slavery occurred in 1831. What began as a peaceful work strike led by a Jamaican native, and Baptist preacher, named Samuel Sharpe, quickly swelled into what became known as the Baptist War. This time, missionary educated slaves keenly aware of the growing abolitionist movement in the United Kingdom, joined ranks across the island, swelling their ranks to nearly 60,000 rebels. This event is fodder for a future droughtlander blog post, but it did eventually result in the abolition of slavery in the British Empire, three years later in 1834.


Albeit fictional, rather than historical, Jamie and Claire Fraser do get to play somewhat significant roles in historically based events, thanks to the imagination of a marvelous writer. Even though it's only intimated in Diana's story, I like to think that Claire witnessed the personal history of her very dear friend Joe Abernathy that fated night in the tropics. What do you think? 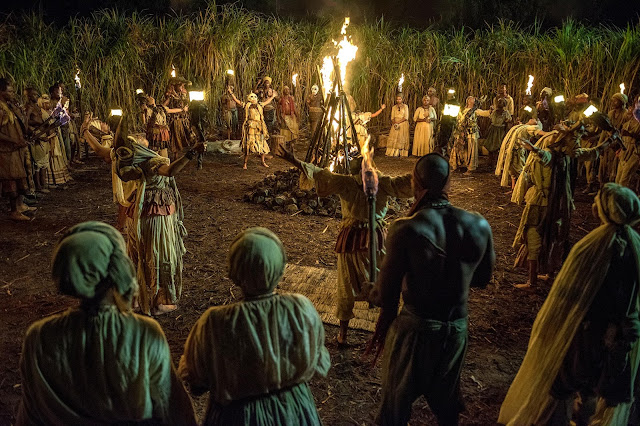 
Posted by Outlander Homepage at 1:12 PM