“A Wolff in Sheep’s Clothing” - an interview with season 4 actor, Lee Boardman conducted by your Aussie Blogging Lass

Season 4 has introduced a number of new characters to the Outlander family. From bloodthirsty pirates like Stephen Bonnet, to Jamie’s formidable aunt, Jocasta Cameron, each of the new faces interact with the Frasers as their adventures continue. One such new face belongs to Lieutenant Wolff, a naval officer with designs on the River Run estate. Wolff becomes one of Jocasta Cameron’s suitors, although she is well aware of the reason for his attentions. He considers himself a man of some importance and takes personal offence when Jocasta chooses Jamie as her heir. So what is it like to play this unlikeable character? Actor Lee Boardman agreed to chat to us here at Outlander Homepage, about both his career and his on screen persona. 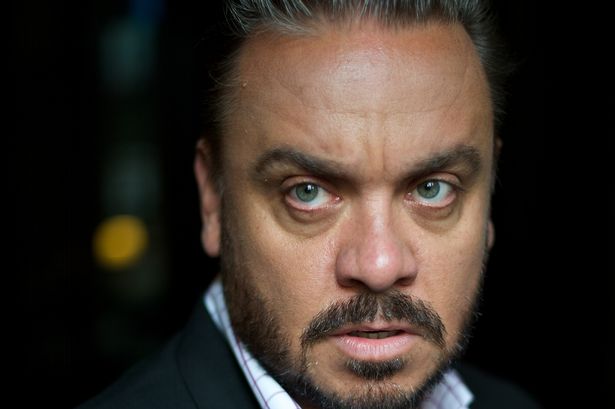 We started by asking how Lee chose acting as a profession.

“I knew I wanted to act from the age of 14,” Lee said, “and I feel lucky that I knew from an early age what I wanted to do with my life. I’ve been fortunate to have had a wide and varied career. I got a scholarship to The Oxford School of Drama and started out in classical theatre before falling into TV and film work.”

And what were some of his projects before appearing on Outlander?

“I’ve been fortunate enough to be in many TV shows over the years,” Lee told us. One of the ones you’d know internationally is the HBO series Rome, with my old pal and Outlander alumni Tobias Menzies. Tobias is a wonderful human being and we had some great times shooting that series in Italy over two years! I was also in another Starz series, Da Vinci’s Demons, in which I played Amerigo Vespucci, the discoverer of America.”

Playing disreputable or controversial characters is not new to Lee, as he soon explained.

“I was the murderer in Harlan Coben’s The Five series on Netflix,” he said. “I’ve also recently completed filming the forthcoming movie, Brexit, opposite Benedict Cumberbatch, in which I play campaign co-founder, Arron Banks.”

So how would Lee describe Outlander’s Lieutenant Wolff?

“He is pompous, ambitious and greedy in all ways,” Lee said. “I’m delighted to be portraying him, but want to assure you all that I’m nothing like him!” 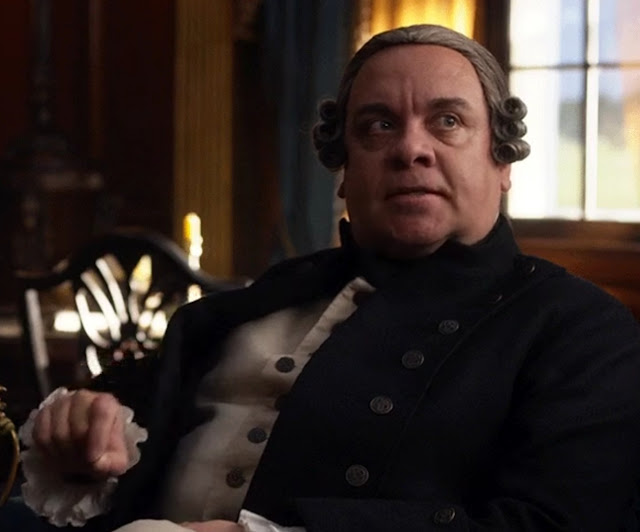 When we asked Lee to tell us a bit about life on the Outlander set, he had nothing but good things to say.


“The Outlander team are such a great bunch of people - cast, crew and production team,” Lee enthused. “It’s been a joyful thing. The operation is so professional and ‘bedded in’. Cait and Sam lead by example and set the tone. Everyone is incredibly kind and supportive and I’ve rarely laughed as hard on any set!”

So, what did a typical day involve?
“The fun always started at Glasgow Airport, and being picked up by one of the lads,” Lee said. “We had a few days up at the Gleneagles Hotel which was absolutely wonderful. The martini bar took a hammering!”

As for the actual scenes themselves, Lee had a particular observation to share.

“I’ve found that the more harrowing the scene to shoot, the higher the level of giggles,” he said. “I think it’s a subconscious thing, in order to help you cope with the scene. We had a scene where we were all in fits of giggles, literally crying with helpless laughter before a take. An actor’s brain works in strange ways!”

And how does Lee relate to his co-stars? While he has nothing but praise for everyone, he singled out three for special mention.

“Firstly, I have such fun on set with the brilliant Maria Doyle Kennedy, who’s a joy,” Lee told us. “In fact, I’m often guilty of trying to make her laugh mid-take. Once I told her that I imagined Wolff had previously told Jocasta that he looks like Tom Selleck in Magnum. She can’t see him so she doesn’t know! Next, James Barriscale, who plays Farquard, is incorrigible and has become a great friend. Finally, Sophie Skelton (what a brilliant actress she is!) comes from the same town as me, so we feel like a couple of Stockport gangstas!” 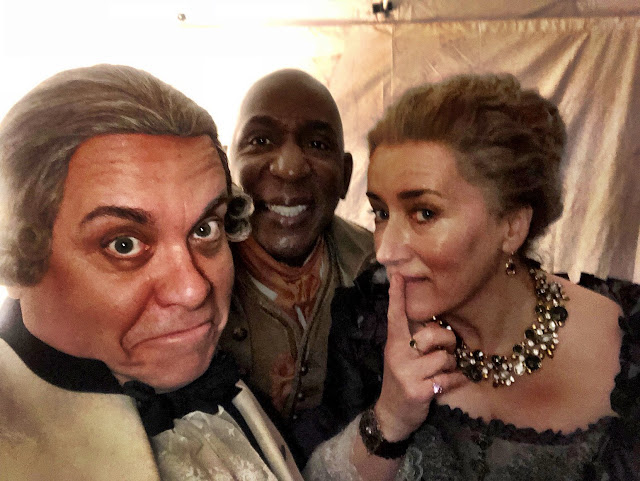 When we commented that the Outlander set sounded like a great place to be, Lee agreed wholeheartedly.

“I’ve had some very happy times on set,” he said. “It’s a huge privilege to be a part of this show. It’s an amazing series of books and they’ve been transposed to the screen so well.”

Given that the workload on Outlander is well known for being intense, we wondered what Lee likes to do when he has some down time.

“My down time involves spending time with my wife and kids and concentrating on our acting school, ‘Actor Tribe’, Lee replied. “We set it up more than 5 years ago and it’s been a joy to see students come in and learn and get work in the business. Our ethos is one of inclusivity and I know the work we’ve done there has changed lives for the better. It’s an absolute joy in our lives.” 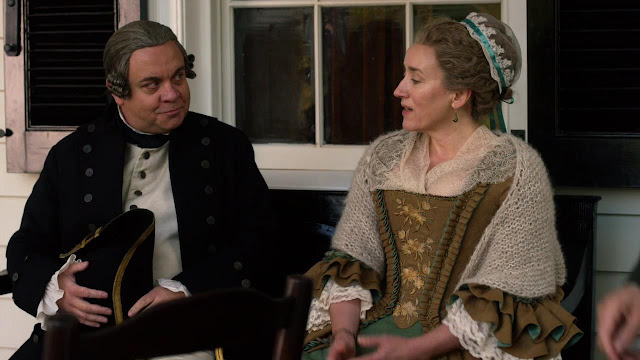 And if he could have a perfect day?

“A perfect day for me involves an excellent bottle of red wine and a long country walk, before sitting down and watching a BAFTA screener in front of the fire.” Lee said.  “Bliss!”

Finally, we asked Lee where he would like to go if he could travel through the stones himself.
“Oh, I’d love to go forward 100 years into the future,” Lee answered. “Dental hygiene of the past makes me feel uncomfortable going back in time! If you pinned me down, I’d say the Louis XIII’s House of Bourbon. I’d even get a nice cognac out of it!”

We’d like to thank Lee for giving up his time to answer our questions and hope that we see the disapproving Lieutenant Wolff on our screens again soon! 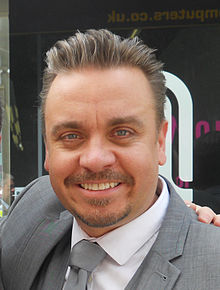 This interview was conducted by Susie Brown, a writer and teacher-librarian who lives in Australia. She’d love to hear more about Lee’s ‘Actor Tribe’ school and wonders if any of its alumni might appear in future Outlander seasons!

Posted by Outlander Homepage at 10:36 AM