The power of love is often symbolised by a flame, a fire that burns bright within one’s soul. In literature, many characters have sacrificed themselves for love, with Shakespeare’s star-crossed lovers Romeo and Juliet perhaps the most famous. In the penultimate episode of Outlander’s season 4, viewers saw another pair of star-crossed lovers make the ultimate sacrifice, when Father Alexandre Ferigault chose death over spiritual dishonour and his lover, Mohawk healer Johiehon, calmly walked to join him in the flames. It was certainly an affecting scene to watch, but what was it like to film? Fortunately for Outlander Homepage, actress Sera-Lys McArthur agreed to discuss her days on set as Johiehon, as well as sharing a bit about her acting life. 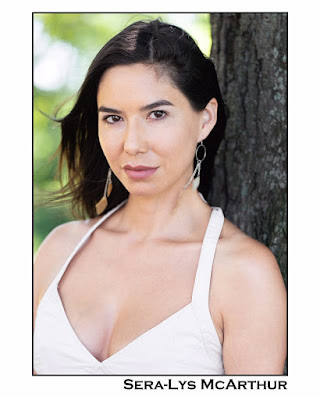 The acting life came naturally and early to Sera-Lys, who found success without any formal training.

“I was 13 years old and I was cast in a Canadian miniseries on CBC called Revenge of the Land,”  Sera-Lys told us.  “It was only my second audition ever and I had yet to officially take an acting class. I got the audition because they were looking for a young Metis (mixed Indigenous & White) girl to play the daughter of a character played by Carmen Moore. It was an amazing experience and I wanted to keep doing it.”

As it turns out, Sera-Lys would work with Carmen on screen again, as both were cast in Outlander. (Carmen portrayed Wahkatiiosta, the Mohawk woman who attempted to aid Jamie and Claire in the rescue of Roger, getting herself banished in the process.) Although they didn’t share much screen time together, Sera-Lys was thrilled to have a familiar face on set.

“It's wonderful that I was able to share my Outlander experience with a friend and colleague like Carmen, whom I've known for so long and remained close to,”  she said. 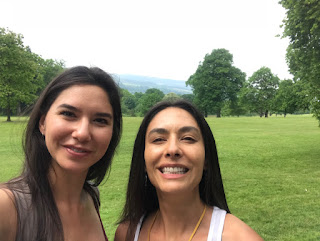 The Shadow Lake scenes were often quite volatile, but Sera-Lys’ character, Johiehon, exuded a gentler presence. We wondered how Sera-Lys would describe her character.

When discussing her time on the Outlander set, Sera-Lys was full of enthusiasm.

“I had a wonderful time on Outlander. It was truly a marvellous experience!” she said.
“One of the most special things was spending time with the other First Nations actors and supporting artists from Canada. I was able to connect with an elder from my own linguistic heritage (Nakota), make some great new friends, and reconnect with old friends and former colleagues. We were all very excited for one another and you could feel a real sense of community during our Mohawk village scenes.” 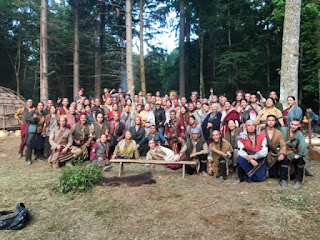 With all the drama, we wondered whether there was also time for humour on the set.

“First Nations people are known for their unique humour, not unlike the Scots!” Sera-Lys observed. “That was something that really worked on set, the crew seemed to actually appreciate all of us, and we them! You should definitely look at some of the hilarious videos that actor Gregory Odjig has posted! They did some hilarious behind-the-scenes videos that include some set pieces like "fake" rocks and some pro wrestling moves.
Richard Rankin was right in there with them!”

As it turned out, even the saddest scenes ended up having some unintentional humour.

“One of the cutest moments was when I would put down my baby (played by Scottish twins named Sadie and Neve) in the final scene,” Sera-Lys explained. “The problem was that she learned how to roll out of the basket. So we had to cut a couple of times, because she kept doing it. She knew everything would stop and someone would pick her up if she did it - a real upstager, that one!”

But it was the final moments of episode 12 that will remain the most memorable for viewers, as Johiehon walked to her fiery death. We asked Sera-Lys to talk us through that scene.

“The final fire scene took two full days of filming,” Sera-Lys began. “And for me that meant a LOT of crying. There are many specific angles with effects that need to be captured to pull off an epic last scene like this. We filmed with no fire and actors in, low fire with Yan's stunt double, medium fire with both of our stunt doubles in flame retardant suits, and full blaze with mannequins for the end. It was amazing to witness and partake in. At one point I walked up to the blazing stunt man before diving out of frame; I had never seen anything like it in my life! It was surreal and unforgettable. There was added pressure in that the stunt people can only be on fire for 15 seconds and each take is very expensive, so there was definitely a sense of needing to get it right. I'm so glad we got it!”

After such a dramatic ending to her time on set, we asked Sera-Lys what she enjoys in her down time and wondered what her perfect day would be like.

“I love to go horseback riding, practice Kung Fu, sing, watch plays and musicals, walk in the park and go to museums,” Sera-Lys said. “A perfect day for me would start with an early morning horse ride out in the woods, followed by a lengthy visit to a Turkish spa with a massage, then a delicious meal at a restaurant with a paleo-inspired menu, followed by a nightcap at a mezcal bar... you know, nothing fancy!” 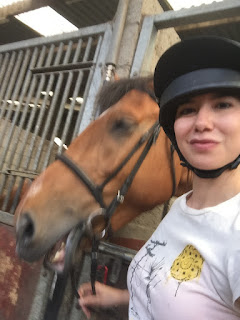 In reality though, Sera-Lys will have little time to spoil herself, as she will be very busy, with many acting projects on the go.

“Coming up there will be some releases of independent feature films I was in,” Sera-Lys told us. “I have a lead role in Robbery, by first-time director Corey Stanton, starring Art Hindle. It will be screening in February at the Victoria Film Festival on Vancouver Island, BC and also won Best Canadian Feature at the Toronto After Dark Film Festival. Other films include We by Mani Nasry, which opened in Toronto for a limited run in late January; Corruption of Divine Providence and Shaidan with Title Card Pictures (supporting roles, post production); and I also had a supporting role on Monkey Beach by Cree director Loretta Sarah Todd. Off camera I can be heard narrating a couple of audiobooks on Audible: Call of the Rift: Flight by Jae Waller, and Land Mammals & Sea Creatures by Jen Neale. Currently, you can also catch me in Friends From College on Netflix episode 203 opposite Cobie Smulders and I will appear in the second season of a dark comedy web series called Running with Violet. In April, I will be in a world premiere of a play by Cherokee playwright Mary Kathryn Nagle at Portland Center Stage in Oregon called Crossing Mnisose.” 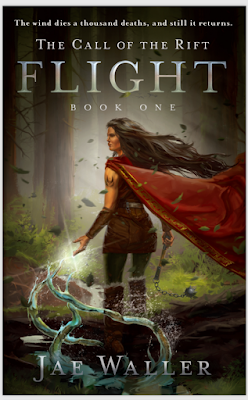 Finally, we asked Sera-Lys where she would choose to go if she was able to travel through the stones.

“Ooh, that one is tough!” Sera-Lys answered.  “But I must admit, because of Outlander, I've fantasised about going back and attempting to thwart initial colonial European contact with the Americas. I would encourage the Taino not to trust Columbus and his men and to make sure those ships never returned across the Atlantic. I would warn them about disease. The messed up part is, that if I did that, I would be erasing my own existence from the planet! ... It sounds like an excellent limited series, don't you think? #OutlanderSpinOff!”

We’d like to thank Sera-Lys for taking the time to answer our questions and look forward to seeing and hearing her again soon.

This interview was conducted by Susie Brown, a writer and teacher-librarian who lives in Australia. She would watch Sera-Lys’ spin off series in a heartbeat! 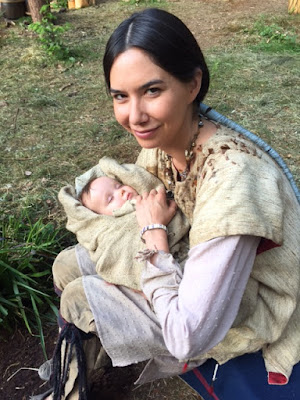 Posted by Outlander Homepage at 9:42 AM