We have a prequel! Blood of my Blood. The (original) Frasers are here! 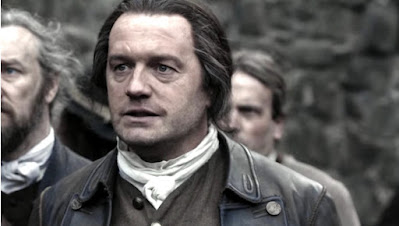 An excerpt from (my fabulous friend and an even more fabulous writer) Courtney Williams of her Blog spot, Outlander Behind the Scenes.

Starz just announced that a new Outlander prequel, Blood of My Blood is in the works. We will get the same A team who just gave us brilliant Season 6 of Outlander and who are currently producing Season 7: Matt Roberts (will be writer showrunner /executive producer), Maril Davis – will also be executive producer, Ron will be involved as Maril’s partner, and Diana will continue to consult.

Fascinating, since this prequel is currently being written by Diana and hasn’t even been released yet! So, will they come out together??? How cool would that be? And who might play Younger Jamie? Wow. And will they bring Andrew Whipp back as Brian Fraser?  Or will they re-cast? (He’s 52, so that may be a stretch!

So many questions abound! And, not least among them, what about Season 8? Does this mean anything for Season 8? Fans immediately started speculating on Twitter, and Matt posted this in response…

Posted by Outlander Homepage at 6:07 PM