En garde, Outlander fans: When the time-traveling series (and recipient of EW’s Poppy Award for Best Drama!) returns for a third season on Starz next year, the action will begin with the historic Battle of Culloden – a significant departure from the start of Voyager, the third book in Diana Gabaldon’s book series from which season 3 is based.

“It just felt like for the TV show, we’ve been promising this for a while and it just felt like we should have something,” executive producer Ronald D. Moore tells EW of the conflict that was first teased in the season 2 finale between the French-backed highlanders and the British army. “We should give the audience some sense of what happened on that moor.”


In the latest issue, EW offers an exclusive first look from the premiere episode when Jamie Fraser (Sam Heughan) goes mano e mano with his archenemy Jonathan Black Jack Randall (Tobias Menzies), the British soldier who raped him in prison back in season 1. The two will engage in a dramatic duel, a detail that may throw fans of Gabaldon’s best-selling books. (Voyager starts with a battle-weary Jamie having almost no recollection of the 1746 battle that marked the end of the Scottish Clan system). 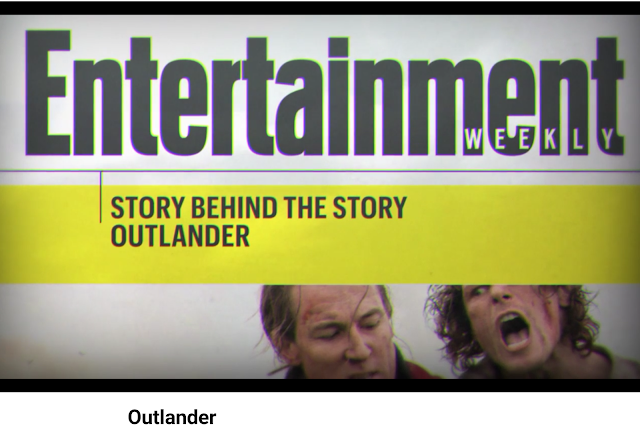 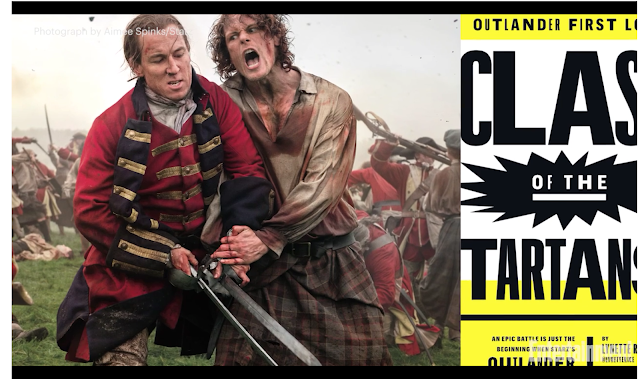 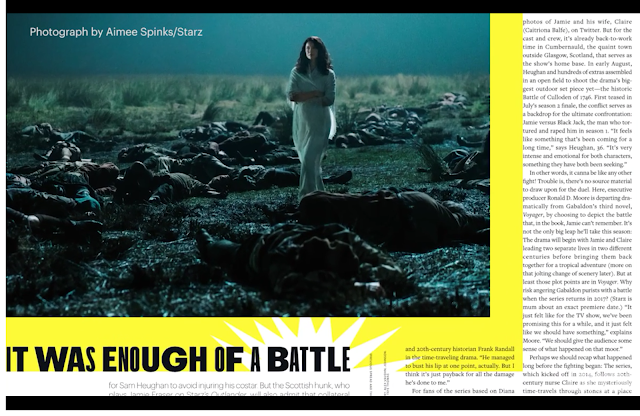 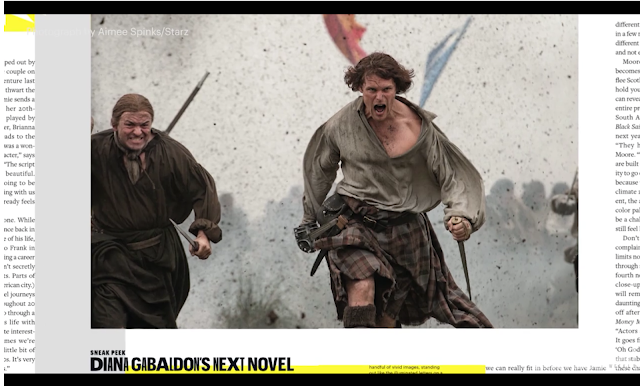 “We’re playing it out more,” promises Moore, who says the epic shoot in Scotland in August was “easily one of our biggest set pieces.”

There are plenty of other big developments planned for the new season – like Jamie’s romantic reunion with Claire (Caitriona Balfe) and their much-anticipated adventure on the high seas (we’ve got details on that, too!). Even better news: Sophie Skelton will reprise her role as Brianna, the daughter of Jamie and Claire, while Richard Rankin will return as Roger Wakefield for the drama that’s already been picked up for a fourth season.

“It’s daunting,” admits Balfe, who used her time off after season 1 to costar in this year’s Money Monster for director Jodie Foster. “Actors are completely neurotic people. It goes from ‘I would love a steady job’ to ‘Oh God, I have a steady job!’ But to have that stability, and to continue our lives with these characters, is really exciting.”

Wait, there’s more! Join in on the season 3 fun on Oct. 3 by tuning in to a special edition of Outlander Live! on EW Radio. Lynette Rice and Amy Wilkinson will interview executive producer Maril Davis, give away an Outlander Season 2 Collector’s Edition DVD, and take your calls! Outlander Live! airs at 2 p.m. ET on Sirius XM 105.


For more scoop on the new characters joining the Outlander action this season, plus a special treat from Gabaldon herself, pick up the new issue of Entertainment Weekly on stands Friday, or buy it here now. And don’t forget to subscribe for more exclusive interviews and photos, only in EW.

And if that’s not enough, Gabaldon will also be at EW PopFest to talk all things Outlander on Sunday, Oct. 30.

She joins a growing roster of guests, including Jennifer Aniston and the cast of Office Christmas Party; the casts of the CW’s Arrow, Supergirl, The Flash, and Legends of Tomorrow; Gilmore Girls creator/executive producer Amy Sherman-Palladino and executive producer Daniel Palladino; Supernatural stars Jared Padalecki and Jensen Ackles; the cast of Happy Endings;“Three Rounds” with the Grey’s Anatomy doctors, and many more. Plus, Eddie Redmayne will be taking the stage to reveal a sneak peak of Fantastic Beasts and Where to Find Them, and we’ll be kicking off the festivities with an advance screening of Marvel’s Doctor Strange.


Posted by Outlander Homepage at 8:05 AM