Battlegrounds, Stagecraft and the Twittersphere: life according to Scott Kyle! An interview conducted by your Aussie Blogging Lass


When Jamie and Claire Fraser left France behind them in season 2 and headed home to Scotland, Outlander fans were introduced to the character of Ross, one of the men of Lallybroch who had come to join the highland army. For the actor who portrayed Ross, it was the beginning of an amazing journey. Not even 12 months have passed since his character first appeared onscreen, yet Scott Kyle has now amassed over 100 thousand Twitter followers, earned a coveted blue tick and used his social media profile to benefit his beloved Regal Theatre. We first interviewed Scott during season 2 and he kindly agreed to this return interview, to update us on how his life has changed. 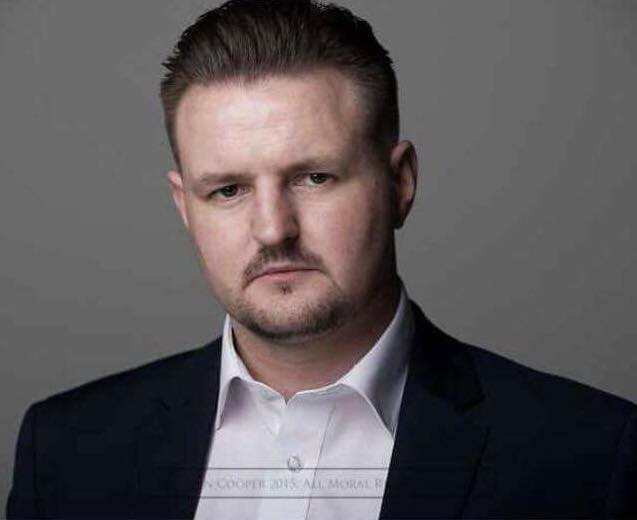 To say that 2016 was a big year would be somewhat of an understatement.
“It's all a bit of a blur to be honest,” Scott said. “The support has poured in from all over the world and there are so many great things that have happened. If I had to pick a moment that really stood out, I loved seeing the children's faces at the theatre when they got to see their new mirrors for the first time.”

Many of the Outlander cast are on Twitter and Scott is no exception. But there is one big difference that sets Scott apart from the others - he follows everyone back. While this might be an easy feat for your average Twitter user, it’s a different matter when you have tens of thousands of followers!

“Stephen Walters persuaded me to go on Twitter and he was my first follower, so obviously I followed him back,” Scott explained. “Then four people followed me so I followed them back..... and here we are and it's now 83,500 and counting.” (NB. Since conducting this interview, Scott’s following has surpassed 110,000 - and true to his word, he has followed them all in return.) “I try to get back to everyone who has taken the time to tweet or message me,” he added, “as the audience are the most important ingredient in the whole process of acting and storytelling, without them we are nothing.”

With such a following, it’s not surprising that a coveted blue tick now sits beside Scott’s name, but gaining it wasn’t exactly an easy process. Rumour has it that legendary actor William Shatner had a hand in its appearance, something that Scott didn’t exactly deny in his enigmatic answer to our question.

“The blue tick? I have an angel amongst the stars to thank for that and it was a huge trek to get it!” he joked.

Whilst appearing on Outlander, Scott’s many fans started a #saveRoss campaign and “We did not run” became a common phrase on social media. We wondered if Scott could give us any update on his involvement in future seasons. 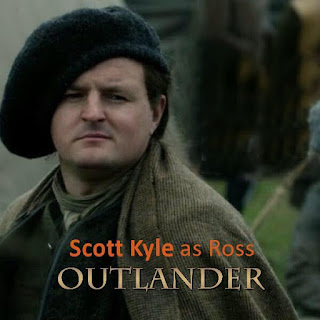 “ I was only ever in season 2 for a few episodes and nothing beyond that was ever promised or expected,” he said, “so I think we have seen the last of wee Ross. But the fans have been great and I owe them so much. Collectively they have raised over £50,000 for the Bathgate Regal and that is mind blowing. Almost a third of the income is from SAVE ROSS or KYLANDER merchandise, so it's incredible to see that level of support for an extra with a few lines. The Outlander fans are now a part of the theatre’s history which stretches back almost 80 years.”

But it hasn’t all been smooth sailing, as Scott explained.
“2016 was a really tough year for the theatre, as we had a lot of unplanned maintenance (the roof fell in for example) and we have been chasing our tail a bit. Looking ahead there is always uncertainty, because it's getting more and more expensive to run and grow the business while funding grants etc are being cut all over the arts. We look forward with hope and a belief that we can survive for another 80 years, but to do that, we need the support of the local community and our new international community too.”

This is where Outlander fans can help!

And if you’d like to see the kids in action, check out the links below.

“Throughout January, I was involved in a development workshop for a new play with the National Theatre of Scotland,” Scott said. “I'm also doing ‘BAB - The man who took too much’, an animated movie with Fraser Murdoch. There is always lots to look forward to.” 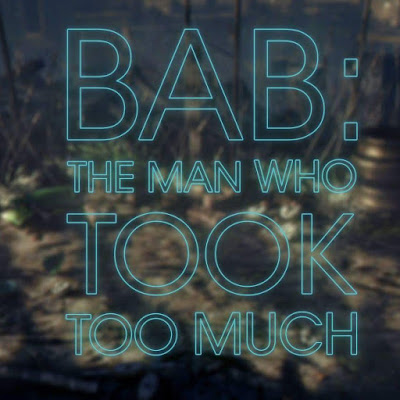 We’d like to thank Scott for taking the time to give us another interview and for the support he continues to give to his many fans.

This interview was conducted by Susie Brown, a teacher-librarian and writer who lives in Australia. She feels that if there is any karma, Regal Theatre should go on for centuries and Ross should reappear on Fraser's Ridge in future seasons!

Posted by Outlander Homepage at 1:02 PM