I have also seen fans collect tens of thousands of dollars for the charities of their favourite actors, as well as fans making the most beautiful art and videos, all dedicated to the Outlander story.

What motivates the fans do this? Why have some of them devoted the best part of their days to the Outlander story?
So far, no-one has interviewed these fans who are behind these websites, blogs and twitter handles, some of them with thousands of followers.
So, I thought that I should be the one to do that, and I have approached some of them and found them conducive to do interviews.

In doing so, I hope to understand this obsession which has taken a hold of me ever since I discovered the Outlander story in 2015.
This will be the start of my “Outlander- the fans who make it” series of interviews.
I hope you will like what I will post, as I am sure I am going to enjoy doing it.

In my second interview in the Outlander- the fans who make it – series, I chose Jacki Lippman. 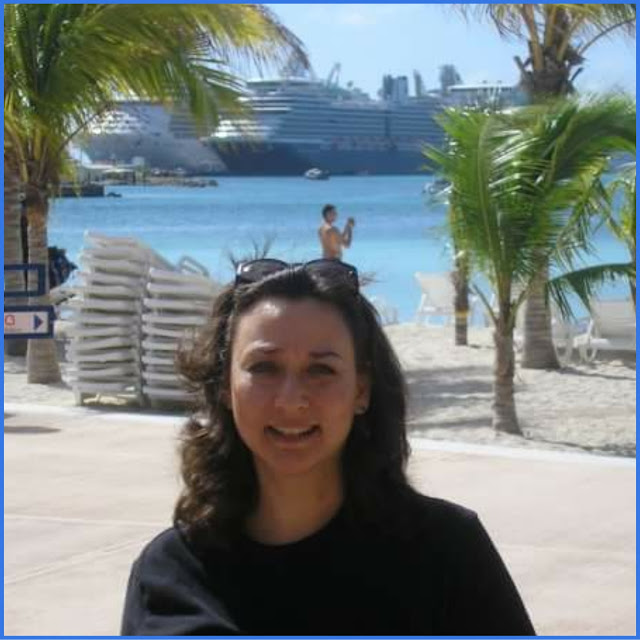 I first met Jacki on twitter at the end of 2015. We got in to a conversation about the Outlander fandom right after she had posted the message below on her twitter feed and I had picked it up and Retweeted it and got hundreds of likes:
Dear New Twitter Follower,
Thank you for following me.  It was a mistake to do so.
You may see things in my Twitter feed that will ruin your life.  The least I can do is warn you.
Do yourself a favor.  Don't ever read "Outlander" or watch the tv adaptation on Starz.
I used to have a life.  Interests.  I loved my husband. And my cats and lots of things. I had hobbies and many friends I cared about. I knew how to count to ten and beyond.  Now I count to 8 and then wait.
I enjoyed a variety of television programs like Ray Donovan and Boardwalk Empire and Fargo. I was a Whovian and devoted to all things Sherlockian. I thought many actors were talented and enjoyed watching their performances.  Now it's pretty much the cast of Outlander out in front and everyone else trailing a distant second.
I used to read other books.  I enjoyed Philip Roth, John Updike, Stephen King, Edith Wharton...
Now, I just want to re-read and then re-read the 8 Outlander books and the tiny crumbs of the imminent and blessed be BOOK 9 (cue the trumpets).   And there's a new voice in my head, murmuring, "When will Season 2 of the television show premiere? Now?  No?  Ok.  So then, now?  No?  Ok.  How about now? No? Ok."   And so forth.
I want to speak with a Scottish accent.  I want to find a man with a Scottish accent and do...things... to him.  I'm not...healthy.
You seem nice, New Twitter Follower, so I'm warning you.  Stay away from my twitter history.   You might accidentally see something there that makes you think to yourself,  "Hmm Outlander.  Maybe I'll check that out."
Don't do it.  Look away.  Save yourself.
Sincerely,
A formerly well rounded member of humanity.

● Please tell us about yourself (name, age, country where you live, profession, hobbies, etc)
My name is Jacki Lippman, I am 55 yrs old and I live in BOSTON, MA USA
I am a film producer
Hobbies - animal rescue, reading, filling my brain with useless trivia and travel


● What made you decide to become a film producer and tell us about the projects you have done so far?
I became a film producer by accident. I was working for many years for a man named Muhammad Yunus, a Bangladeshi economist and the Father of the microcredit movement.  In 2006, Professor Yunus won the Nobel Peace Prize for his global impact on poverty alleviation, and some people became interested in making a film about him and his work. As part of my job, I became responsible for helping that project along.  Hard to believe, but 12 years later that film is still in the development stages. (It was harder than we thought it would be to come up with a good script, but we finally have it and hope to start filming later this year!).
That project lead to others and now I spend most of my time developing new projects and scouting finished projects for distribution deals.  My most recent producing effort has been Adam Sigal's latest work, "Sargasso." Graham McTavish is in it, and I look forward to his Outlander fans seeing it!  I am also working with Adam on a couple of other projects, including his next film, "The Chariot," which we hope to shoot later this summer.  Toward the end of the year,  production will begin on an animated film I've been shepherding since early 2017, and if schedules permit, Outlander fans may recognize some of the voices in that film as well.


● What do you like most about being a producer? What do you like the least?
What I like most is the opportunity to work with such fun and creative people.  I'm also looking forward to sharing some extraordinary stories that I hope will have a positive impact on people who see them.  What is the most frustrating is the time it takes to complete a project.  There are so many moving parts and if one piece gets stalled, everything can grind to a halt.  A film project can literally be a few weeks from shooting and still fall apart completely.  My friend, Allison Burnett, saw that happen with the film, "Oxford," which he wrote.  (Outlander fans may recall that Sam Heughan was set to star in that film with Melissa Benoist.)  There are just so many great films that ALMOST get made that it's easy to get discouraged.  Also, though most of the people I've met in the film business are bright, talented artists with a genuine love for their craft, there are some people who don't have that kind of integrity and sometimes you have to work with them to get where you want to go.

● What advice would you give to anyone who wants to become a film producer in L.A.?
That's a tough one.  I definitely didn't follow a conventional path, but what I've experienced makes me believe it's all about relationships and having skills that can be useful. So a good place to start would be to learn everything you can about filmmaking and then make yourself valuable to someone for some aspect of it.  You've really got to want it enough to deal with all the obstacles!

● Which of your projects are you most proud or excited about?
That's a tough one.  I'm pretty excited and proud to get the film about Professor Yunus' work finished sometime this DECADE (!)  But Sargasso is amazing.  Very proud to be involved with Adam's work.  He's extremely talented, and he deserves for people to really see that.


● What do you like most about the Outlander books and show?
I read the first book around the time the second half of season 1 started airing. I was immediately charmed by the very unusual relationship between Jamie and Claire.  By the time I finished the book, all of season one was available on demand so I watched the entire season over the course of two weeks! I thought the show did a great job being faithful to their characters and their relationship, which is the thing I think distinguishes this story from other historical dramas.


● Which character in Outlander is your favourite?
I'd have to say the character of Jamie is the most unusual. So as much as I enjoyed his portrayal in S1,  it has been a problem for me that the tv production has not continued to be faithful to this book character.  In the books, Jamie is endearingly flawed, but he is also consistently honorable, wise and hard to fluster.  I'm just not seeing that as much on the show anymore.
● How has Outlander affected your life and/or lifestyle, if at all?
I have met some terrific people in this fandom and I've learned a lot about Scottish AND AMERICAN history!
● Is this the first fandom you are a member of? What made you decide to join this fandom, rather than any other one?
I have been a huge fan of Doctor Who since the 80s and have read all the Sherlock Holmes stories over and over.  I also love all things Joss Whedon and Monty Python.
However, this is the first time I've been INSIDE a fandom.  Outlander fans are something special.
● Which actor did you enjoy meeting the most?
I'm embarrassed to say I haven't met any actors from Outlander!  But I have met some really interesting people over the years because of my work with Professor Yunus. For example, Brad Pitt hung out with me while waiting to speak with Professor Yunus and took my phone away from me to spend 10 minutes chatting with my 15 year old niece. What a sweet guy.  I also spent time with Hugh Jackman, whose dad is an economist and once told his son that getting to meet Professor Yunus meant his acting career had finally paid off!
(Fun fact: while Sam is a fan of David Mustaine, his bandmate, Kiko Loureiro, is a fan of Professor Yunus!)

I look forward to meeting Graham McTavish when Sargasso premieres and I hope to meet other Outlander cast members on future projects since I think they are one of the most talented casts I've ever seen, and I would be thrilled to work with all of them!

All graphics and edited formats for this blog by, Dorianne Panich
Posted by Outlander Homepage at 4:25 PM