(This interview has been conducted by Roma Sars of, My Outlander Friends!)


My next interview in the “Outlander- the fans who make it’ series, is with Christine Gordon, Outlander fan extraordinaire and one of the admins of the Facebook group “Sassenach Society of South Jersey”. Christine and her group have collected thousands of Dollars for the various charities of the actors. 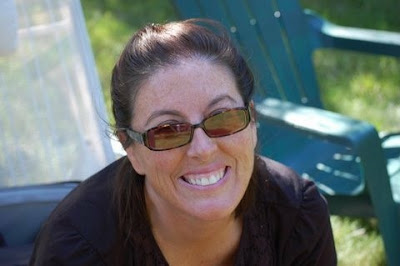 Please tell us about yourself.

My name is Christine Camiolo Gordon. I am 51 years old, and my amazing husband and I live on the East Coast of the US in South Jersey, right outside Philly. I work three jobs (Corporate Finance Manager full-time, and then teach college part-time, and run my own home-based travel agency on the side). I LOVE to travel. My parents had me at a young age, and took me everywhere with them, so I think this helped developed my love of travel. Outlander has truly helped in that area as well, as I have traveled quite a bit for events and have made some of the best new friends. My husband and I are also huge Philly sports fans and love all things Disney!

American History is my hobby. I like travel to all the historical sites in the Outlander books Diana has incorporated. This combines my love of travel and history..


How long have you been doing charity events for Outlander? Is this the only show you do this for, or do you also do this for other shows?

My friends and I got involved with supporting the charities of the Outlander cast in early 2016. Five of us from our group actually became the first US Ambassadors for World Child Cancer US. Since then, our group has decided to switch which charities we support every couple of years. Last year, we supported Steven Cree’s charity, International Animal Rescue, and this year we are joining forces with Cahonas Scotland and their efforts to educate about Testicular Male Cancer Awareness. 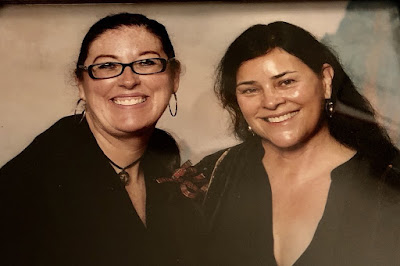 How much time do you spend every day on Outlander?

LOL!!! Probably way too much, but Outlander is my stress-relief and way of having fun, so I LOVE every minute of it!!

What I like most about the books, is Diana’s wonderful development of the characters and the stories. The books are so soul-searching, and take the main characters of Jamie and Claire on such a journey through life and love, that I absolutely love them.

What I like least about the books is the long wait in between the next one. LOL!! I can’t wait for #Bees!!!

The show is the bridge that brings the characters from the book to life for me.

What I like least about the show is the overall change in what I see them portray as Jamie and Claire’s essence. I feel like the show has changed their characters into something not as deep and meaningful. 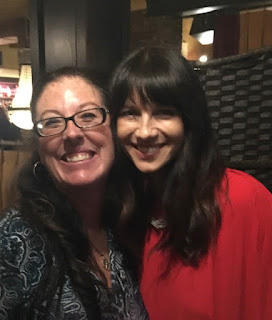 Which character in Outlander is your favourite? Please explain why.

This is a hard one… I actually have three favorite characters: Jamie, Young Ian and William. I think all three of them show what it takes to be strong and have that inner strength to survive. All of them also have this genuine kindness about them - willing to do for others before themselves. 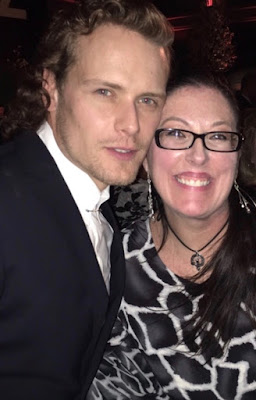 How has Outlander affected your life and/or lifestyle?

How hasn’t it? Outlander has definitely changed what I do for vacations. If there is an event in the UK, I try to plan to visit my family in Scotland around the same time. I’m co-admin of a local Outlander group, and my Outlander BFF and I are always looking for any event we can attend where we can relate it back to Outlander - because you know there is always six degrees of separation back to Outlander somehow.

A great new museum opened in Philly, called “Museum of the American Revolution”, and they always have great events for us to attend, such as Printing Press Night or Women from the Revolution.

In the past five months, we have gone to a Colonial Ballroom Dancing event in Trenton during Patriot’s Week, attended a cookie decorating class based on Drums of Autumn, had a weekend in New York for Tartan Week, done a paper making class at a NJ battlefield… So, basically, you could say Outlander has TOTALLY changed my social life. 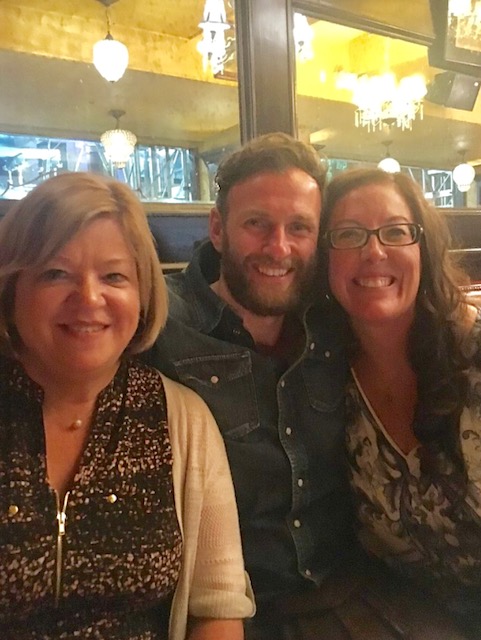 Is this the first fandom you are a member of? What made you decide to join this fandom, rather than any other one? What do you like and dislike about this fandom?

My dad is a radio executive, so I have been a “groupie” of a couple of big name musicians and, back in my teenage years, I was a HUGE Rick Springfield fan. But it was so different back then, compared to being a fan in the social media era now. Social Media has changed how people are fans (both in a good AND bad way). I didn’t know about Outlander, until my husband introduced me to it after the first 8 episodes had aired. I didn’t know about the “homegrown” book fandom until I read the first seven books in about 8 weeks. It was then that I got involved and started to see all the groups that were out there. 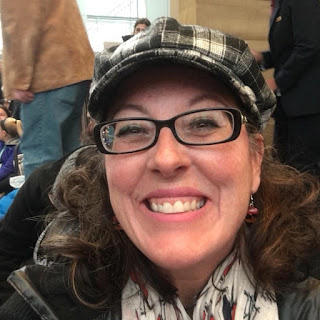 Which personality (Diana and the actors of Outlander) did you enjoy meeting the most?

One of my favorite encounters was when I met Diana and the some of the Outlander actors at RingCon in Germany in 2015. I had never been to a fan event before, and had met some new friends online who were doing a fan book for Sam and Caitriona, and they described what it was all about. So I talked my husband into a vacation in Germany, with a weekend thrown in for the fan event. Well, my husband had to cancel the day before we were leaving due to a big work issue, but told me that I should go for at least for the weekend of the fan event. It was the BEST decision ever!! Sam, Graham, Duncan, Gary and Diana were incredible to meet and interact with that entire weekend. It truly gave me an incredible perspective about being an Outlander fan, and more insight into Outlander itself. I also met so many friends on that trip, and that has made going to events and catching up with all of them so much fun. 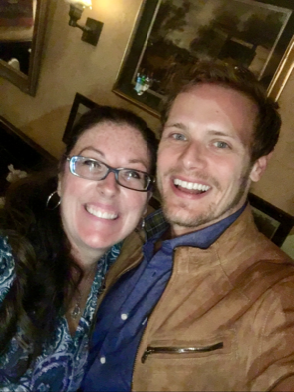 What keeps you connected to the Outlander fandom?

I am on Twitter, Facebook & Instagram. I am co-admin of an Outlander group called “Sassenach Society of South Jersey” - My Outlander BFF Celeste and I started our group to connect with other fans locally, but our little group has grown to include ladies from around the world we have met who share our love of Outlander. Our group does lots of interesting monthly contests with little Outlander goodie prizes. We would love to have others join us.


• What do you have coming up next?

There are a lot of good Outlander-related events coming up this summer, with fan events in Chicago and New Jersey. We also have a Movie and Drinks Night planned in August, to see Sam’s new movie “The Spy Who Dumped Me”. Our groups’ anniversary is also on August, so we always do a lot of entertaining things each week, during that month, to celebrate.

Posted by Outlander Homepage at 9:27 AM