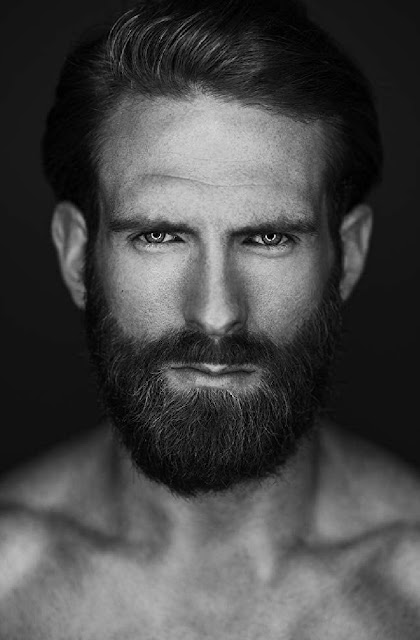 Die hard Outlander fans are unlikely to forget the riveting, and heartbreaking, season four episode “Do No Harm”.  Craig McGinlay won’t forget it either, after playing the most unpopular character, plantation owner and local magistrate Andrew MacNeill. (He leads the lynch mob that shows up at Jocasta’s house to hang the injured slave, Rufus). 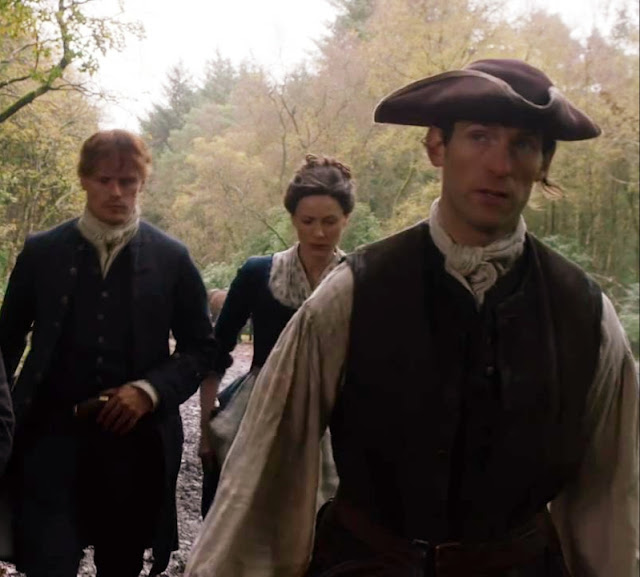 Craig is a Scottish actor, also known for his role in King Arthur: Legend of the Sword, as Sir Percival. He recently took some time to chat with Outlander Homepage about his career and experience on the set of our favorite STARZ series, Outlander.

Outlander Homepage: Hello Craig, thank you for chatting with us, and answering a few questions about your Outlander experience.  First, we want to know a little more about you and your acting career. When and how did you get started in the entertainment industry?

Craig McGinlay: I was a sport scientist, strength and conditioning coach for professional athletes in the likes of soccer and rugby, as well as Olympic athletes.  As I was their strength and conditioning coach, I was asked to do an Olympic lift in a major campaign film for the games. I was spotted by a short film director. He cast me to play the lead actor in a short film called Bloodloss, which won best thriller/horror at the likes of  LA and Calgary. I joined a small agency in Scotland off the back of this, and was then cast in a major commercial alongside David Beckham and directed by Guy Ritchie. I was so grateful to be then cast to play a knight of the round table in Guy’s epic movie, King Arthur: Legend of the Sword. Playing Sir Percival alongside a great cast and crew was an incredible experience, and one that has pushed me to try to keep striving in the industry. I love stepping on set every day, and hope the journey continues. I am so grateful for every opportunity. 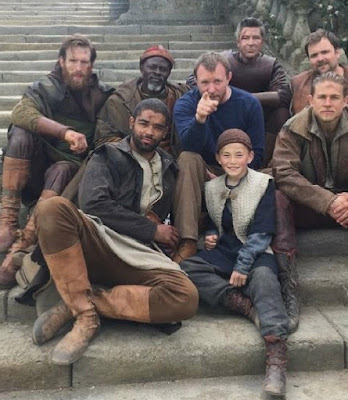 OH: You played Andrew MacNeill, in Outlander S4 episode two, Do No Harm.  In the novel, Drums of Autumn, that season four is based on, your character is described as a well- respected Cape Fear plantation owner, a local magistrate, as well as a peer of Jocasta Cameron.  In the episode, MacNeill shows up at River Run with a noose, and a mob, determined to hang the injured slave Claire is caring for. How would you describe your character, Andrew MacNeill, in three words? 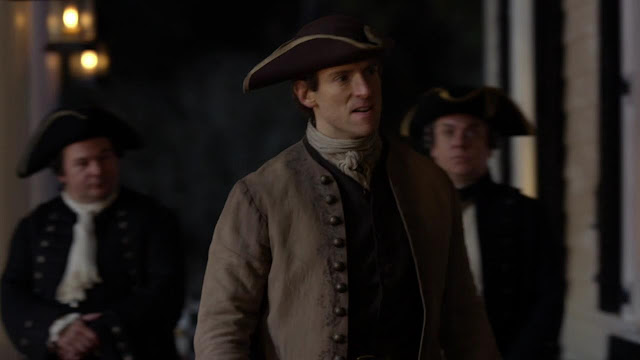 OH: MacNeill was an intense role! How did you prepare to play that character?

CM: When playing a character like that you have to go to a darker place you aren’t used to, and pull out a character from your armory that you aren’t used to generating day to day. I like the challenge as an actor to get across on screen what the director and audience expect from you. Hopefully we did that, but MacNeill was certainly a horrible character. Not that I was a horrible character on the rugby pitch, but like anyone else I would pump myself up, and psyche myself up, so I was ready for battle on the pitch. You have to show some form of controlled aggression on the pitch, and in many other sports, to get the adrenaline flowing. I think by using these experiences, it has helped me to be ready when marching onto set as if I am marching into the arena, or onto the rugby pitch.

OH: What was your most memorable moment on the Outlander set?

CM:  Arriving with the mob for the hanging was memorable for all the wrong reasons. It was a difficult scene. Seeing the crew behind the scenes, some upset and in tears watching it all come to life was difficult, and I was leading the storm that day. It wasn’t nice to film, but we were telling a story, and I believe the Outlander family told it in the correct way to emphasize how bad it was.

OH: It was a pivotal episode, and that scene was a powerful statement. Beautifully done! Now, let’s turn to something hopefully lighter, and more positive. If you could travel through the stones, which time period would you travel to and why?

CM: 2022, because I hope by then Covid-19 will be over. I hope we can all look back on it all by then, although I’m sure it will be much sooner. It’s not an easy time for any of us… but what I will say is we are all fighting the same war, and are in the same trench across the world.
This distance we are having to maintain from our families and friends is heartbreaking, but the positive in all this is that by maintaining distance, you are protecting them. You are saving lives. Find comfort in that. Allow the superheroes in the health care sectors to function without being overwhelmed, and they can save many, many, lives.
Everybody is afraid. Everybody is nervous. Everybody is confused. This is a new virus, but we WILL get through this. We have to collectively realize this, not only as countries in our own bubbles, but as a collective group of people on this planet. We will get through this. Happier times to come! Stay healthy. Stay safe. Stay positive. We will get through this.

OH: Yes! We will get through this and come out stronger for it! Thank you for such a positive message, and for sharing your time with us. Stay safe, and take care! 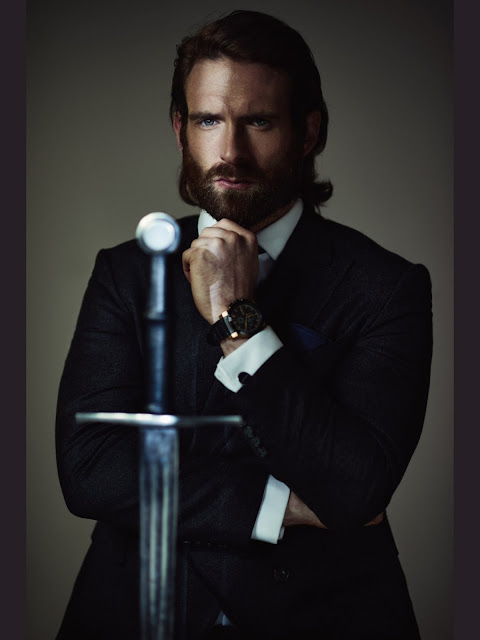 Nancy McGehee Fontenot is a writer who lives in Baton Rouge Louisiana, who loves her weekends on Dauphin island....

Posted by Outlander Homepage at 4:08 PM