Both the show and the book fans have their favorite Outlander characters, (besides Claire and Jamie) and one of mine is Arch Bug. He reminds me of men in my family, stoically silent, devoted, and loyal.

The Bugs' story line is one of my favorites, so you can imagine my delight to discover they had been included in season five. As luck would have it, Outlander Homepage recently enjoyed a nice chat and Q&A, with the very distinguished Scottish actor Hugh Ross, who portrays Arch Bug in the Starz's original series, Outlander. Grab a cup of tea, pour a dram, (or wee nip) and join us won't you, as we get to know one of Outlander's newest cast members.... 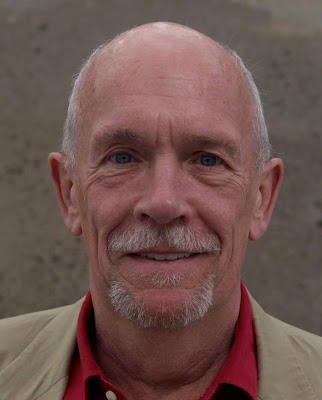 Outlander Homepage:  Thank you for chatting with us! Outlander fans are so excited to finally meet the Bugs this season. How did you come to join the cast of Outlander? Please share with us how you landed the role of Arch Bug.

Hugh Ross: I was very excited when my agent called and told me that I had a meeting with Suzanne Smith, to play Arch Bug in Outlander. He was described as “a quiet man who loves his wife. Not a lot of dialogue but a presence.” Interesting! And a bit of research revealed that there was a lot more going on below the surface. I had a great scene to learn, (with Jamie) which suggested a very promising development in the Bugs' story. The meeting went well, the scene was put on tape, followed by a nail-biting hiatus (par for the course) and finally, I was offered the part! I was very delighted indeed. 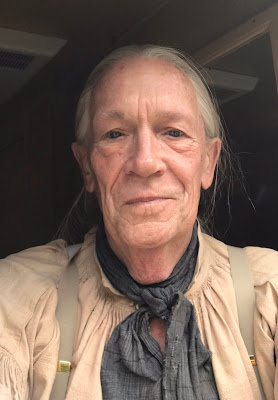 OH: As are we! You have been in numerous television series over the course of your career. How does Outlander stand out from other shows you’ve acted in? What makes Outlander special to you, personally?

HR: Outlander is truly epic in its ambition and its execution. It’s very thrilling these days to be part of something so lovingly, and thoroughly organized by an amazing team. It’s a brilliant cast (Sam and I had done a play together some years ago in the West End, so it was a treat to be reunited). The only other thing I had done on this scale was the Clive Barker movie, Nightbreed and also three films in the TV series SHARPE, with Sean Bean. (which was shot in the Crimea under very challenging conditions) But here was Outlander filming in my native Scotland, more beautiful than ever, making it a very special assignment at this stage in my long career.

OH: How wonderful you get to work with Sam again! And in your native Scotland! Do you have any memorable moments from the set that you can share with us?

HR: The atmosphere on set is terrific. I particularly enjoyed being taught how to drive a horse and cart! A new skill! And I was very glad to be part of the great scene with Claire’s amazing tonsillectomy on poor Kezzie, which was both gruesome and fascinating. 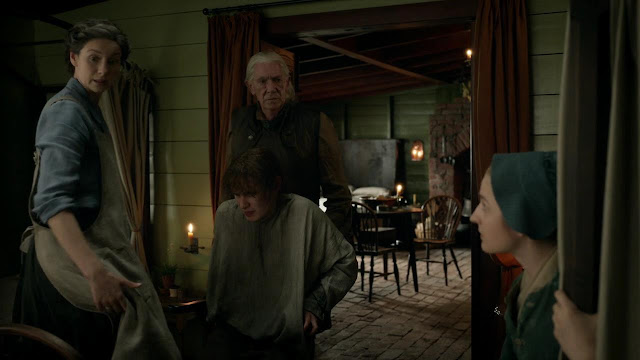 OH: The attention to detail in the scenes involving Claire's medical procedures are always top notch. Also, what fun to work with the horses! Lucky you! Arch Bug's character is one of Jamie's most trusted and valued right hands among the men of the ridge. Do you have any traits/characteristics in common with your character, Arch Bug?

HR: Characteristics I share with Arch? Well! I am quite prone to observing things quietly, before making decisions, and taking action…

OH:  As it does for Arch Bug and judging from your successful career, such prudence has definitely paid off for you. One last question that we like to ask each cast member we interview: If you could travel through the stones, which time period would you travel to, and what famous historical figure would you like to meet?

HR: I would love to travel through the stones to Shakespeare’s England to meet him, my absolute hero and be part of his acting company at the Globe! There’s a great line of parts for an old chap like me, from Polonius to King Lear!

"Speak what we feel, not what we ought to say" William Shakespeare King Lear!

Hugh, I have a feeling Shakespeare and the Globe would be thrilled to have you there!

Thank you so much for chatting with Outlander Homepage! We look forward to watching you each week and hope the Bugs' contributions to life on Fraser's Ridge continues in future seasons of Outlander. Stay well! 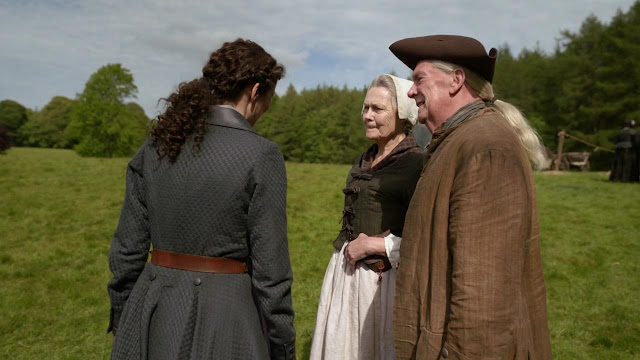 Check out Hugh's Actor/Director site here, there are way too many movies that Hugh has been involved in to mention just one!


Posted by Outlander Homepage at 9:31 AM