I was looking for the music sequence on the world wide web of a few cast members, Stephen Walters, Nell Hudson and Steven Cree performing a Beatles song at our Outlander in the city event in New York City. Unfortunately I found no videos but it was an incredible search.. I found instead, so many fun videos by fans from our (4) four charity events with the cast... 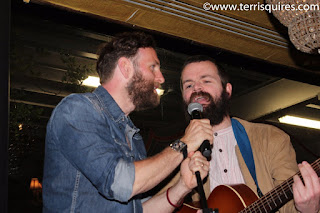 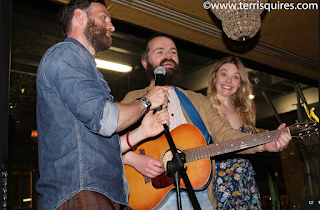 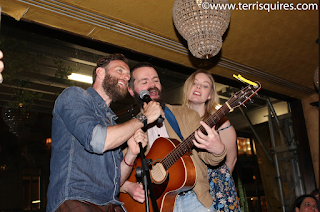 The cast singing the Beatles.. although no videos available...
Voyage with Sam and Caitriona

Outlander in the city interviews by Outlander TV news

The Sam and Cait event..

(My voice is in backround directing people. I hate the sound of my voice)

Posted by Outlander Homepage at 4:49 PM