Caitriona Balfe asks fans: Tell us what your dream was?
#WhenIWasYoung campaign 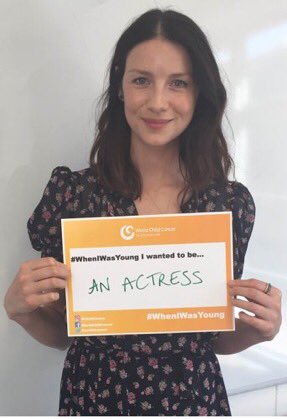 When we were young with the world new to us, what did we dream of becoming when we grew up?
This answer may come quickly for some, I wanted to be a Ballerina. I was in ballet school, 4 days a week for 18 years..
Either way, I'm sure that's a question to make us Ponder the mission statement of the September campaign for World Child Cancer and start a dialogue.

We look at the young children who have cancer that this campaign is directed toward, and I think Caitriona's trip to Ghana is telling.

From Bernadette Giacomazzo of the Inquisitor:


World Child Cancer’s CEO Jon Rosser:
One of the reasons that Balfe went to Ghana with World Child Cancer in August was to visit a hospital full of sick children who had advanced forms of cancer. Sadly, however, this cancer went undetected for quite a long time for these Ghanese children, which allowed it to develop into its advanced stages. In a more technologically advanced country like the United Kingdom or the United States, this cancer would have been much more quickly discovered, and thus, treated. And its this disparity in diagnosis and treatment that World Child Cancer hopes, ultimately, to ameliorate.


For these children in developing countries, the opportunity to become what they've dreamed of, depends on awareness and donations that are directed to World Child Cancer embassadors and their efforts that improve lives.


To mark Childhood Cancer Awareness Month in September, World Child Cancer are reaching out to new and existing supporters, as well as celebrities, to help raise awareness and support of our work by taking part in a worldwide social media campaign.

Our campaign idea of #whenIWasYoung stems from a drawing by a little girl called Mae, who is currently receiving ongoing chemotherapy treatment on the children's cancer ward at Yangon Children's Hospital, Myanmar (see drawing below). This young girl, sees a future free of cancer and dreams of one day becoming a ballerina. Unfortunately, the likelihood of Mae fulfilling her dream is very uncertain, as survival rates for childhood cancer in the developing world are as low as 10%. This is in stark contrast to the developed world, where as result of medical advances, survival rates are around 80%.

World Child Cancer believes this inequality should not exist and instead that every child, no matter where they live in the world, should be given the best opportunity to fulfil their ambitions and dreams.

We are therefore asking you to think about what you dreamt of being when you were young. To get involved it is very easy and will take a couple of minutes of your time. All you need to do is follow four simple steps.

3. Take a photo of yourself with the campaign poster

4. Upload your photo to social media during September Childhood Cancer Awareness month. Remember to use the #whenIWasYoung and to @WChildCancer.

Caitriona Balfe has already committed to supporting our #WhenIWasYoung campaign and we would love if you could join in too.

Here are just a few example of the difference your donation can make:

£50 pays for lifesaving chemotherapy for a child in Ghana


With your support we can even the odds for children with cancer and their families in the developing world.

If you have any questions about the September Campaign please get in touch with Rachael or call on 0203 176 7892.

Thomas excerpt:
In Ghana, World Child Cancer provides an annual grant to help families who can’t pay for their treatment and need other financial support such as living costs and travel to visit their families. This is administered by the local healthcare team who decide how best to distribute the funds between those with the most need. We also support the work of the team at Korle Bu Teaching Hospital and Komfo Anokye Teaching Hospital, in Kumasi by raising funds to improve their facilities and facilitating training for healthcare staff to enable them to improve the diagnosis and care for children with cancer.

Caitriona Balfe travels to Ghana to meet the team on the front lines and see what they do. 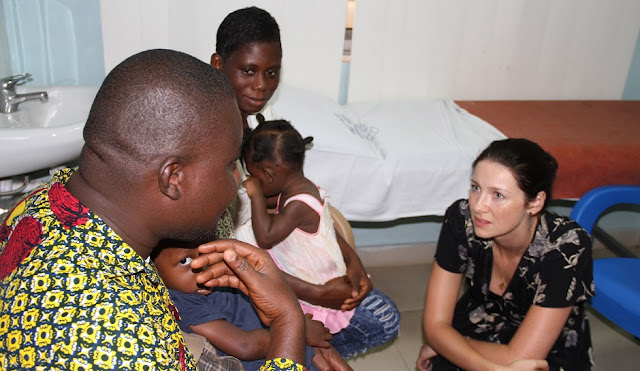 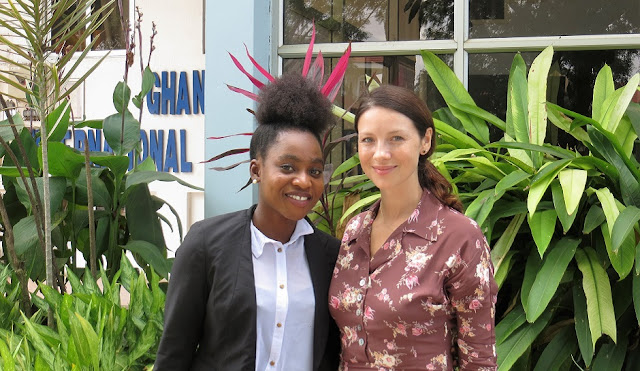 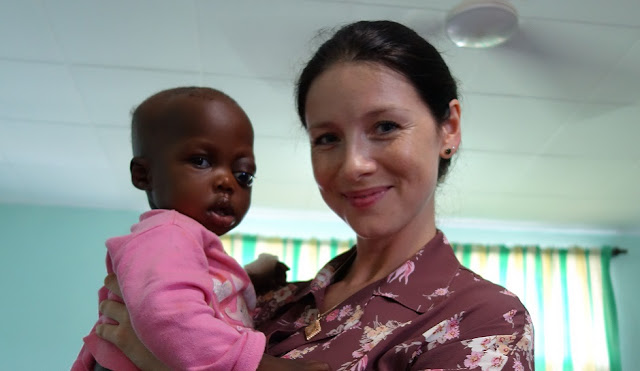 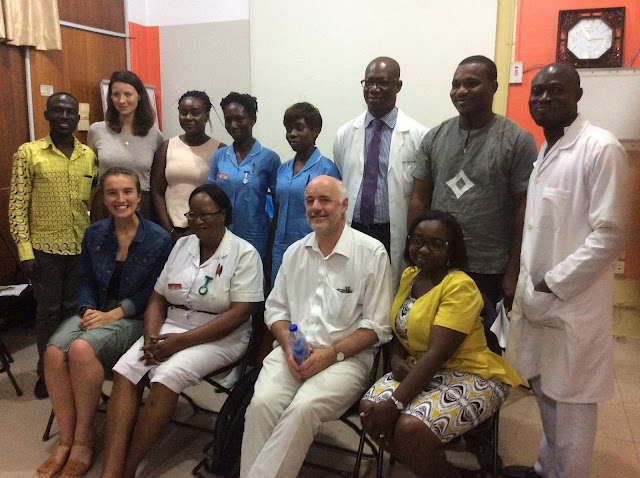 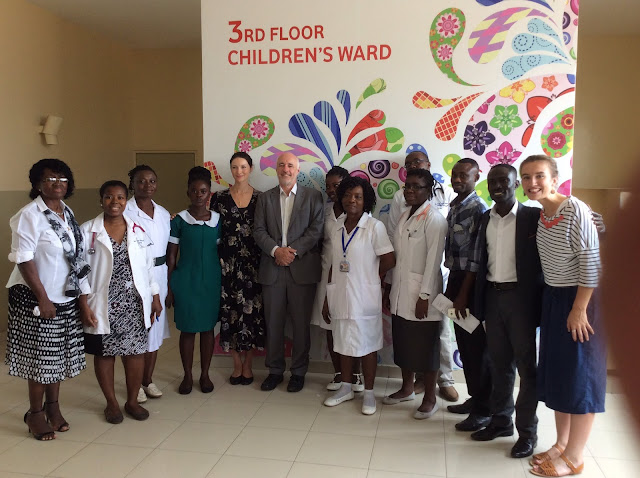 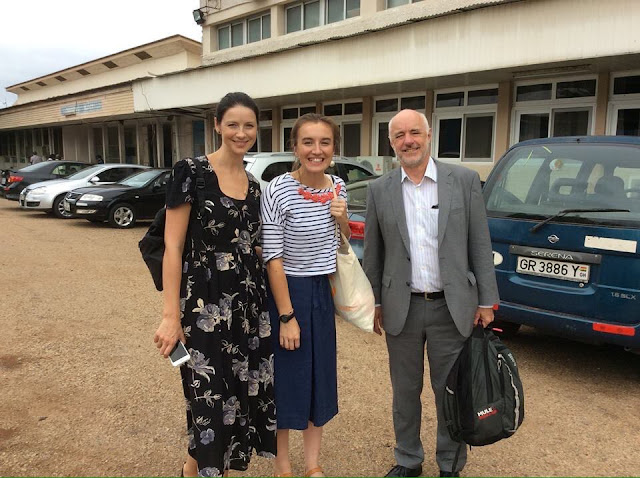 Posted by Outlander Homepage at 11:23 AM