Fans can meet the cast of Outlander in NYC


By Bernadette Giacomazzo of the Inquisitor


This is about our event... 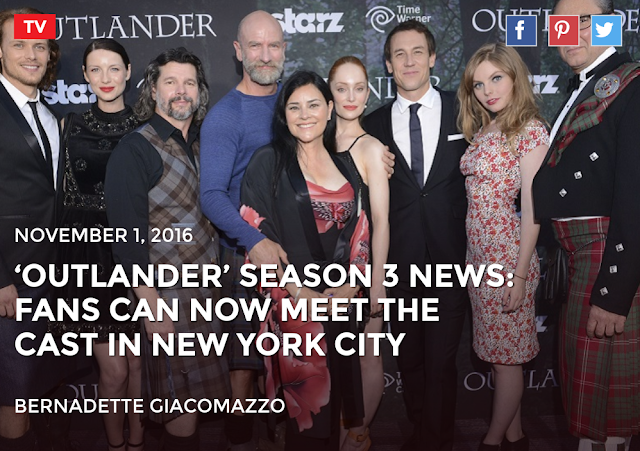 Outlander cast members, past and present, are frequently in demand for a variety of events. So, this latest bit of Outlander Season 3 news might be the best news a fan, today, can get, as it’s just been announced that there will be an “Outlander in the City” event in Manhattan that will go to benefit the cast members’ various charities!

First, fans will be delighted to meet Nell Hudson. According to the latest Outlander Season 3 news from the Daily Mail, she will be earning a lot of ire from the fans, as her character Laoghaire will be returning and — spoiler alert! — will be married to James “Jamie” Fraser! Nell says that she’s aware of her character’s innocent, but sinister, nature, and that she’ll be having a lot of fun this season playing a seductress of sorts.

“It was really fun playing with it because obviously it was fun sliding the scale between sinister and earnest, you know what I mean? It was something that me and Mike Barker, the director, sort of figured out in the moment, was how much that should be kind of quite ominous and how much that should just be a kind of… tender thing of her still feeling head over heels crazy in love with him.” 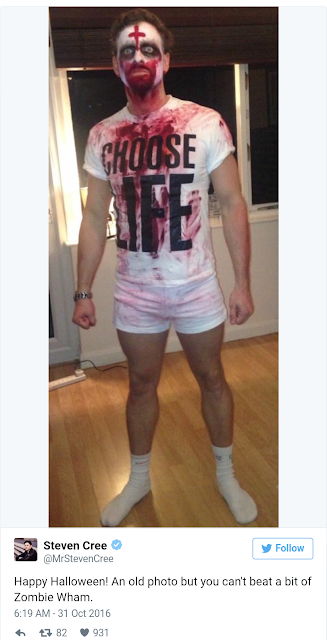 Another actor that fans will be delighted to meet is Scottish actor Steven Cree, who plays Jamie’s brother-in-law Ian Murray on the show. Fans know Cree for making the rounds of Outlander Season 3 news because he and Sam Heughan, who of course plays Jamie, go back and forth with roasting each other on Twitter. But this theater actor, according to Scotland Now, hasn’t made Heughan the sole victim of his roasts. In fact, he most famously roasted David “The Hoff” Hasselhoff!

“That was probably the most fun I’ve had on a job. For the most part it was unscripted and I had carte blanche to do what I wanted. The brief was basically to take the piss out of David as much as possible. He was a brilliant sport and was really up for laughing at himself. But it was surreal too, of course, when you grow up in Kilmarnock watching Baywatch as a teenager then find yourself taking the mickey out of David Hasselhoff being in Baywatch.” 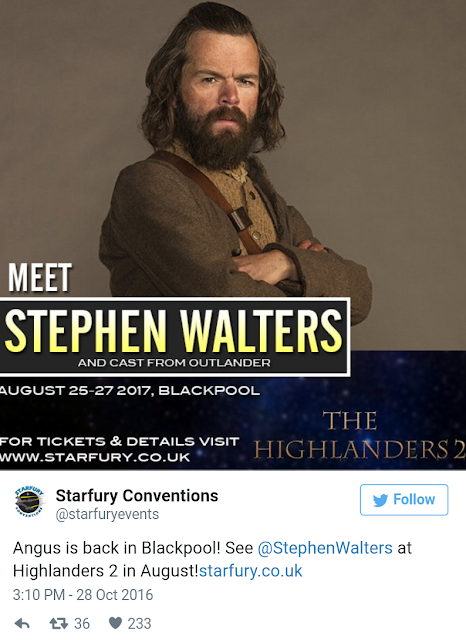 Finally, fans of the show will be enthralled when they get to not only meet, but see a rare live performance from, Stephen Walters, who won’t be a part of Outlander Season 3 news reports because his beloved character, Angus, died in the Battle of Prestonpans.

Walters’ character is perhaps best known for trying – and failing — to Claire passionately during Season 2, much to Stephen’s delight, as he told Vulture.

“Oh, man, he was hung up on Claire, wasn’t he? But who wouldn’t be? He knew he had no chance, but he kept trying. That should be on his gravestone: “He kept trying.” He came close, I’ve got to say. And Caitriona [Balfe], we’d laugh every time we’d do those scenes. We had one scene where I burst in on her, and she’s urinating in a bucket, and I drag her by the arm, and I remember we were just howling with laughter.”

These days, Stephen is recording an album, the proceeds of which will go to help the Bathgate Regal Theatre, which is run by fellow Outlander actor Scott Kyle (who played Ross on the show).

For more information about the event, check out the invitation below. 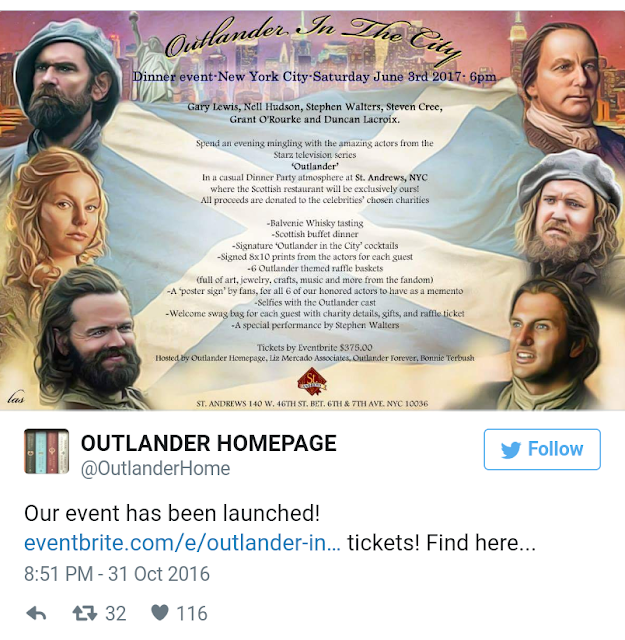 
Posted by Outlander Homepage at 8:23 AM