“Joining the Clan” - An interview with season 3 newcomer, James McAnerney by your Aussie Blogging Lass

Now entering its third season on our screens, ‘Outlander’ is an established franchise. If the eight (and soon enough, nine) books aren’t enough, the two TV series already broadcast by Starz have ensured that the characters originally created by Diana Gabaldon are loved by fans all over the world.

Everyone has their favorites: whether it be Jamie, Claire, Murtagh, Dougal, Frank, Jenny, Fergus or even arch villain Black Jack Randall, each character is familiar and beloved. Furthermore, the actors stepping into the shoes of Gabaldon’s creations have been widely praised - and many awards and accolades have already been bestowed upon the creative team as a whole.

So what would it be like to join such a well oiled machine? To find out, we asked Scottish actor James McAnerney, who will be part of the cast for the third season. While a bit of internet detective work gives a pretty good indication of the character he will portray, nothing official has yet been announced by Starz. As a result, James was unable to discuss any specifics of season 3, but graciously agreed to tell us a bit about himself and his career, as well as share some general opinions about being the “new kid on the block.” 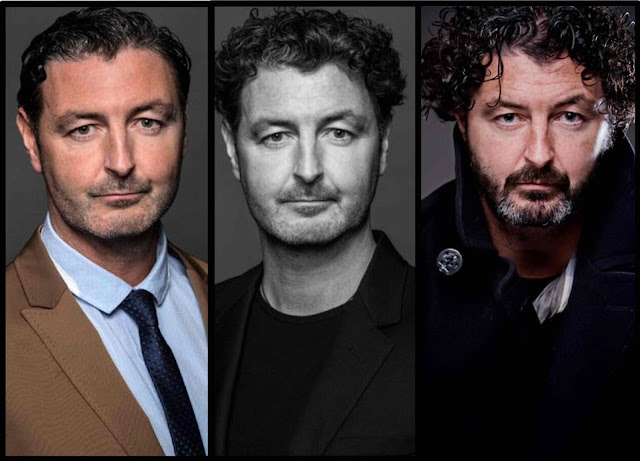 We began by asking James how he got into acting. The answer, somewhat surprisingly, could be described as a bit of divine intervention!

“I got into acting when we got a new chaplain at my high school,” James explained. “He asked the class how many of us went to mass and only half the people put up their hands. He then asked us why that was and for some reason, I was brave enough to say, ‘Cos it's boring!’ To his credit, he said, ‘Fair enough, so how can we make it less boring?’ Someone suggested that instead of reading the gospel, we could act it out - and the rest, as they say, is history!”

And can you guess which character James played in the resulting dramas?

But James didn’t go straight from portraying the Messiah to the Outlander set.

“I have been involved in stage, film and TV for 20 years,” he said. “I’ve appeared in the detective series ‘Taggart’ and the Scottish soap opera ‘River City’, as well as touring the UK with various plays.”


(NB. To see some more of James’ work, check out his showreel here: https://media.spotlight.com//metadata/videoforpublication?artistRef=M90489&pub=1&isIntro=false&artistName=%22JAMES+MCANERNEY%22)

As fans, we get to see the finished product of months of hard work. But what was it like to be on set day after day and see it all in action?

“Being on the Outlander set was incredible,” said James. “Believe it or not, the show isn't that big here in Scotland, as loads of people don't have access to Amazon Prime, the platform it's shown on here. It was way bigger than I had imagined! The detail that the art department, costume and make up departments went to was phenomenal.”

So what did a day’s work on set entail?

“A typical day for me would be to arrive at base at 7am and have breakfast. I would have sausage in a roll - square sausages, which I don't think you can get in the States. After breakfast, I went to the make up department, followed by costume. From there I went to the set at about 8.15am for the magic to begin! Wrap time varied, depending on how many scenes I was in, but I was usually done by about 7pm. Although I was new to it, everyone was so lovely, from the director, to the production team, to the cast. Sam and Cait were so nice and welcoming, as were all the cast I met.”

Twelve hour days certainly make for a busy schedule and we wondered what James likes to do when he’s not so busy. What would a perfect day entail?

“On my downtime I love doing DIY,” he replied. “I love tinkering away with stuff in the flat. My flat was built in 1850, so it's over 160 years old and it's constantly needing things done. At the moment I'm making candle holders from an old whisky barrel. As for a perfect day, for me that would be spent on a beach in Scotland, somewhere like the Isle of Harris. Honestly, Scottish beaches are truly beautiful and what makes it perfect is that they are often deserted. Even in the rain, or when the wind is howling, it's still gorgeous.”

Since time travel is such a big part of Outlander, we asked James where he would like to go if he could pass through the stones himself.

“If I could travel in time, I think I’d like to go back to when people were trying to get off the ground and fly,” James answered. “Can you imagine how exciting it must have been to read about people who were trying to invent a machine that could put you in the air and you’d stay there? Obviously we take it for granted now and it's no big deal, but think about people trying to fly for the very first time! I’d love to experience that.”

Finally, we asked James what was next, career wise.

“Next up for me, is a play called ‘I'm no a Billy he's a Tim’,” James said. “It is a comedy about a Celtic fan and a Rangers fan getting locked up and being put in the same cell on the day that their teams play each other.” 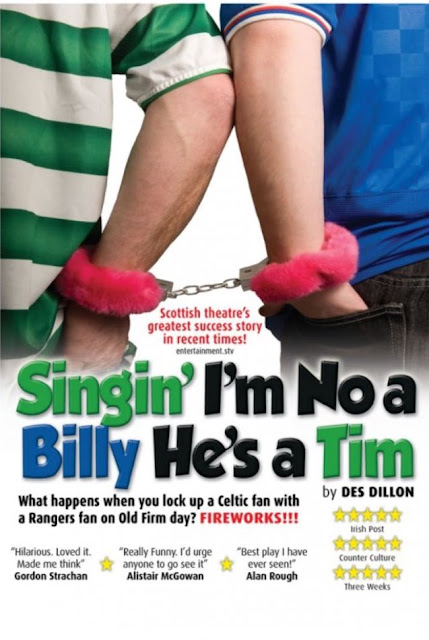 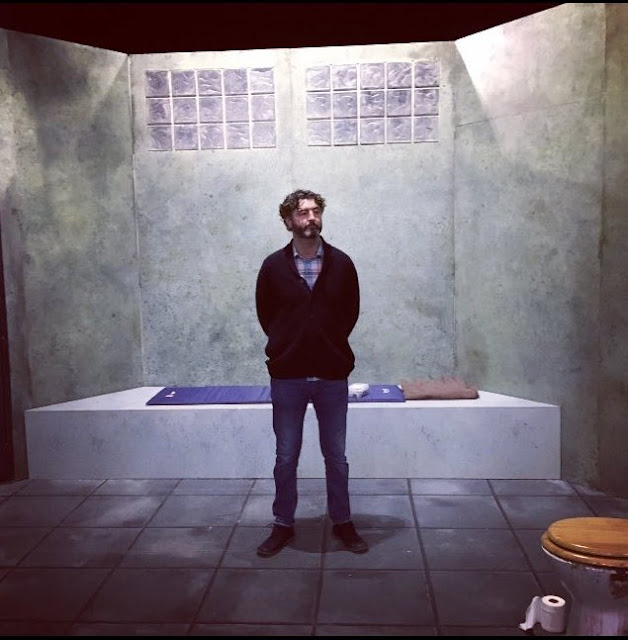 Funnily enough, this play also has an Outlander connection.

“I actually did the same play a few years back,” James explained,  “with none other than Outlander’s fan favourite, Scott Kyle!”

Of course, that may have just been coincidence - or was James’ involvement in the world of Outlander always meant to be? Either way, we’d like to thank him for taking the time to chat to us and look forward to a second interview in September, when we can find out more about his involvement in season 3 and the character he portrays.

This interview was conducted by Susie Brown, a teacher-librarian and writer who lives in Australia. She’d really like to see what the candle holders made from a whisky barrel look like!

Posted by Outlander Homepage at 8:45 AM