Dougal MacKenzie: A Man of Honor 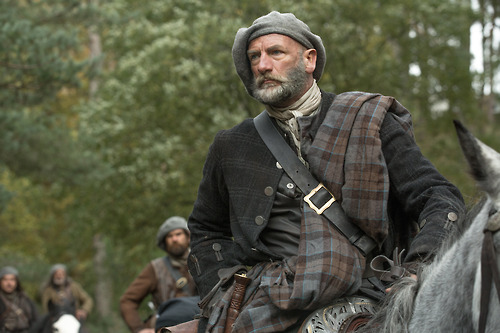 I remember watching that very first episode of Outlander, anxious to get my first look at Jamie Fraser, and being totally focused on him until those final scenes of the clansmen returning to Leoch.

It wasn’t Jamie and Claire huddled together under his plaid that got my interest, it was Dougal MacKenzie, riding tall in the saddle, astride a gorgeous gray gelding, looking every bit a very handsome Highland warrior, that got my unbridled attention.

I don't know Graham McTavish personally, but he's played two of my most favorite fictional characters, Dwalin and Dougal, so I kind of feel like I do.
I think to be such a talented actor, as is Graham, you probably have to find some common ground with the character you're playing.

I could tell Dwalin was a good guy from the start, (The Hobbit) and he only grew even more endearing as the movies progressed, because Graham made a grumpy, brutish Dwarf with the table manners of an orc, lovable. 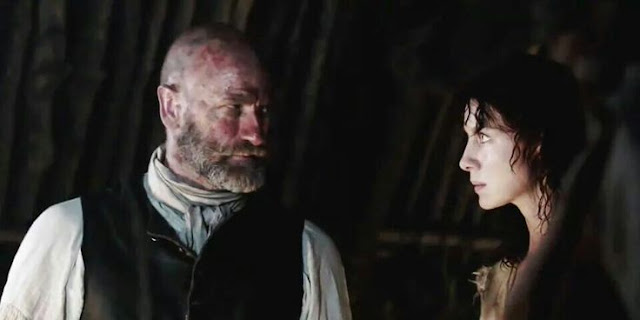 But, what he did with one of Diana Gabaldon's key story characters was more than just good acting. He breathed life into not just Dougal MacKenzie, but into a way of life, the culture of my ancestors.

Now, considering that, let's delve deeper into the heart, soul, and psyche of Dougal MacKenzie, War Chief of Clan MacKenzie.

If you're a true book fan, watching Dougal's machinations likely coaxed a smirk, or snarky smile, not because we liked what he was up to, but because watching Graham portray every intimate nuance of such a canny, conniving personality, was spot on.

From his loyalty to his brother and clan, his manipulations of those loyal to him, and his personal interaction, Dougal MacKenzie never did anything without a reason, motive, or intent. Contrary to many, his motives weren't just for personal gain.
Dougal rarely did anything that didn't benefit his clan, or country, as well as himself, in some way.

Granted, I will be the first to admit, propositioning your nephew's bride, fresh from her marriage bed, was.... well, if there was a Gaelic word for douchy, it would apply. That, along with proposing to his nephews wife, not just for the sole purpose of grinding her corn, but to seize control of Lallybroch while said nephew awaited the hangman's noose in a British prison, and cheating on his wife with a murderous witch, painted Dougal in a rather bad light. Somewhat unfairly, I say. 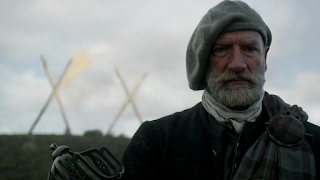 You see, despite his flaws, Dougal was truly an honorable man. Deep in his heart he loved his family, his country, and would gladly give his life fighting for them.

Though his convictions seemed suspect, Dougal could not deny his true nature, that of the pragmatic Scot.

Would he have killed Claire in that attic room at Culloden? Yes, he would have, because he firmly believed she was a witch. 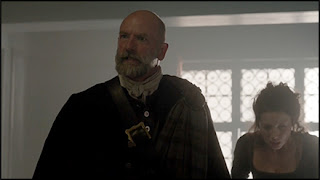 Would he have fought to the death to protect her from Black Jack Randall at the inn? That's a great big Tulach Ard, there, and he'd relish every drop of Red Coat blood he spilled trying to get her out the door.

After all, in Dougal's mind, all he was doing was his duty, same as he had when he insured Colum an heir, and used any means possible to raise funds for the Jacobite rebellion. So, I suppose the question you should be asking yourselves now is, did I misjudge this character?

Was Dougal MacKenzie a good guy, or not?

Well, the answer is easy. He was neither good, nor bad. Dougal MacKenzie was simply, a man of his time!

When asked, Graham McTavish said this about Dougal MacKenzie and the, what if, opportunity to fight in the Culloden rising, that Dougal so much believed they would win:

TVLINE | When I spoke with Stephen Walters, he mentioned that if Angus had made it to Culloden, he would’ve been at the front of the charge. How do you think Dougal would have faired if he made it to the battle?

Graham McTavish / What a great question. Him and Angus and Rupert and Duncan [Lacroix]’s character Murtagh would have pushed themselves to the front, definitely. They probably would be a bit argy-bargy, pushing people out of the way so they could be at the front. They would have gone completely mental… I don’t know whether they would have survived, sadly probably not. It was a very, very nasty battle, and a lot of the atrocities committed afterwards were pretty terrible, but Dougal might have survived. He’s just the kind of guy that would be able to crawl off the battlefield and find a horse, get to a little cottage, meet a nice, new woman that he took shine to, and then went off to some island to live there. [Laughs] Who knows? I’m going to go with that one.

By Robert Bruce:
“We fight not for honor, nor glory, nor for wealth. But only and alone we fight for freedom, which no good man surrenders but with his life.”


An interview with Graham McTavish by Arthur Kade: