Outlander Stars Apologize for the Droughtlander and Tease the New Dynamics of Season 3
by LAUREN PIESTER
For full article
http://www.eonline.com/news/869322/outlander-stars-apologize-for-the-droughtlander-and-tease-the-new-dynamics-of-season-3 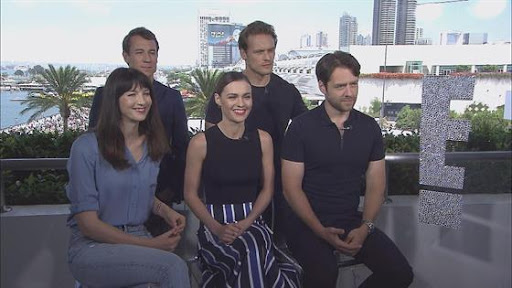 In the words of Caitriona Balfe, "The Droughtlander is real."
Outlander has been away for far too long at this point, but season three will finally be here in just under two months. Thanks to the fact that we were there for their surprise premiere screening at Comic-Con, we can tell you—it's worth the wait. But we're not the only ones who can tell you that.

"It's been a while, and we're sorry to the fans that it took so long, but you know, we put a lot of care and effort into our show and it just takes us a while to film it," Balfe tells us.

"I think they've survived," Sam Heughan adds. "At least we hope they have, there's still people there." 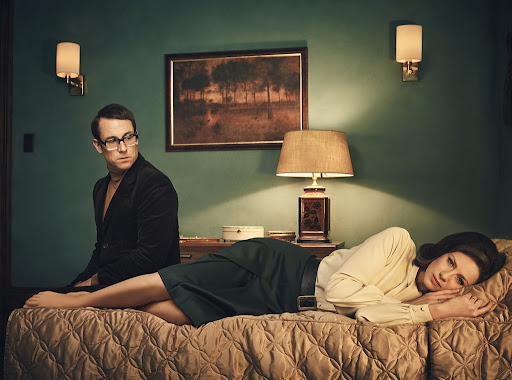 Starz
After two seasons of serious romance between Claire (Balfe) and Jamie (Heughan), season three takes us on a new journey into new time periods, after Claire goes back through the stones to her own time and her other husband.

"For me, I was filming a lot with Tobias and Sophie, so it was great. Didn't miss him at all," Balfe jokes about filming away from Heughan.

"They tried to keep us apart at all times," Heughan adds. "We have some great stories, great episodes of the two characters, sort of following through their lives without each other, and then eventually when they do reunite, I think no one's going to be disappointed."

The beginning of season three finds Claire and Frank (Tobias Menzies) dealing with her return and the impending arrival of Claire and Jamie's daughter, who Frank has agreed to raise as his own. It's a different Frank and a different facet of Menzies than we've seen through much of the series so far.

"We start of in Boston with Frank and Claire, so we get to sort of see a bit of all that, and it was really nice to revisit actually," Menzies says. "Great to be back with Cait. She gets a little feisty, she throws some stuff, we have a few fights. I think we put some really good stuff together. We sort of see them kind of trying to make life work, even the woman whose heart is elsewhere." 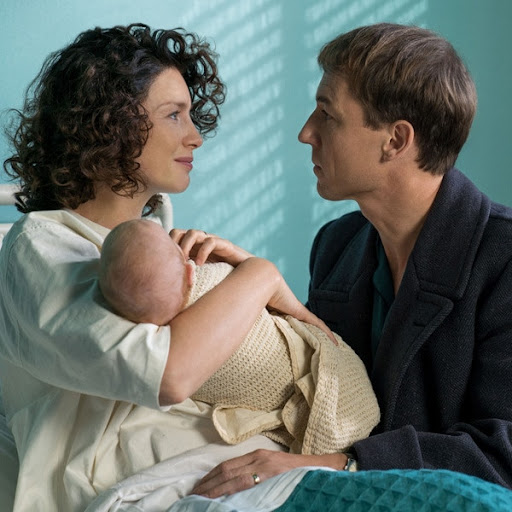 Outlander Season 3's Trailer Has Finally Arrived! Get Your First Look at Claire &... 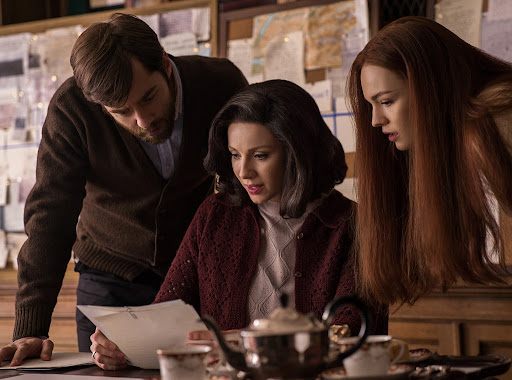 Starz
Of course, we've seen Menzies, Heughan, and Balfe on screen for two whole seasons now, but we've only had one episode to get to know Sophie Skelton and Richard Rankin, who join the cast full time later this season but seem to have had no trouble fitting in.

"It is a very sort of family feel crew and cast," Skelton tells us. "Although, to be fair, we kind of came in toward the end of the season, and these guys are ready to drop and we're there all fresh-faced and energy. They've been traipsing through the mud and rain for months, so I think they were probably ready to push us in the mud as like an initiation to Outlander. But everyone was great."

"It was nice to have some enthusiasm come in at the end of season two, because, you know, you get to the end and you're flagging a little, so it was good," Balfe adds.

As for when we'll actually see Skelton and Rankin on the show again, we...won't?

"Oh I'm not back on it," Rankin jokes. "I was supposed to be, but they vetoed it."
"He's just here for the free food," says Balfe.
Outlander finally returns—including Skelton and Rankin, eventually—Sunday, September 10 on Starz.
Posted by Outlander Homepage at 8:26 AM