“Serving Milord and Milady: a butler’s life” An interview with Robbie McIntosh by your Aussie Blogging Lass 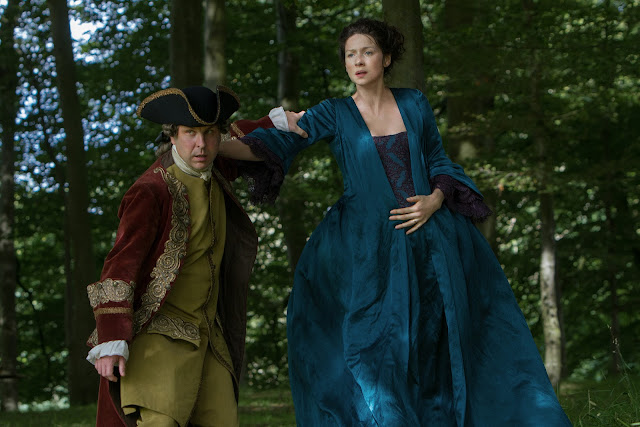 No matter where their adventures take them, Jamie and Claire Fraser seem to have the good fortune of having by their side companions who will do anything to see them safe. Chief amongst these loyal men and women is, of course, Jamie’s godfather, Murtagh. But during season 2 in France, viewers met another man who became just as devoted to his Lord and Lady. Magnus, the butler of Jared Fraser’s household, was involved in some of the most dramatic and emotional scenes in season 2, including the duel between Jamie and Black Jack, Claire’s miscarriage and finally, her emotional return without Jamie by her side. So what was it like to portray this ‘Murtagh of France’? Actor Robbie McIntosh kindly agreed to chat to us about his character - as well as his career before and after Outlander.

It was, perhaps, destiny that Robbie was cast in the role of Magnus. France has been a significant part of his life for many years and indeed, was even instrumental in his choice of career.

“I was born and raised in Glasgow and then spent my adolescence in Livingston, which sits half way between Edinburgh and Glasgow. When I finished school, I went to Edinburgh University to study French,” Robbie explained. “Whilst studying, I fell in love with two things that I’ve never lost my passion for – French language and the movies. When I finished my degree I then spent a year in New York studying filmmaking at Columbia University and, during that time, realised that I liked being in front of the camera just as much as I liked being behind it!

On returning to Europe I started teaching translation at the Sorbonne in Paris. A few of my colleagues and I set up a theatre group for the students to help them develop their English through acting. We booked theatres, printed tickets, directed performances and put on shows that were hugely successful. I realised that this was the world I was meant for and so I quit Paris, returned to Scotland and started my career as an actor.

Since then, I have had the great good fortune to appear in such classics of Scottish TV as the crime drama ‘Taggart’ and I continue to make my own work, doing lots of theatre, commercials, voice overs and all the other things that go into making a career as an actor.”

With such a knowledge of the French language, it is somewhat ironic that the character of Magnus didn’t have a lot of dialogue. But this was not something that bothered Robbie.

“The amazing thing about my role as Magnus was that it combined the two greatest parts of my personality – acting and a love of French,” he said. “It was an incredible experience to bring those two things together in Outlander.”

When we made reference to Magnus’s part in the pivotal duel and miscarriage scenes, Robbie was quick to express his thanks for the praise he has received since the episodes aired, as well as to bestow his own praise on the other people involved in their creation. 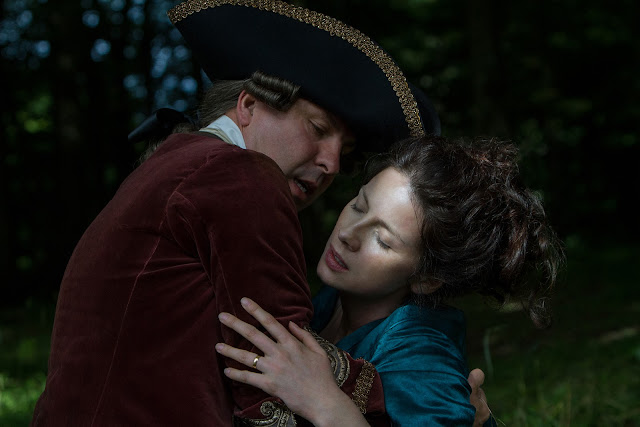 “I have received so many kind comments about those scenes and I am most humbled by them,” he said. “In acting, all I really want to do is to connect with the viewers on an emotionally truthful level and to help drive the different layers of the drama along.”

But did that truth come at a personal cost? Surely it must have been emotionally draining to perform those scenes?

“The duel scene was actually enormous fun to shoot, as there was lots of horse and carriage urgency, swashbuckling and disaster, which made such a change from the very formal nature of my presence in the apartment,” Robbie said. “Also, don’t forget, it was Magnus who had told Murtagh where they could duel without being caught, so I felt responsible for the calamity that was befalling Jamie and (oh my goodness) poor Claire. 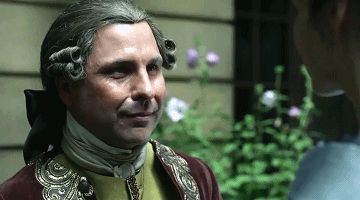 With regard to filming Claire’s homecoming from hospital, the mood on the set (which is normally the most upbeat and industrious place you could ever hope for) took on a much quieter and sombre tone for the afternoon. Most of the actors involved in the scene stayed away from each other between takes and kept themselves to themselves. I remember spending the day just thinking about what Claire had gone through and allowing the feelings to sit just below the surface until we shot the scene. The role of our director, Metin Hüseyin, cannot be underestimated in creating the mood and refining the performances that day. Nor can the talent of the one and only Ms Balfe be overlooked! As I mentioned, I had done a lot of prep work for the scene but – truly – when Cait stepped out of the carriage and looked at me, I just fell apart anyway. She is a powerful human being and her life force as an actor is awesome.

Behind it all, I need to acknowledge the writer of the episode, Toni Graphia. She had mentioned to me that she was going to give Magnus something special for his final scene. I couldn’t quite believe that it would be so very moving, though.”

Robbie continued his praise of everyone on the Outlander team, as he shared some memories of his time on set. We wondered if there were any funny or poignant moments that stood out, and whether or not he was given a “Magnus memento”. 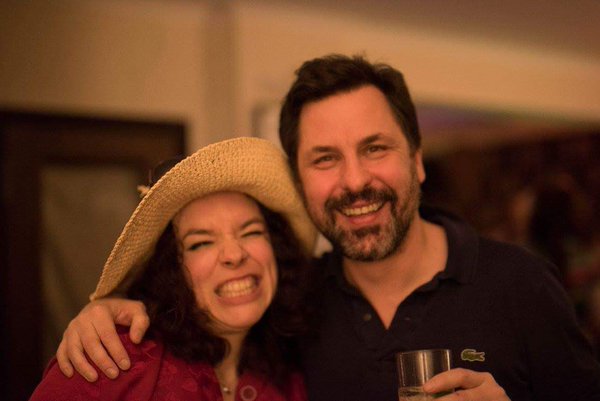 “Every person on the Outlander set is knocking it out of the park every day,” Robbie enthused. “From the writers and producers through to the casting team, technicians, costume and wardrobe people, location scouts and managers, camera crew and ADs - not to mention the explosion of talent all over the screen – it is where great people do their best work. That’s why the show is so successful.

In terms of funny moments, there are so many! It is hard to be in a room with Sam and Cait for long before you find yourself laughing uncontrollably, and when things go wrong during a take it is hilarious. As for poignant moments, I think my final scene was a special moment I will always keep close to my heart.

In terms of mementos, the only things I’ve kept are fond memories and good friendships.”

Despite his love of both France and Scotland, if given the chance to travel through the stones himself, Robbie would choose a totally different location.

Robbie’s time on Outlander may have come to an end, but it seems he has taken a butler’s ability to multitask away with him!

“I’m busy, busy, busy!” he said, when we asked what was coming up next. “I have a number of films in various stages of completion and a new TV project that, for the moment, I am required to keep to myself. I’m also working on a two-hander play which I hope to present in the fall.”

With a final nod to his humble alter-ego, Robbie’s parting words were to the Outlander fandom.

“Thank you so much for interviewing me,” he said, “and a special thank you for the kindness and generosity shown by all those wonderful Outlander fans worldwide!”

And now it’s our turn to thank Robbie, for his own generosity in sharing his time and his stories with us.

This interview was conducted by Susie Brown, a teacher-librarian and writer who lives in Australia. Whenever she watches episode 7, it is always the scene between Magnus and Claire that makes her cry.

Posted by Outlander Homepage at 9:16 AM