Caitriona Balfe will play opposite Christian Bale, (as his wife) in this film about 2 car companies and their rivalry, that focuses on car racing.. Matt Damon also stars.. Obviously more details will be forth coming.

Sam Heughan along with the cast, (Vin Diesel stars) will be in an ensemble of actors, playing humans, with extraordinary abilities, rather than God's or demi God's, as this super-hero Comic book series comes to life. 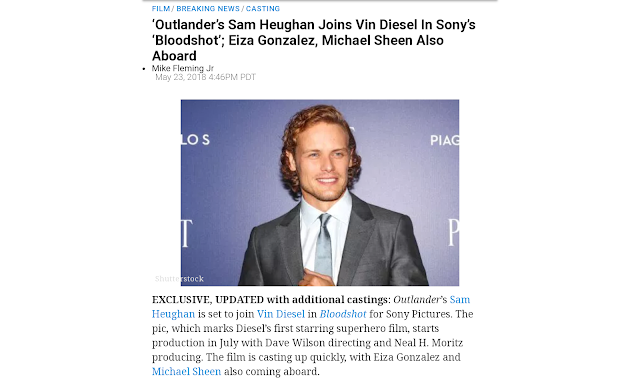 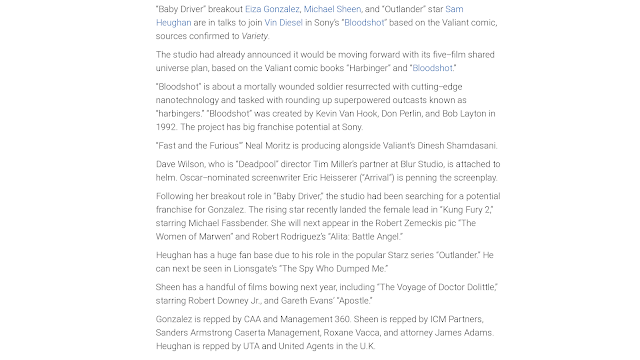 Posted by Outlander Homepage at 9:01 AM