(This interview has been conducted by Roma Sars of, My Outlander Friends!) 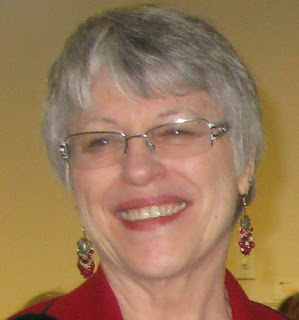 My next interview in the “Outlander- the fans who make it’ series is with Outlander Anatomy (@OutlandAnatomy on twitter) who gives the fans valuable background information in to the – you guessed it – anatomical side of things.


Please tell us about yourself.
I am a 75 year old female, who goes by the social media moniker of Outlander Anatomist (I prefer not to share my name). I live in the Pacific Northwest region of the US, and am a professor emerita (female retired professor) of human anatomy at the oldest medical school in my state. My teaching and research career spanned almost 40 years - over 50, if one includes my blog and grad student teaching! My field of research was the digestive system – I published 140+ articles and abstracts on that topic.
Throughout my career, I taught anatomy to medical students, physician assistants, nurses, grad students, respiratory technologists, surgical and pathology residents, and gave review courses to practicing surgeons. Over the years, I was chief of the body donation program, director of gross anatomy and microscopic anatomy (histology) courses, and demonstrator of anatomy for my state (a legislated position). I harbor a reverential awe for the human body, which I am thrilled to share with anyone, anywhere, anytime!
I am a devoted practitioner of yoga and enjoy a three-year membership with MPC. I also row, cross train, lift weights, pursue treadmill and elliptical training. Oh, and lots of stretching!!! - I am a very “bendy” person <g>. I have also enjoyed a few private lessons at the 2017 MPC event at Everyday Athlete Gym in Glasgow.
I live in a log home on a 19-acre tree farm with a small fruit orchard, two blueberry patches and a vegetable garden. I enjoy harvesting the produce, which I share with friends, family and our local food bank. But mostly, I am blessed to be surrounded by 100+ ft. tall Douglas fir trees, along with the flora and fauna these giants protect and nurture.
I enjoy beadwork and several articles of my original patterns have been published in national beading magazines (See cover of Bead & Button magazine). My beadwork includes seed beads (tiny), wire working, bead embroidery, felting, stringing, wire weaving, etc. 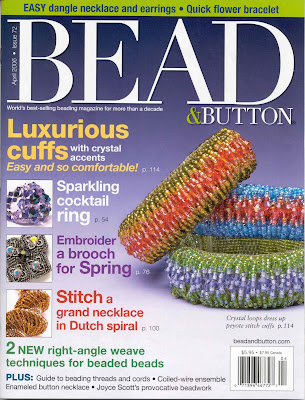 What made you decide to start Outlander Anatomy? Have you done this for other shows/ book series as well?
A daughter and a daughter-in-law began reading the books just before MOBY was published. I remember how they groaned at the end of ECHO - a three year wait for the tiger tunnel episode to resolve! They declared I would love anatomy and medicine in the books and urged (harassed) me to read. Steadfastly, I refused, as “I wasn’t interested in time travel.” Finally, in early 2014, after hounding me for almost two years, they said Outlander would become a TV series, and I gave in. The 8th big book (MOBY) had just been published, so I didn’t have to wait long for the end of that long, black tunnel!
By the time Outlander debuted in August of 2014 (in US), I had read all eight big books, three times each. After episode 107, The Wedding, aired my daughter asked if I had
ever considered writing a blog honoring both human anatomy and Outlander. By September of that year, I posted Anatomy Lesson #1, Jamie’s Tush or Bottom’s Up https://www.outlanderanatomy.com/todays-anatomy-lesson-jamies-tush-or-bottoms/!
I have never been a fan “girl,” and never written a blog about any other show or book series. 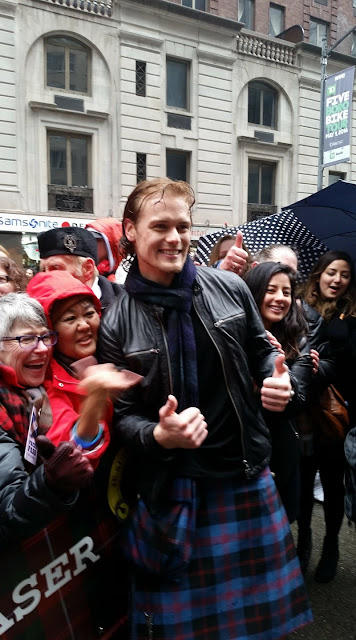 How long have you been doing this?
I have been writing Outlander Anatomy for 3 1/2 years. During that time, I have posted 58 anatomy lessons, 79 Fun Facts, numerous interviews and several essays on subjects other than anatomy. With one exception, my lessons always use the character’s and not the actor’s names. I do this to afford the actors a degree of privacy as I publicly dissect their bodies - I explain in this posting:
https://www.outlanderanatomy.com/outlander-anatomy-education-privacy/

How much time do you spend every day on Outlander?
I spend from 2 to 5 hours a day on Outlander, depending on whether I am writing a lesson and/or posting on social media.

What do you like most about the Outlander books and show? What do you like the least?
I love the entire saga of Jamie’s and Claire’s love story - all of it! I appreciate that it doesn’t end with the wedding night, like many romantic stories. My own marriage is now in its 56th year, and I like to read about marital success. Diana’s characters are all compelling, including the darkest of them! Her attention to detail (even doormen have names and backgrounds) is rare. I deeply value the anatomy, pathology and medicine she weaves into her storylines. Invariably, I learn new (non-medical) words as I read her books. Generally, that doesn’t happen with most other authors, at least to me.
Casting, costumes, and sets of the TV series have been splendid! Considering general TV fare, one is grateful to RDM and team for granting TV life to this story.
For me, there is no “least” with the books. I adore everything about them, even the shocking parts (how DARE BJR rape Jamie???). I also love the TV version, although it embraced a few innovations which didn’t improve on the books. There are notable exceptions such as Angus and Rupert. Loved those lads! 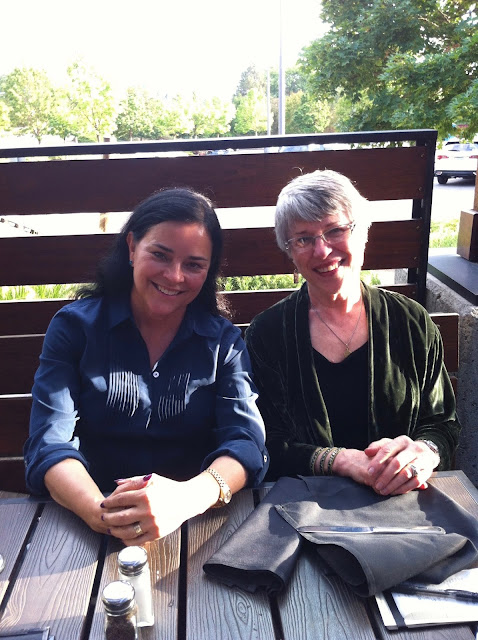 Which character in Outlander is your favourite?
Hands down, James Alexander Malcolm MacKenzie Fraser!

How has Outlander affected your life and/or lifestyle?
When I watch an episode or write a lesson, all life narrows down to the Outlander immersion tank! Family members are very respectful of my love affair. Because of Outlander, I have traveled twice to Scotland, the home of my mother’s predecessors.
I have been to the Outlander premieres in LA and NY.
Here is my interview with RDM and other footage from the 2016 NYC Premier of Outlander S2, https://www.outlanderanatomy.com/my-tartan-affair-2016/
I have been to SDCC (San Diego), SiWC (Surry, B.C.) and North Carolina to admire the land Diana describes as Fraser’s Ridge.

Is this the first fandom you are a member of? What made you decide to join this fandom, rather than any other one? What do you like and dislike about this fandom?
As mentioned above, this is my first and only fandom - I am not really interested in any others, although there are other TV series I enjoy (e.g. Poldark, The Crown, and anything from PBS Masterpiece Theater). I got swept into the Outlander fandom as folks read the anatomy lessons and interest expanded.
I love kind, generous and grateful fans. I recoil if fans are harsh, obsessing over every perceived blemish. If one is discontented with books, author, or TV show, do oneself a favor and switch to a more satisfying venue.

Have you met Diana or any of the actors of Outlander? If so, which personality did you enjoy meeting the most? If not, who would you like to meet the most?
Thus far, I have met Diana, Sam (see photo), Cait, Tobias, Ron, Terry, Maril, Toni, Matt, Anne, Bear and Raya. I almost fainted when I interviewed Sam at the SAKs event in NYC. But, my favorite personality is Diana.
I first met her at a Fort Vancouver book signing in 2014 - I had just launched my blog. And, she had just posted that Outlander Anatomy was her favorite new blog
https://www.outlanderanatomy.com/herself-found-outlander-anatomy/
But, I was too shy to introduce myself. I got over that, and Diana has since granted me three audiences. The first time (2015 - see photo), I met her and her website manager for drinks. The second (2016), she had drinks and treats with me and my daughter. The third (2017), she and I met for drinks and a light meal. Each time, she has been a dream to converse with: kind, interested, patient, creative, resourceful, generous, enthusiastic, and just plain brilliant! And, of course, I love that she is a scientist. Our wide-ranging topics might shock others (I have told her some dissection stories), but never Diana. And, she has a terrific sense of humor!!!
All graphics and edited formats for this blog by,  Dorianne Panich
Posted by Outlander Homepage at 2:07 PM