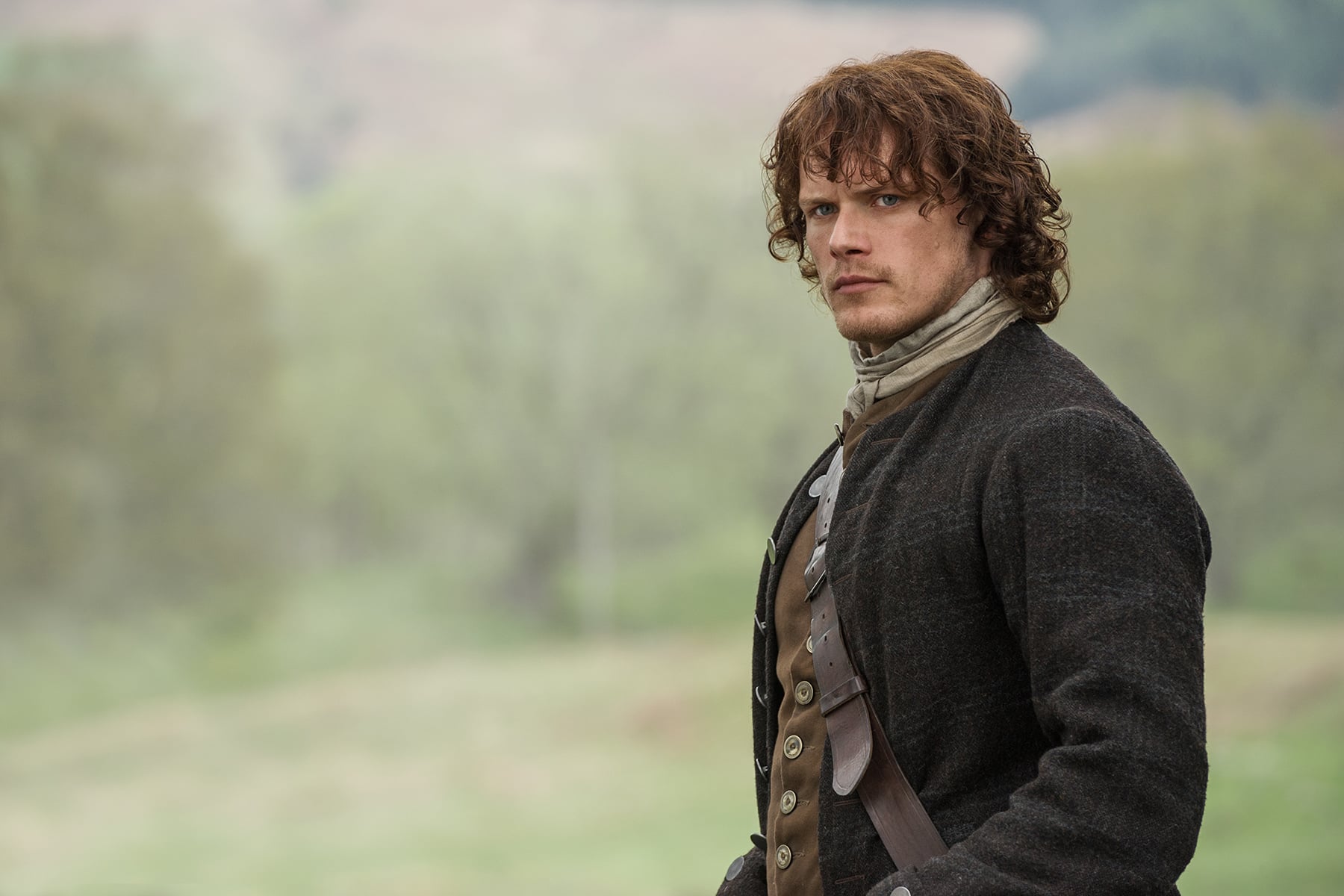 When Outlander premiered in 2014 on Starz, the historical drama immediately captured the hearts of both fans of Diana Gabaldon's original book series as well as plenty of newcomers who couldn't help but fall in love with the fantasy romance. Part of the rabid obsession with the series is owed to its two fantastic leads, Caitriona Balfe and Sam Heughan, whose onscreen relationship as Claire and Jamie is one of TV's most electric. Since we're currently in the midst of one hell of a Droughtlanderuntil season three returns, we decided to go right to the source and hopped on the phone with Heughan to pump him for details. Although he didn't give up all the goods (he's a true Scottish gentleman, after all), he teased everything from the big surprises fans should expect to see in the new episodes to what it's like to age two decades between seasons.


POPSUGAR: I have to say, I really love the interactions you have with Outlander fans on social media. It seems like there are few fandoms that are as strong and supportive as Outlander's, and the cast seems to have a great relationship with them.

Sam Heughan: I think we have possibly the best fans — actually, I know we have the best fans that there are. They're so supportive of what we do, and they're extremely passionate and enthusiastic. They're very discerning as well. They don't take any crap. We started out making the show ultimately for the fans, but we've gathered new fans as well as fans of the books. We just love to interact with them. Sometimes we don't get the chance to, or have enough time to, but it's been great meeting some of them. It's been amazing. After almost three years, you can really feel the relationship with them.

PS: I bet. Have you had any particularly memorable moments with any of them?

SH: Yeah! Last year I was the grand marshal of the Tartan Day parade in New York City, and for me that was a great experience. To be in New York, and lead this march down Sixth Avenue . . . we had a lot of fans there, and not only Outlander fans, but also My Peak Challenge fans, my charity lifestyle program. It was just great to have everyone there celebrating Scotland, and celebrating their Scottish heritage. It was a really special thing.

PS: Is there anything in the upcoming season that might take diehard fans of the books by surprise?

SH: We always try to stick as close as we can to the books, but obviously it's hard to make a book episodic. I think there is going to be stuff in there that the fans will recognize since we put in as much detail as possible, but there's some really incredible moments. Certainly the beginning of season three is a slight deviation from the book. We're going to be showing a bit of Culloden, and what happened to Jamie. You're going to see it, and I think it's important since we talked about this battle, and that the Highlanders are doomed, and that they might be wiped out. It's a reward for the fans. There's one moment in particular that I didn't even know we were going to shoot, and I know the crew didn't, and everyone was like, "What the hell is this?!" There are some big surprises, but there are also some great moments from the book that we try to stick to as much as possible.

PS: There's going to be a sizable time jump in season three, which we already got a taste of at the end of the last season in Claire's storyline. As an actor, are you approaching the role of Jamie differently now that so many years have passed and he's essentially a different man?

SH: In book three, Jamie is many characters. He's at least three, maybe four different things to people. He has different names, and basically he doesn't want to be Jamie Fraser. He wants to die at the end of season two, and he goes into battle thinking he will. To live is not part of the plan, and certainly without Claire, it's even more so not what he was expecting. He has to learn to fight again, and find purpose in his life. Aging became not about giving him a walking stick and gray hair. It became more about the experiences that he's lived, and how that changes him. I think he is, at times, unrecognizable. Sometimes we see the Jamie we know, but it will be a journey for him to get back to being James Fraser.

PS: We've seen that Jamie and Claire's love is incredibly strong, but this long period without each other has to take its toll. In what ways would you say their relationship is going to be challenged?

SH: In his mind she's dead. She's in the future living a different life, and she thinks he's dead. They both create new lives without each other to try to survive and cope, so you can imagine that when they do finally reunite, it's going to be quite special. Time has passed, they've become different people, but they do have this great love for each other and this great bond. Ultimately that's their saving grace, and what brings them back together. They have so much history. It's really wonderful to play these characters who have moved on from where they were in season one, but hopefully you'll still see bits of what attracted them to each other in the first place.

PS: You and Caitriona seem to have such a close friendship off set — does that make it easier for you both to play husband and wife?

SH: Ultimately, yeah. Caitriona and I get on very well, and I'm very lucky. She's extremely talented and an extremely nice person, and we have a lot of fun. Actually, having scenes away from her, and time apart from her, is kind of like losing someone in your family. A loved one. It's very strange, and I don't enjoy it. Whenever we're together it feels right, and I look forward to the days when we get to work together again.

Posted by Outlander Homepage at 8:38 AM