For 2 seasons now, Outlander fans have been kept enthralled as events led the characters inevitably towards the Battle of Culloden.
In the final episode of season 2, Jamie Fraser sent those he loved to safety, before turning back to the battlefield to meet his death. 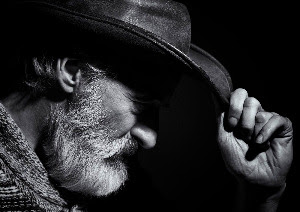 But while each episode of the show focused on the main actors, what of those unnamed characters in the background, the many brave men who ultimately followed their chiefs into battle? Actor, Director, Photographer, Writer and Editor, Ronnie Battenberg Goodwin portrayed one of these unnamed members of the McKenzie clan. He graciously agreed to talk to Outlander Homepage about his life, his experiences and his idea of a perfect day!

To begin our interview, we wondered, with such an impressive number of career descriptors, whether Ronnie identified with one of them more than the others.

“Like any other creative, I live a very varied life,” Ronnie explained. “Yet the one thing I truly relate to is film making. It encompasses all the skills that I have developed and learned over the years, including photography and story telling.”


Interestingly, the opportunity to audition for Outlander came to Ronnie’s attention via social media.

“I saw a post on Facebook that read 'Bearded Horse Man required', so I ticked the box,” Ronnie said. “A couple of days later, I was sitting on a 17.2 Hanoverian called George! I was one of a few people chosen to join the show. At this point I didn't have a clue about Outlander, but I had a job! WooHoo! I had played a period rider before, on the show Lorna Doone, many moons ago, but the experience I had on Outlander was definitely once in a lifetime.”


Actors have many different techniques when it comes to creating a character. For Ronnie, it all came down to the look and the posture.

“As soon as they put the wig on, my character appeared in the mirror,” he said. “Then, when I sat on the horse, it felt like I was made for the part.” 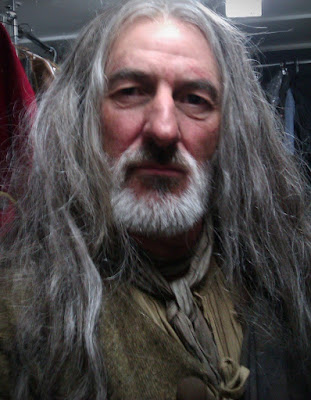 When asked to recall funny or dramatic moments on the Outlander set, Ronnie was not short of examples.

“I remember many moments of near disaster!” he joked. “To give you an idea, imagine trying to get on a monster horse at 2am in the rain. It was slippery and I was cold and very uncomfortable. Next, imagine getting on and off the horse for 9 takes - and don’t forget that I was in full highland dress as well. Eventually, you lose all your strength. I ended up needing to find a block of wood or a tree stump to help get a leg up!”


But mounting the horse was only the beginning.

“Another time, we were filming the ambush episode, when my groom didn't tighten my girth enough. I was sitting on George, but another one of the highlanders, Roy Ramsay, had to get on as well. In the story, Roy’s horse had been shot from under him, so we had to ride two up. He and I locked arms and I hauled him up, but the saddle slipped and we both ended up under the horse! Fortunately for us, George didn't move. We were very lucky.” 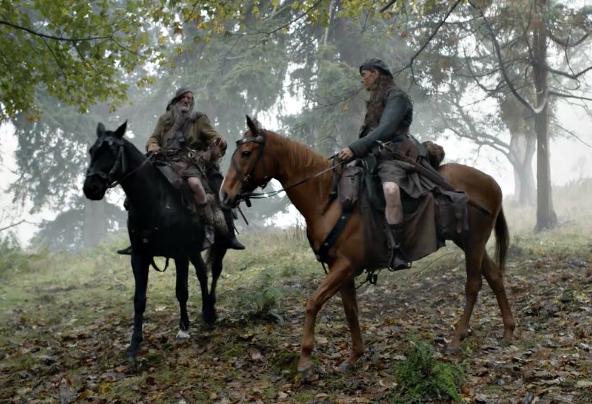 Unfortunately, Ronnie wasn’t quite so lucky whilst on location at Doune Castle.

“Probably my most painful memory would be the time that I bumped my head on the castle archway,” he said. “I didn't do that twice!”


When asked where he would choose to go if given the opportunity to travel forward or backwards in time, Ronnie’s answer was heartfelt.

“I would travel back in time to see my grandad,” he said. “My grandad was my hero, and I didn't get to say goodbye.”


With such a busy life, spare time is rare and we wondered what Ronnie’s perfect day would look like.

“ I rest in my spare time,” said Ronnie. “I’m definitely an early to bed, early to rise person. I love the morning light for my pictures. My perfect day involves sitting on Betty Blue, casting a fly for a couple of hours and enjoying the outdoors.”

(Luckily for us, Ronnie provided a link to illustrate this perfect day.
Go here: https://youtu.be/PyYleOJC2T4  and you might just recognise another Outlander actor, providing the voice of the soundtrack...)

Finally, talk turned to the future, as Ronnie shared a little of what might be coming up next.

“I have a great opportunity,” he explained. “I’ve been through the first process and did OK I think. Now I just need to wait!” 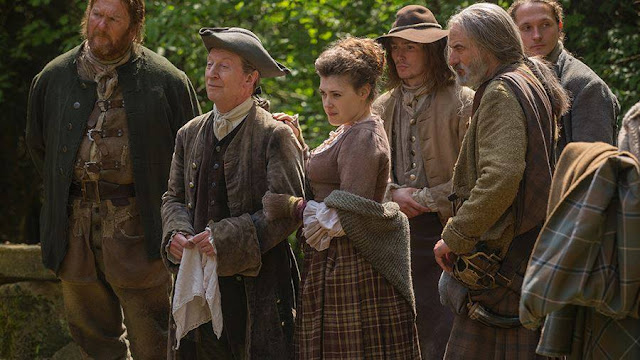 We’d like to thank Ronnie for giving up his time to talk to us - and certainly wish him all the best for his new opportunity!

As a final treat, why not check out his ebook, which has some wonderful photographs and stories - and some more appearances from a familiar Outlander clansman...

This interview was conducted by Susie Brown, a teacher-librarian and writer who lives in Australia. She has never been fly fishing - but Ronnie’s video certainly looks inviting!

Posted by Outlander Homepage at 7:25 AM