With the fandom having Twitter parties and tweeting support for the Outlander Team, last night was exciting and confusing. Everyone waited to see Sam Heughan and Caitriona Balfe on the red carpet, but after the show started, it soon became clear that our Outlander cast had not attended the Award show. Caitriona Balfe tweeted, that work obligations made it impossible for her to attend. 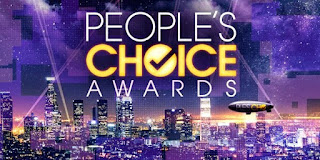 The votes have been tallied, and the winners are in!
The biggest stars in entertainment stepped out for People’s Choice Awards 2016 on Wednesday night, and a number of them walked away with some shiny new hardware.

Taylor Swift was the big winner in music, picking up “Favorite Female Artist” and beating out her pal Ed Sheeran for the title of “Favorite Pop Artist.” No need to feel too bad for Sheeran though, the singer was the people’s pick for “Favorite Male Artist.”

Meanwhile, Britney Spears proved she’s a force to be reckoned with on social media. The singer shot ahead of fellow nominees Anna Kendrick, Beyoncé, Dwayne Johnson, and Taylor Swift — not to mention all their followers! — to win the brand-new People’s Choice Awards category, “Favorite Social Media Celebrity.”

The most-triumphant winner of the night however, was Ellen DeGeneres. The “Favorite Humanitarian” honoree walked away with “Favorite Daytime TV Host,” effectively breaking the all-time win record with an astounding 17 People’s Choice Awards to her name. 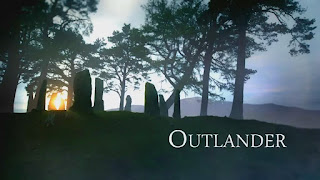 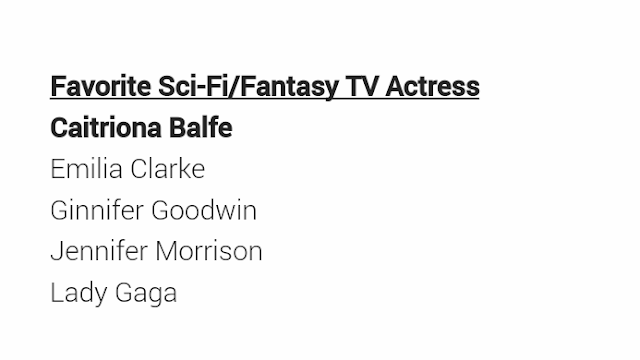 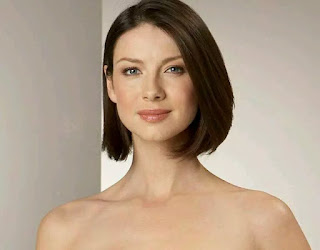 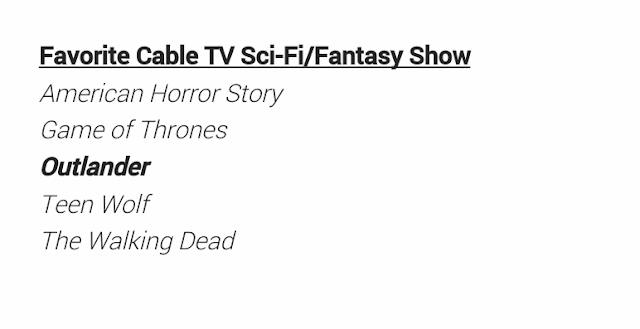 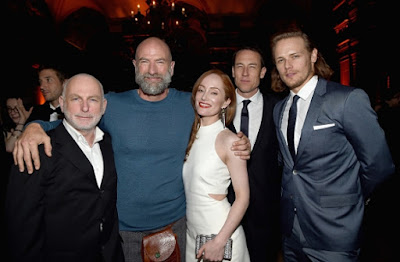 Congratulations Outlander Cast and Crew. This is what happens when fans pledge their fealty and tells Starz just what Diana Gabaldon’s Outlander series means to us...
Posted by Outlander Homepage at 7:13 AM