‘Outlander’ season 2: The finale script is getting together! 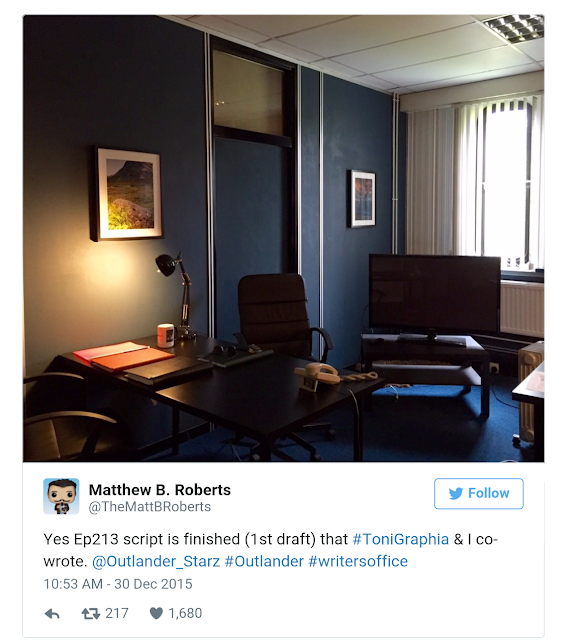 We’re into January now, and the first week in particular is a rough one for those of you looking for more TV scoop. It doesn’t really matter much if you are talking about “Outlander” or any other show.

However, we are at least pleased to know something from a bit of a progress-report perspective when it comes to the Starz series: The first draft of the season finale has been composed! (We’re at least presuming that this is the finale, and not some situation where they are being written or filmed out of order.) Writer / co-executive producer Matthew B. Roberts confirmed the great news, along with mentioning that Toni Graphia and him were the two responsible for the script. Both of them should be very familiar to “Outlander” fans already, having penned a number of season 1 episodes.

Does this mean that they can start turning their focus to season 3? Not necessarily, since writers always have to producer several drafts, but it is a nice step in that direction. From there, filming will eventually begin, and then everyone will be in wait until the show is renewed or Starz at least allows the writers to start up on script ideas. While there is no official renewal yet, we still consider it more or less a formality. The ratings are great, and the show draws tremendous attention.

“Outlander” season 2 will premiere on Starz at some point this spring. Hopefully, we’ll have another trailer or something advertising an official premiere date soon.