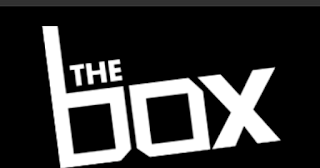 Sam Heughan on … the Roots of My Peak Challenge

In this Web exclusive, Sam Heughan, star of “Outlander” and recovering distance runner, weighs in on his history of inspiring others to work out.

Before Outlander, you starred as Bruce Wayne in Batman Live, a touring stage show. Did you also have to train for that role?

Yeah, we very much had a boot camp for that, too, actually. There was a lot of flying involved, so there was a lot of core conditioning. Flying on wires — so it’s just to maintain the position in the air — that’s all about core, really. And then there was a lot of stage combat, lots of krav maga and mixed-martial-arts kinds of things. Stick fighting, as well, and sword fighting. We did a lot of bodyweight training because we had a lot of acrobats with us. A lot of them were British champions or working on Cirque du Soleil and those sort of things, so they were all in there with us, and we just did their kind of workouts. It was all bodyweight. Squats, push-ups, pull-ups were sort of the standard.

The gymnastics feeds into CrossFit, too.

Absolutely, yeah. One thing I really wanted to do was get a handstand. They were teaching me, and I kept working on it, but I have to admit I sort of lost interest. Then I started working on a muscle-up and then that developed into wanting to do 100 pull-ups unbroken. I was working on it for a long time, and I got up to about 40, I think. But then I lost interest in that, too.

It was hard because we were traveling — each week we’d go to a different country. Then I heard of an event called the Marcothon, which for the whole of December every day you have to run either a 5K or 25 minutes, whichever comes first. So I committed to do it for charity, and I managed to encourage about 15 people from the company to do it. A lot of them didn’t really run or they were, like, either actors or acrobats who didn’t run, but they all did it, and every day people were running.

It’s not far to run, but without having a day off, it really begins to fatigue you very quickly and it becomes a mental thing. It was amazing — on Christmas Day we ran all together along the Seine in Paris; we ran in Switzerland in the snow; we ran in Germany. There was one guy who was pretty overweight, an actor who had never done anything physical, and he started doing this and he didn’t stop. Now he’s running — every weekend he runs like 18 miles, 20 miles. He’s gotten into it. But it was great. Exercise brings people together, and I’ve had some great experiences just working out with people and going to hang out. You just get to know people when you share activity.

To read the full interview with Sam Heughan, buy the January/February 2016 issue here.

My Peak Challenge, Sam Heughan’s charitable initiative, raises money for blood-cancer research by encouraging participants to set a fitness goal and offering a full 60-day training and nutrition program to help them meet it. For more information or to join, go to mypeakchallenge.co.uk.

Posted by Outlander Homepage at 11:53 AM