France and the unique fixations of the times.

Dragonfly in Amber, Chapter 9 - The Splendour of Versailles
It was neither the gown or the prospect it revealed that rattled me, though. The breasts of "Nesle," while reasonably adequate in size, pleasant in proportion, and tipped with large brownish aureole, were further adorned with a pair of nipple jewels that caused their setting to recede into insignificance. A pair of diamond encrusted swans with ruby eyes stretched their necks toward each other, swinging precariously in their gold hooped perches. The workmanship was superb and the materials stunning, but it was the fact that each gold hoop passed THROUGH her nipple that made me feel rather faint. The nipples themselves were rather seriously inverted, but this fact was disguised by a large pearl that covered each one, dangling on a thin gold chain that looped from side to side of the main hoop. 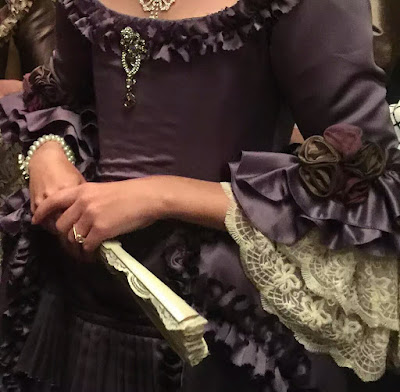 The first known case of nipple piercing, in the civilized world, was in Rome. It's said that Roman solders would pierce their nipples to prove their strength and so they could hang their capes from the hoops. It isn't until the 14th century that we see women piercing their nipples.

It was Queen Isabeau of Bavaria that introduced nipple piercing to the upper class society. At that time the style of dress, for the upper class, was VERY low cut, and some necklines were so low as to show the navel, thus showing a LOT of cleavage. Soon women were baring their nipples freely and enhancing them with nipple rouge and jewelry.

In the Victorian period nipple piercing became very fashionable. The women in France loved the way the piercing made their nipples stay erect, as a result they found that having constantly erect nipples made them more sexually appealing to their husbands and lovers. Women also would pierce their nipples to make their nipples look bigger or to keep them from inverting.

Honestly, when I think of nipple piercing I think....OUCH!! It's funny how we look at the past as being old fashion, but times change...people don't.

People will always love fashion and trends, even in the 18th century, fashionista's were setting trends and being amazing.
I can't wait to see Diana Gabaldon's vision of Versailles brought to life by Ron D Moore in the upcoming season of Outlander.

I myself do not plan on following the nipple piercing trend, but C'est la vie!

Nipple piercing became a fashion trend among society women during the Victorian period around 1890. Reports about nipple piercings were featured in magazines such as Vogue at the end of the 19th century:

For a long time I could not understand why I should consent to such a painful operation without sufficient reason. I soon, however came to the conclusion that many ladies are ready to bear the passing pain for the sake of love. I found that the breasts of those who wore rings were incomparably rounder and fuller developed than those who did not. My doubts were now at an end...so I had my nipples pierced, and when the wounds were healed, I had rings inserted...with regard to the experience of wearing these rings, I can only say that they are not in the least uncomfortable or painful. On the contrary, the slight rubbing and slipping of the rings causes in me an extremely titillating feeling, and all my colleagues I have spoken to on this subject have confirmed my opinion.
— – London socialite writing in Vogue, 1890

Nipple piercing has gained much popularity in recent years with many celebrities and fashion models having this type of piercing. Despite this, many are motivated to get a nipple piercing for personal reasons including for self-expression and to feel unique. Furthermore, at least one study has shown people take, on average, 1–2 years to make a decision to get pierced.


The Naughty Side Of 18th Century French Fashions.
By Evelyn Kennedy Duncan 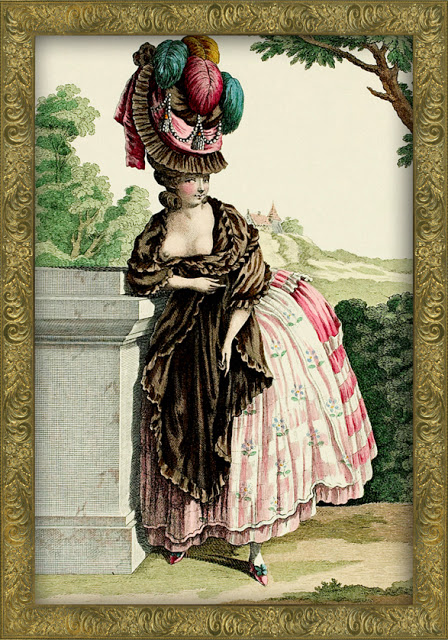 Above is a French fashion plate from the 1780's showing just how low fashionable
bodices had come. There is no question that the ladies nipple is indeed exposed.
This is not a solo fashion plate. I have several that show exposed nipples from this same time period and others where a majority of the breast is exposed even if the nipple is not obvious to see.

This extreme fashion was not only in France but to some extent in England and other progressive European countries. Not all women went as far as to expose their nipple(s), others chose only to allow the areolae to be visible and those more modest, would allow the bodice to come just to but not quite expose the that much of their charms.

Any way you look at it, showing cleavage or one's décolletage was an acceptable fashion statement of the day. The question was not would you show cleavage but "how low will you go"?

*****
I thought it would be interesting to post about some of the more daring fashions from this time of Marie Antoinette (the late 1770's through the late 1780's) that show how low the bodices could be. Some do not blatantly expose the nipple(s) as seen in the above engraving; however in many of them on closer inspection you realize just how exposed they really are. 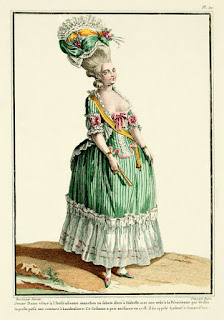 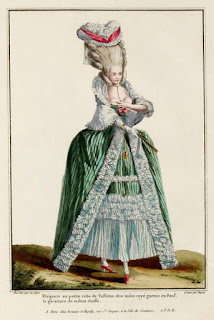 For an in depth look at naughty Couture in the 18th century, go to EKDuncan blog:
http://www.ekduncan.com/2012/03/naughty-side-of-18th-century-french.html 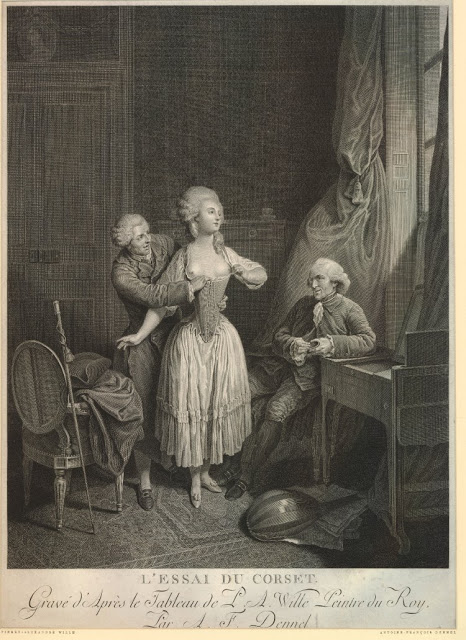 Posted by Outlander Homepage at 8:08 AM