An interview with Bear McCeary on the score of Outlander season two, and the French connection

Bear McCreary's score for Outlander season one, is so hauntingly beautiful, he received an Emmy nomination for it in 2015. So while we know Bear is a highly talented Composer and theme creator for quite a few television shows, did you wonder what the music would be like for Outlander season two, the first half? Which takes place in Paris, in the 18th century? How does a Composer with a love for Bagpipes, switch his score for a series already established, and known to take place in Scotland in 1743? Well, thanks to this interview with the Collider, we have an answer.

Bears love of the Scottish bagpipes is featured in the very funny video, below.


Oh and Bear, We love the babpipes!

BY ADAM CHITWOOD of Collider

When Outlander returns for its second season, fans will be in for some big changes. The immensely popular Starz series, which is based on Diana Gabaldon’s historical fiction book series, left off at the end of Season 1 with the show’s heroes, Claire (Caitriona Balfe) and Jamie (Sam Heughan) setting sail for the safety of France, promising a location change from the Scotland-set first season. Indeed, when Collider was able to speak with prolific composer Bear McCreary recently in anticipation of his work on the feature film 10 Cloverfield Lane, the Battlestar Galactica and The Walking Dead composer also spoke about his work on the new season of Outlander, for which he promises a heavy musical shift in concert with the setting change.

During the course of our interview, McCreary explained how the location isn’t the only major difference in the new season of Outlander:

“I think it’s essentially a different show while they’re in Paris. The look of it’s different, the costumes are opulent, and I intensely researched the music of the time period. In fact one of the characters in the book who makes an appearance is the Count of St. Germain, and when he made his appearance I looked him up on Wikipedia because I thought, ‘This feels like a real guy,’ and he is a historical figure who actually, among his many skills, was a composer and wrote music! And I actually had my music historian pull up some old music of his and I found a piece that I liked, so he wrote his own theme. The guy, when he’s on camera the music that’s being played is his theme that his character actually wrote in real life.” 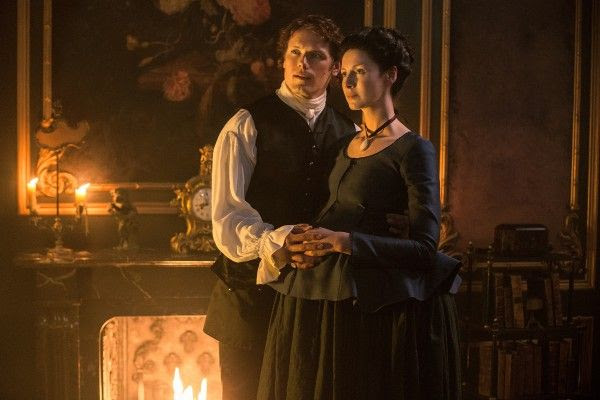 (Normally we post an article and either retweet from their link, or print the published piece on its own. We thought this was such an interesting "look inside" bit of Outlander season 2, that we wanted to add a link here for the real life Count of St Germain, Played by Stanley Weber. As Bear found out, the Count, or Comte, was truly a unique character.)
https://en.m.wikipedia.org/wiki/Count_of_St._Germain


McCreary went on to explain his enthusiasm for attention to detail:

“Stuff like that you can only do on a lush period piece like this when you have the time to do the research. When we go to Versailles, the music that’s being played there is the definitive music for that place and that time period. I always like to think I build in historically accurate musical in-jokes that are so precise that like maybe there’s 7 or 8 people in the world watching the show that will sit up and go, ‘Oh my God the music being played is the right kind of music!’ But for everybody else it still helps create a sense of authenticity. It just feels authentic and it helps that it actually is.”

And for Outlander, McCreary was granted the luxury of time given that the production of the second season was split between two very different locations:

“Interestingly, the second season of Outlander, the show shoots in Scotland but a big part of it takes place in Paris this season—they shot a lot of it I think in Prague and some other places—but because of that there were a lot of shots and certain scenes that needed to be shot somewhere other than their primary shooting basecamp in Scotland, and so all those shots got delayed until they went and shot them all at once. So I ended up with an early version of like half a season. Sure there were scenes missing, but there was a lot of stuff that was good to go and I had months to do it.” 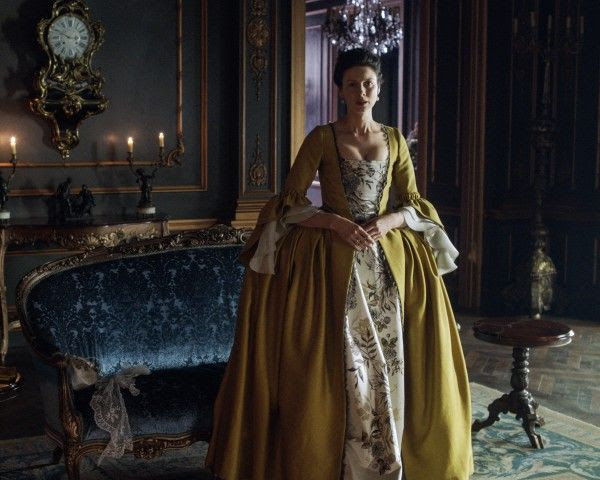 Having been given an early look at a large chunk of the season, McCreary was then able to immerse himself in location and period-specific music:

“It was really great, especially because I knew nothing about Baroque French music and I’m quite the expert now [laughs]. I really had a lot of time to get into it and soak it in and work with some experts and learn all about how the music sounded and really completely reinvent the sound of the show. That’s the kind of thing if I had a week to do that first episode that gets to Paris, I couldn’t do it. I’m not a good enough musician to like completely master something in a couple of days and turn it around.”

So when Outlander Season 2 debuts on Starz on April 9th, while the Scottish influence on the score might be diminished, sit tight knowing that the French-infused music was crafted with the same passion and specificity.

Look for much more from McCreary in my full interview on Collider soon. 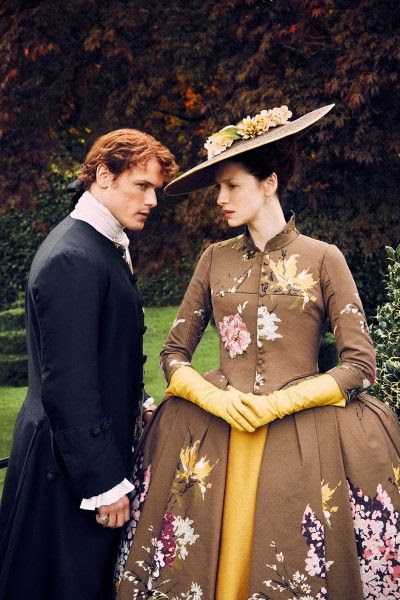 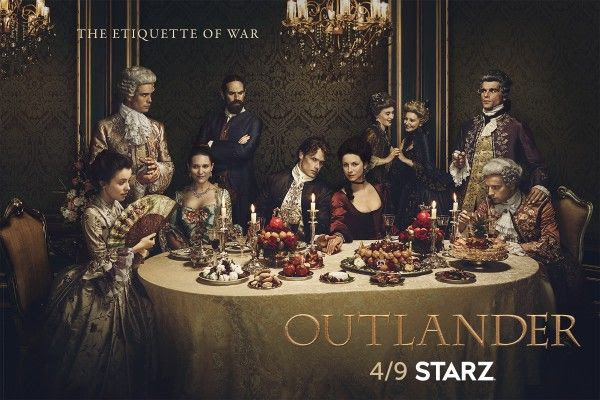 Posted by Outlander Homepage at 7:11 PM