STONE CIRCLES : POWER AND SPIRITUALITY IN THE SOUTHERN HEMISPHERE

With a warm welcome, we announce Susie Brown as our new administrator and writer. You can check out her website link on our blog for more on this amazing lady and her writing talent. This article is Written by
Susie Brown, a children’s author, teacher-librarian and Outlander fan, who lives in Australia, who has visited the Standing Stones at Glen Innes, but remained firmly in the 21st century! 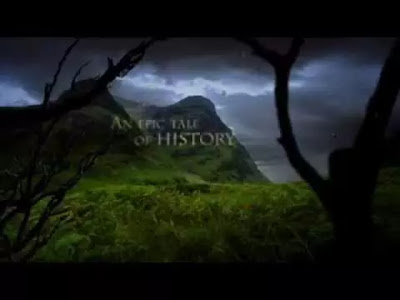 “That’s Craigh na Dun, lass. I’d meant to show ye after our meal.… There ‘tis.” He waved a hand with a sort of proprietorial gesture.

“Why, it’s a henge!” I said, delighted. “A miniature henge!”… I had heard from another tour guide at Stonehenge that these stone circles occur all over Britain and Europe - some in better repair than others, some differing slightly in orientation or form, all of purpose and origin unknown. … The tallest stone of the circle was cleft, with a vertical split dividing the two massive pieces. Oddly, the pieces had been drawn apart by some means. Though you could see that the facing surfaces matched, they were separated by a gap of two or three feet.

There was a deep humming noise coming from somewhere near at hand. I thought there might be a beehive lodged in some crevice of the rock, and placed a hand on the stone in order to lean into the cleft. The stone screamed.

I backed away as fast as I could, moving so quickly that I tripped on the short turf and sat down hard. I stared at the stone, sweating.

I had never heard such a sound from anything living… The other stones began to shout….I shook my head violently to clear it, but the noise went on. I stumbled to my feet and staggered towards the edge of the circle. The sounds were all around me, making my teeth ache and my head spin. My vision began to blur.

I do not know now whether I went toward the cleft in the main stone, or whether it was accidental, a blind drifting, through the fog of noise.”


While there have certainly been no reports of “Claire-like” disappearances in the Southern Hemisphere, Australia is home to a number of stone circles. Many of these were constructed by the indigenous peoples of the country and are thought to have been associated with spiritual ceremonies. Some are made from small flat stones, while others resemble the taller stone circles found throughout Britain, with one in particular arranged in such a way that its stones mark the positions of the setting sun at the equinoxes and solstices.

There is one set of standing stones, however, that differs from those of the indigenous people. It has particularly strong ties to Scotland and is located in the town of Glen Innes in New South Wales. This stone circle has been deemed the national gathering point of Celtic descendants and clans. The stones themselves are thought to be the first of their kind to have been built in over 3500 years.


So how did a set of standing stones come to be built high on a hill overlooking a small Australian town with a population of a few thousand people? The story begins with a group of local citizens who wished to pay tribute to the Celtic heritage of the early European settlers of the district, the majority of whom had come from Scotland. A submission was made to the Celtic Council of Australia in 1988, requesting that a ring of standing stones be built in Glen Innes. The design of the stone circle was inspired by the Ring of Brogdar in Scotland’s Orkneys. The submission was successful, but no money was provided for the circle’s construction, so sponsors were duly sought and asked to contribute $1000 each. Clans and families from across Australia and all over the world responded and within a fortnight, the money had been raised. An elaborate creation process then began.

Bushland within 50 kilometres (31 miles) of Glen Innes was scoured for suitable stones, each of which needed to stand 3.7 metres (12 feet) high. Only three stones were found to be suitable in their natural state, with the remaining ones having to be split from larger rock bodies. This was a complex process. It involved using a special compound, which was poured into carefully drilled holes. The compound reacted with the granite, causing the rocks to split apart without the need for explosives. A 12 tonne forklift was then used to lift and transport the stones to their new home in the Centennial Parklands of Glen Innes. Each stone averaged 17 tonnes and the whole operation took more than six months. At the end of it though, there were 40 monoliths ready for arrangement.

The three stones which had been suitable in their natural state were used as the three central stones of the circle: the Australis stone (for all Australians, symbolising the link between old and new worlds), the Gaelic stone (for Scotland, Ireland and the Isle of Man) and the Brythonic stone (for Wales, Cornwall and Brittany). Of the remaining stones, 24 were arranged in a circle to represent the 24 hours in the day; four stones were placed to mark the cardinal points of North, South, East and West, and seven others marked the summer and winter solstices. There were also stones to symbolise specific Cornish, Welsh and Irish celebrations.

Since the official opening in February 1992, the Glen Innes Standing Stones have attracted many visitors every year, particularly during the annual Celtic Festival. Some of these visitors speak of feeling a powerful, spiritual influence as they walk around the area.

For Outlander fans, Glen Innes has one last compelling link. Standing at the edge of the standing stones, is a small crofter’s cottage, built out of basalt rock. It is a replica of a small stone Taigh Dubh (black house) that survived the Battle of Culloden in 1746.

So, if you ever find yourself in Australia, why not pay a visit to Glen Innes? Perhaps you might feel the power of its stones too, as they sing you a song of a lass that is gone!

Posted by Outlander Homepage at 9:13 AM