Titles of the Outlander Series, Season two Dragonfly in Amber!


Starz just released the first five episode titles of Outlander season 2. What do they reveal about Jamie and Claire's story?


After just one episode had aired of the first season, Starz was clearly happy enough with the viewing numbers for the time-traveling romance to order up Outlander season 2. Now we have a premiere date for the 13-episode second season, which will be based Dragonfly in Amber, the second of the eight books in Diana Gabaldon’s best-sellingOutlander series.

Starz has just released the episode titles for the first five episodes of season 2, and there may be some hints about the progression (and, for those who already known the plot, the pace of progression) of Claire and Jamie's story in there...

Outlander season 2 kicks off on April 9th at 9:00 p.m. on Starz. With the annoucement, Starz also released the first key art for the new season:

Updated: by Starz, the Episode Titles! 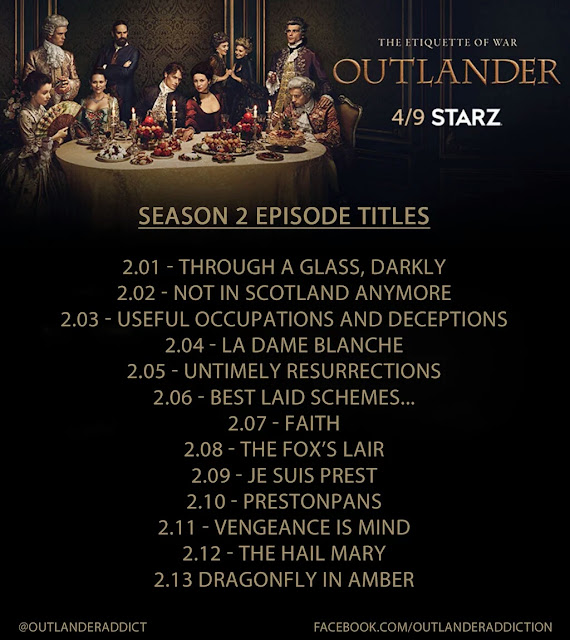 Posted by Outlander Homepage at 7:24 AM