Sam Heughan is lending his name to yet another good cause for his home Country Scotland.

He attended the opening along with media and press of  The Empty Shop, Glasgow, along with Super model ..  Eunice Olumide
For:  Zero Waste Scotland #PassItOnWeek

Their goal is to fill up the shop with gently used clothing.

What Sam said: It's about recycling clothing for the sustainable materials to be reused, which also helps people afford gently used clothing as well.

What Zero Waste Scotland does: 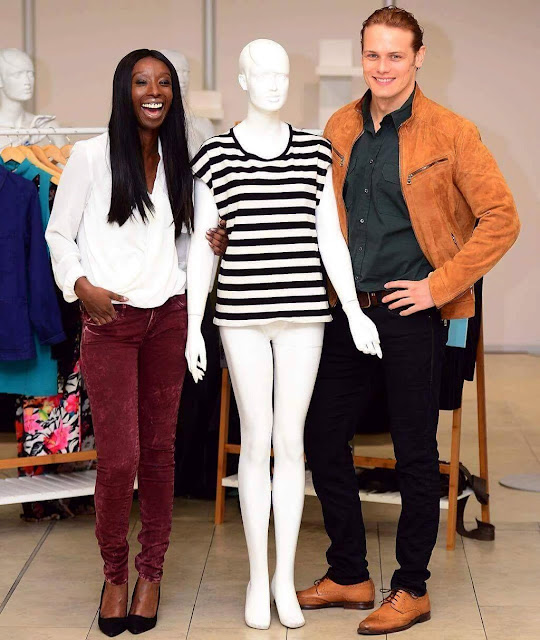 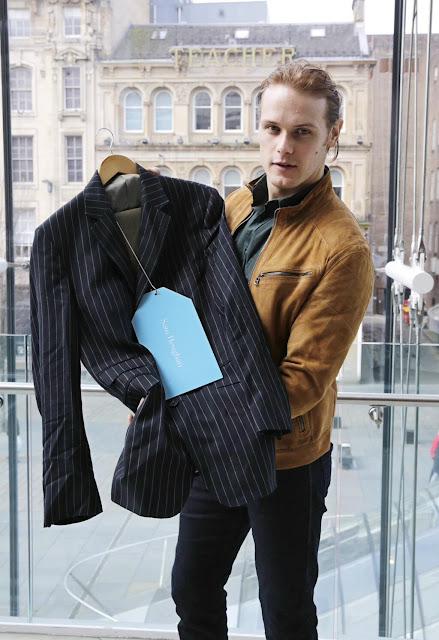 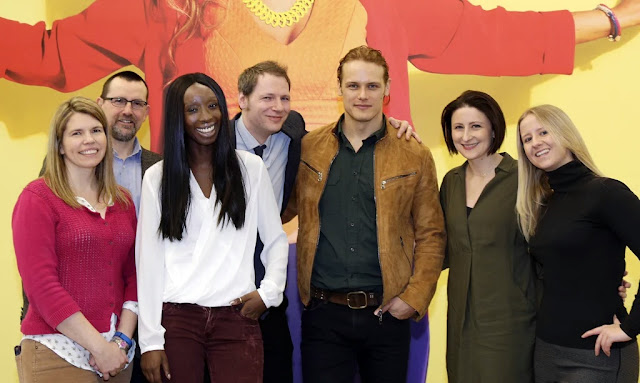 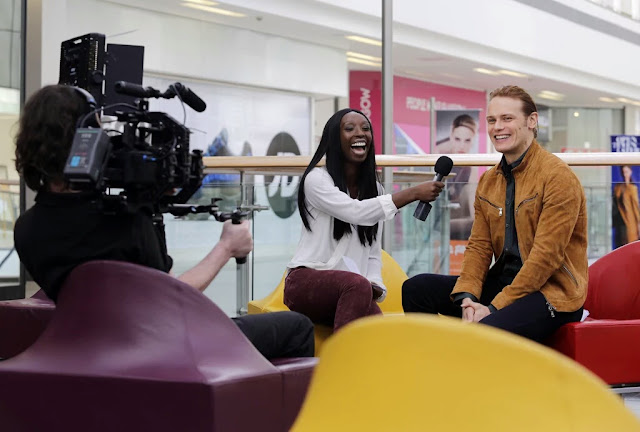 OUTLANDER actor Sam Heughan has joined a host of celebrities to give support to a campaign aimed at recycling old clothes.

OUTLANDER star Sam Heughan has donated some of his old clothes to The Empty Shop, a pop up store encouraging people to recycle.

The star joined Scots model and actress Eunice Olumide, to launch Pass It On Week from March 5 – 13.

The initiative aims to encourage behavioural change to help keep the things we use in circulation for longer by passing on, swapping, sharing or donating them.

Sam, who stars in the Amazon Prime blockbuster, said: “In contrast to travelling back in time – as my Outlander character Jamie does – this is all about taking action to help Scotland in the future. I’m proud that Scotland is leading the way when it comes to minimising waste and making things last.

“I hope we can inspire people to pass on items of clothing they no longer use instead of just binning them. By passing on items such as clothing, toys and furniture, and buying vintage or second-hand, we can all help to reduce our impact on the planet.”

The actor said the costumes he wears in Outlander have encouraged him to change his own buying habits.

“We have these great costumes from Terry Dresbach. Everything is authentic and incredibly well-made and well-wearing.

“Now I am moving towards trying to buy more quality clothing which lasts longer.

“We’ve all got tons of clothes we don't need. I know I’ve got a big box that’s waiting to go to charity and this is a great way to reuse things that you have.

Why throw it out and send it to landfill when someone else can use it.”

The star donated some shoes, a jumper and jacket to the shop however fans need not rush to buy the items as they have already been donated to several charities for a fund-raising auction.

For the next week The Empty Shop, set up by Zero Waste Scotland, will be display the public donations of good quality clothing, shoes and accessories as they are received throughout the Pass it On Week period.

Sam Heughan with model Eunice Olumide at The Empty Shop

All ‘stock’ in shop in St Enoch Shopping Centre, Glasgow will be cleared at the end of each day, ready to begin the process again the following day.

Eunice, who has a role in the new Absolutely Fabulous movie, said: "There are so many simple steps we can take to reduce our impact on the environment. If we all just wear our clothes a few months longer, or pass them on to charity or second hand stores for someone else to enjoy.”

The stars are among a host of other celebrities, bands and politicians who have pledged to donate an item of clothing to The Empty Shop, including First Minister Nicola Sturgeon, X-Factor judge and singer Rita Ora, rapper Eve, Greg McHugh, fashion designer Dame Vivienne Westwood, Scottish band Twin Atlantic, singer Amy Macdonald, and Stevie Jackson from Belle and Sebastian.

Sam Heughan, as Jamie Fraser, and Caitriona Balfe, as Claire Fraser, in Outlander

Iain Gulland, Chief Executive of Zero Waste Scotland, said: “By sharing, swapping, repairing, buying second-hand and doing all we can to make things last, we can develop a more sustainable, circular economy in Scotland where we can all flourish.

Glasgow is the latest city in the world – and the first in Scotland – to sign up The Empty Project as partner, and hopes to join the cities of Recife, Vitória, São Jose dos Pinhais, Maceio, Barcelona, Medellin, Manchester and Johannesburg, where successful The Empty Shop events have previously taken place.

Posted by Outlander Homepage at 2:57 PM