My family tree stands very tall, and the roots run deep, all the way from the banks of the Mississippi River to the heathered Highlands of Scotland.  I am MacGregor on my father's side, and MacNab, with some MacLeod thrown in, on my mother's. Our genealogical history has always been a point of pride in my family, but after discovering Diana Gabaldon's OUTLANDER novel series, I was better able to make the connections between past, and present.


Most clan histories boast colorful characters, and events, and neither of mine are exceptions. From one time kings of Scotland, to banished outlaws, the very name MacGregor once carried an automatic death sentence. Movies have even been made about the clans most famous leader, Rob Roy MacGregor. My favorite version is played brilliantly by the most handsome in his kilt, Liam Neeson. The MacGregors were also known as "Clann a' Cheo" meaning "The Children of the Mist" as they were famous for blending into, and disappearing on the misty highland moors.

The legendary story, handed down, of the Clan MacNab.
The clan MacNab got it's name from the Gaelic Mac an Abu, or "son of the abbot". While the clan founder is believed to be the Abbot of Glendochart, I would not equate the antics of many MacNabs that came after the Abbot to those of a clerical calling, or religious profession. It's well known that Highland clans are famous for warring against each other, and the feud between the MacNabs, and Neishes (also MacNeish) raged on for centuries, dating as far back as the 16th century. The last battle fought between these mortal enemies occurred at Glenboultachan, where the MacNabs were victorious, although several Neishes survived, and they retreated to what was known as Neish Island at Loch Earn. Although their numbers were decimated, the Neishes continued to plunder and steal over the next century, until they attacked their rival clan's supply wagon.


It happened around Christmas 1612, when the 12th chief of the clan, Finlay MacNab, sent a servant to Crieff for provisions for the upcoming festivities. The slow moving, heavily laden pony train was ambushed by the Neishes, who rejoiced at their good fortune upon hearing who the supplies were destined for, and left the servant to return home empty handed. One version of the story tells of the Neishes encountering an old crone, as they neared the shores of Loch Earn, who was rumored to be a witch. The outlaws respectfully greeted the old hag, and offered her some of their plundered goods. She refused, pointed at the Neishes moored boat, raised her arms heavenward and shrieked, "Beware sons of Ness! Beware of a time when there will be two boats on Loch Earn!" This startled the men, but realizing they owned the only boat on the loch, laughed off the crone's warning, and rowed their stolen goods across the water to their island stronghold.


Finlay MacNab had married twice, his first wife had been a Campbell of Glenochy, who had borne him two sons. Finlay's second wife's name is unknown, but she did give him ten more boys. When the news came of the attack, and robbery, the second wife saw her chance to possibly dispatch her step sons, insuring her offspring as rightful heirs. Knowing the eldest of the twelve MacNab sons was a hot head, she looked at Iain Min, "Smooth John" (he was a giant of a man and so nicknamed because he was anything but smooth) and sneered, "Tonight is the night, if the lads were the lads!" True to his nature, Iain Min thundered to his feet, rallying his brother, Duncan, to arm himself, as he did the same. Smooth John's two older half brothers, John Roy, and Patrick demanded to go along, and before their parents could protest further, the four eldest were ready for battle, following Smooth John to their long boat on Loch Tay.

The MacNabs rowed down Loch Tay to Cloichran, where they carried their boat up the steep slope of Alt Breaclaich, over the snowy mountain pass, reaching the banks of Loch Earn in the middle of the night. Steathily they rowed across Loch Earn to the ruined keep on Neish Island, where they guided their boat into a burn, and crept up to a candlelit window. Inside lay the entire MacNeish clan, drunk, gorged, and snoring in his chair was the uncouth, old chief many referred to as The Savage. The MacNab brothers followed Smooth John around to the makeshift wooden door, drawing their weapons as he hammered on the planks with his dirk handle. "Who beckons?" called the Savage, groggy with sleep and drink. Ever the true Highlander, Iain Min replied, "Who would ye least care to see?"  "Smooth John MacNab!" came the answer, along with drunken laughter.

"Smooth John, it tis, but ye'll ken him a rough man this night!" shouted Iain Min as he kicked down the door. The MacNabs burst inside and slaughtered every Neish in the ruins, except for a boy and girl who were overlooked hiding under a table. Smooth John beheaded the chief, instructing his men to take several other heads as well. With a sack stuffed with their bloody war trophies, the brothers began the long trek home. Upon their return to Ellanrayne Castle, Smooth John called out to their anxious father, "Dread nought!" (an expression that inspired the clan slogan Timor Omnis Abesto, Let fear be far from all.) His step mother appeared looking none to happy to see her step son, nor did she appreciate her husband proudly remarking, "Tonight was the night, and the lads were the lads!" At her inquiry regarding the contents of the sack, Smooth John gave his step mother a cold glare, opened the bag, and rolled the severed heads out at her feet saying, "Bowls for ye brains!"
The severed head of The Savage became the MacNab crest, and while it is a rather gruesome tale, it is a perfect example of the Highlander mindset. Piss off the wrong clan, and "ye'll likely find ye heid a parted from ye shoulders by a claymore".

When we find a Jamie Fraser connection, we use it!
From what has been recorded, and oral histories passed down through generations, such as the story above, Smooth John shared many similar experiences with another Highland warrior we all know, and love. Apparently, John Bassoon MacNab was a robust, rowdy fellow of great height, and very good looks, and quite skilled with a blade. Also like Jamie Fraser, Smooth John MacNab married ( a daughter of Campbell of Glenlyon), fathered a daughter, and a son, became clan chief, and even escaped hanging, and imprisonment from the Tollbooth in Edinburgh.  Unlike his fictional counterpart, since Diana hasn't finished the book series yet, my ancestor died doing what he loved best. Some accounts have Smooth John meeting his demise on the battlefield in Worcester in 1651, others claim he was killed during a skirmish with Cromwellian troops raiding his cattle in 1653, but no matter when or where, Iain Min MacNab died with his blade in hand, under the open sky, which is a noble death for any true Highlander. 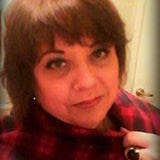 So, perhaps now you can understand why I am so proud of my Scottish heritage, my history.  Reading accounts such as the one above, and Diana's descriptions of Highlander mentality, I have a much clearer picture of why certain members of my family, myself included, behave the way we do. I can also make a connection between traditions, traits, beliefs, and social behaviors that I inherited and/or learned and those described in the Outlander series, and numerous other books, and novels.


Such discovery led me to embrace my ancestral past, and become an active participant as a board member in the Caledonian Society of Baton Rouge, and heavily involved in the planning of the Louisiana Highland Games and Celtic Festival.
My ultimate goal is to visit Scotland, particularly Killin, and Inch Buie, the MacNab burial ground at the Falls of Dochart. All the tombstones, including Iain Min's and his brother's, bear the head of the Neish chief.... Now that's what I call bloody Scottish pride.

Posted by Outlander Homepage at 7:45 AM