“Attend the Tale of Angus Mhor...” An interview with Stephen Walters by your Aussie blogging lass 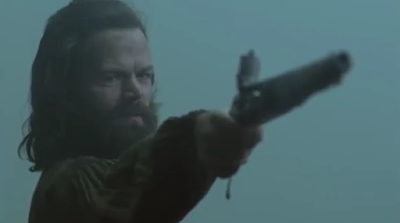 For the best part of 2 seasons, Angus Mhor endeared himself to Outlander fans everywhere. A fairly minor character in the books, Angus became a vital player on screen. His wicked sense of humour was legendary, as was his banter with Rupert and Claire. When Angus breathed his last after Prestonpans, fans grieved. How would everyone cope without him? But since Angus’ time on Outlander ended, Stephen Walters, the actor who brought him to life, has been very busy. Luckily for his fans, Stephen has shared YouTube clips of his musical and acting talents, as well as interacting frequently on Twitter. We were delighted when Stephen agreed to speak to us here at Outlander Homepage and without any further ado, we present “5 things you didn’t know about Stephen”! 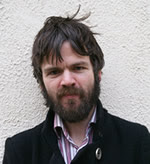 Fact number 1: Stephen has been acting since he was a teenager.

“I started acting at 15 and later trained at the Bristol Old Vic. However, most of my work has been on either the big or small screen. I have worked alongside actors as varied as Daniel Craig, Samuel L.Jackson, Tom Hardy, Vinnie Jones, Rhys Ifans, Christopher Eccleston and Robert Carlyle, as well as directors as diverse as Danny Boyle, Guy Ritchie, Ronny Yu, Peter Webber and Matthew Vaughan. In 2013, I was nominated for an RTS (Royal Television Society award) for Best Actor in a Drama. This was for "RAGGED", the true story of Ricky Tomlinson, an actor who was controversially incarcerated in the early 1970s for his part in a strike. I have also been involved in 3 Bafta winning dramas: Hillsborough, Buried and The Village.”

“It's my belief that while the writer writes the character, it is the actor who creates it. So when creating Angus, I decided to take my teeth out. I reckoned that Angus had been in a few physical scrapes and I felt that specific aesthetic lent itself to the role. The accent was worked on with the wonderful voice coach, Carol Anne Crawford, but I think that the real ‘voice’ of the character (which is often confused with the accent) is found through different rhythms, personal acting choices and research. Grant O’Rourke (Rupert) and I improvised within the parameters of the script - mostly - but I personally added lots of quirks and mannerisms to Angus that were not specifically written.”

“In my experience, it’s easier to act in another accent than in your own. If you use your own accent, you have to work doubly hard to find the ‘voice’ of the character.  My theory is that because I have a musical ear, I can pick up on accents pretty quickly. I am grateful for this, as  it certainly comes in handy! I have done Scottish, American, London, Irish, RP (Received Pronunciation, also known as the “typically British” accent) and lots of others. That said, I think that an accent used for accent’s sake is simply mimicry, not acting.”

Fact number 4: Stephen could be a one man band!

“I play lead and rhythm guitar, drums and a little piano. I write songs all the time. I can write to order if pushed and I enjoy it. I have a huge back catalogue of tunes and I hope to record an album in the not too distant future...maybe even an Outlander album!!”

(NB. Stephen is compiling a charity album as a fundraiser for Bathgate Regal Theatre, run by fellow Outlander colleague, Scott Kyle. To pre-order your own copy, go here: https://bathgateregal.cloudvenue.co.uk/stephenwalterscharityalbum)

Fact number 5: Stephen is working on a secret project!

“I am currently filming a contemporary western TV series in Canada, but that’s all I am allowed to say at the moment. I am also developing some scripts that I have written and hope to direct.”

We’d like to thank Stephen for generously giving us his time to answer our questions. We’ve loved watching him in Outlander and look forward to whatever comes next!

Posted by Outlander Homepage at 9:31 AM