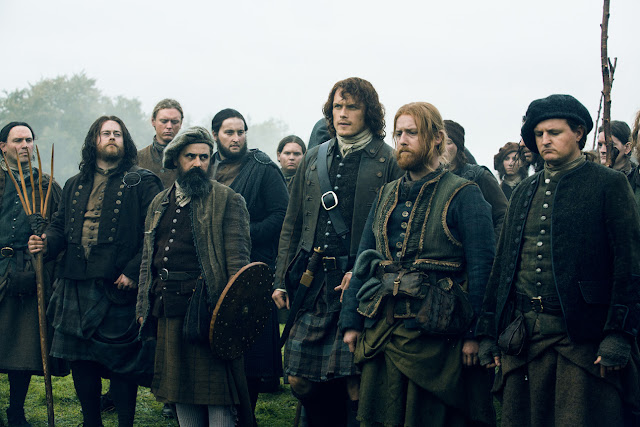 During season 2, viewers were treated to an all too brief glimpse of the character of Kincaid, one of the Lallybroch men who came with Jamie to join the Fraser clan. Kincaid had the dubious distinction of being the “first to fall” on screen, so his time on the show came to an end after episode 10. By contrast, the actor who portrayed him, Gregor Firth, has been amazingly busy, both pre and post Outlander and he very kindly took a few moments out from his hectic schedule to chat to us.

OHP: Tell us something about yourself - how did you get into acting? What other shows/roles have you been involved with pre Outlander? 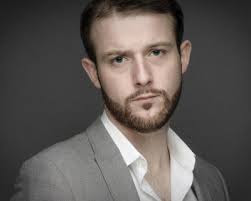 Gregor: I’ve always been keen on acting, even as a child. I used to love all things to do with performance. Growing up in a farming background, it was a little escape for me. I loved playing around and singing into my Karaoke machine - much to the dread of my family, because I liked to sing loudly!  When I was 5 or 6, an Edinburgh theatre group came to my local town to do a summer theatre course, which I attended for 3 years. I loved being surrounded by likeminded people and found I could truly be myself at last. From there, as I got older, things like school plays and out of school classes really helped build and solidify my acting foundation. I knew, even then, that I needed to be involved in the arts as a career.

From there, I studied drama at school, along with music and got good grades in both. Opportunity was never far away, as I did shows in high school with a local Edinburgh theatre company and performed as a child actor in the Edinburgh Festival Fringe many times. This in turn, opened a lot of doors for me and led to many great experiences, including going to Kansas for a summer to join a theatre troupe and do a show, which will always be a very fond memory.

I went on to study at Queen Margaret University and gained a Bachelor of Arts degree with Distinction. This really launched my adult career. Since graduating, the world’s been my oyster. I’ve toured a show in China for 3 months; toured the USA for 6 months; appeared in various tv shows like River City, Shetland, (and Outlander, obviously!), been in various TV commercials and have performed in several shows at the Royal Lyceum Theatre and Traverse Theatre here in Edinburgh, as well as with the Citizens Theatre in Glasgow.

OHP: Ross and Kincaid were Lallybroch’s answer to Rupert and Angus. How much time did you have to work with Scott Kyle before filming your scenes? Tell us a bit about your character - did you give him a back story?

Gregor: Scott and I didn’t know each other before filming, though I knew of him from "Kajaki" as I'd been up for a role in the same movie. We instantly became good mates. We both knew that we didn’t have the biggest parts in the show, certainly my character, so we worked closely together on our scenes to try and make them as good as we possibly could. It was great to work alongside Scott. As for character development, I found, with Kincaid, that he really was there in the moment, called up to fight for his country alongside his friend, so I wanted to bring that to the screen, rather than just saying "Oh, you know. . . wife, six kids, horse and cart . . . . what more does a man need!” 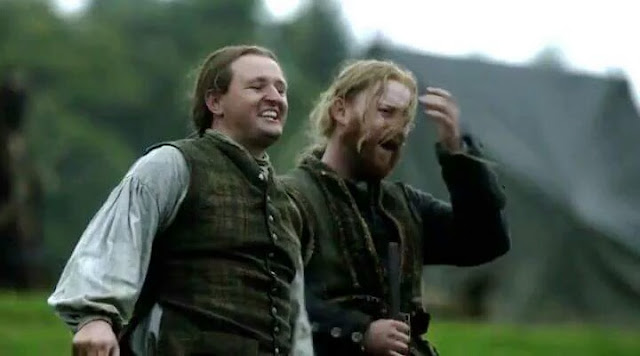 OHP: Can you tell us a little bit about preparing for the battle scenes? The overall impression for viewers was that we were watching a group of men gradually becoming well trained soldiers - did it feel like that? Did it take a long time to get all the movements etc right? Was there a feeling of camaraderie amongst the men, or was there just a lot of sitting around?!

Gregor: The fight training was the most intensive, naturally, as it must be correct. When you’re dealing with weapons, especially near people’s faces, every move must be precise otherwise someone could get hurt. As depicted, we progressed in training, but it was mainly shot over a few weeks, so it didn’t really feel like we were being formally trained as such. I was just desperate to get an axe in my hand and kill me some redcoats. . . . I guess I got my wish. . . just!

OHP: The scenes leading up to the Battle of Prestonpans looked COLD! How long did these sequences take to film? Can you talk about what it was like to film the battle sequences in the tent?

Gregor: Prestonpans was cold. . . . We were on long shoot days starting early and finishing late into the night, but there were always warm places to hide away when you weren’t on screen - and plenty of hot coffee and tea. Plus, with all the layers of costume, I really didn’t feel the cold. We shot in a massive marquee as the smoke, or mist effect builds a lot easier when you’re not competing with outside elements. It was fun to shoot - very very muddy and damp, but a great thing to film. . . Who doesn’t like running through mist with a shield and axe in hand shouting Gaelic expletives?

OHP: Before the battle, Ross and Kincaid share a beautiful conversation where they each make a will of sorts, leaving possessions and responsibilities to the other. Did filming scenes like that make you think about your own mortality?

Gregor: Not really. . . I was just glad we had the scene to solidify our bond, or brotherhood if you like, and cement our friendship. They were very close, Ross and Kincaid. . . but I do wonder if Ross will go see my wife and kids, or just pinch the coin I’d stashed!!!

OHP: How did it feel to be the first “casualty of war” at Prestonpans? Was Kincaid’s death scene challenging to film?

Gregor: I filmed an actual death scene where I wore a squib and my chest exploded as I ran forward in the battle, but it wasn’t used in the final cut. It was certainly a definitive death. One of those "Oh, you know he's not coming back from that" type of deaths!

OHP: What happens next in your career?

Gregor: Next on the cards for me, I'm filming a new psychological drama for the BBC in August called "The Replacement". I’m also hoping to work over Christmas in the theatre world. Plus, during the Edinburgh Festival Fringe, I'll be writing for a tabloid but as always, my ear is to the ground for more work! Did I mention I love my job?!!!

We’d like to thank Gregor for generously giving us his time to answer our questions. We loved watching him in Outlander and look forward to seeing him either on stage or screen soon. If you’re going to be at the Festival Fringe, keep an eye out for his written work too!

Posted by Outlander Homepage at 7:43 AM