By Laura Prudom of Variety 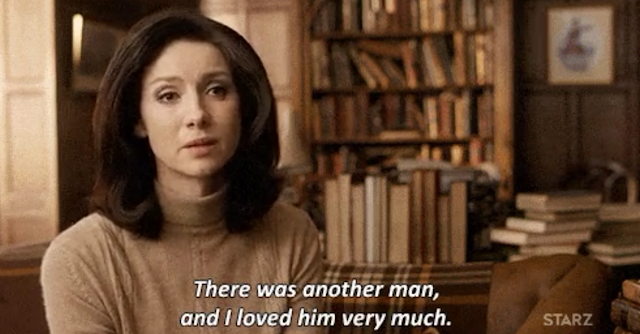 For the full article
http://variety.com/2016/tv/news/outlander-finale-recap-season-2-episode-13-dragonfly-in-amber-roger-brianna-1201811323/


Spoiler warning: Do not read on unless you’ve seen the “Outlander” Season 2 finale, Episode 13, titled “Dragonfly in Amber.” Refresh your memory of where we left off with our previous “Outlander” recap.


After a season spent barreling towards the Battle of Culloden, it felt like something of a relief to be spared the gory details of that fateful fight, with the Season 2 finale of “Outlander” spending most of its time focused on what really mattered — Claire and Jamie’s relationship, both in its vibrant immediacy on the morning of the battle, and through melancholy memories that played out across Claire’s face 20 years later as she revisited Scotland. Claire took a monumental journey in the extended episode, moving from grief and repression to a rekindled sense of hope as she realized that Jamie hadn’t died at Culloden, meaning there was still a chance for her to reunite with him, even two decades — and two centuries — after leaving him. (If you want a sense of what the future might hold, check out our Season 3 preview with Caitriona Balfe, Sam Heughan and Tobias Menzies.)

The episode skipped back and forth between the 18th century and Claire’s “present” in 1968, allowing us to meet Claire and Jamie’s daughter, Brianna (Sophie Skelton), and Reverend Wakefield’s dashing adopted son, Roger (Richard Rankin) — as well as catching up with Claire’s Season 1 friend Geillis Duncan — aka Gillian Edgars — before she traveled back through the standing stones and met Claire for the first time back in the 1700s.


The finale provided yet another showcase for Caitriona Balfe and Sam Heughan’s nuanced performances; Heughan exuded both strength and vulnerability as Jamie was forced to say farewell to his wife — and that was after the ordeal of killing his uncle, Dougal, when the war chief discovered them plotting to kill Bonny Prince Charlie in a last-ditch effort to avert Culloden.

“You just see how desperate they’ve become that they would even consider something as horrific as this, but as Claire says, it’s take the life of one to save the lives of thousands,” Balfe says of their scheme. “It’s a really heartbreaking moment for Jamie because no matter what Dougal has done, he’s his uncle, he raised him for a lot of his life and trained him, and there was a very complicated love there, but there was some kind of love there.”

Heughan agrees, telling Variety in our video recap above, “We decided that Claire should be involved in that and that isn’t in the books. I think it makes them both complicit in the murder of Dougal, it makes them both guilty. So they’re united in their desperation of trying to save everyone and everything, and in doing that they’ve had to kill Jamie’s uncle, which doesn’t sit well with him.”

At that point, Heughan admits, “it’s about trying to save Claire — she doesn’t quite know that until they get closer to the stones.”

The farewell at Craigh na Dun was one of the series’ most heartbreaking and evocative yet, made all the more desperate because the two know that Claire is pregnant again. Balfe admits that there was some debate about how Claire and Jamie’s final moment of intimacy should play out during filming.

“In the book it’s very different, because they stay overnight in a cottage and we were condensing the time and because we’d filmed things in Season 1 where there was no cottage, we couldn’t do that, so then there was a whole thing about ‘where do they have their last moments together? They have sex and where is that gonna be?'” Balfe recalls with a laugh. “There was a lot of talk about up against a tree and I was like ‘no, not gonna happen that way! That’s so not romantic, it can’t be up against a tree, that’s not right!’ I was so adamant about it, and they were like ‘well, it’s gonna be cold and wet, are you gonna wanna be on the ground?’ I was like ‘I don’t care, I’ll be on the ground, it can’t be against a tree.’ It just seemed so wrong and so not beautiful.”

Heughan agreed that Claire and Jamie’s final scene was monumental both for the characters and for them as actors. “We were both very aware that this is the last time they’re together, so there is a pressure, but you also don’t want to pressurize yourself as an actor, otherwise you begin to tense up – we just wanted to see what happened, and out of it came this wonderful almost choreography, this moment where it’s almost like a dance, where Jamie’s guiding Claire with her back towards the stones so she’s staring at him… it seemed to work because we couldn’t work out how to get to Claire to the stones, because she doesn’t want to go.”

Despite the need to save their baby, Balfe says, she felt that “Claire would fight towards the end and she wouldn’t want to leave, so how do we get Jamie to take her to the stones and yet how do we get Claire to go, because I just felt like she just wouldn’t want to. I know she has to go to save her child, but she just wouldn’t want to,” she admits. “Somehow we came up with this beautiful almost like a dance, where they’re locked together and they’ve got their heads together and they’re looking in each other’s eyes and he sort of dances her to the stone and she’s just crying and telling him that she loves him and it’s so beautiful. When we were filming it, I feel like everyone got so swept up in the moment. It’s so sad. These characters are so much a part of us at this point, it was just heartbreaking – how do you let go, how do you say goodbye to someone? It was just awful. I think some of the crew were all misty-eyed, it was great.”

In addition to those emotional scenes in the past, Balfe also deftly managed to portray a wholly new version of Claire in the future — one with 20 years and countless life experiences behind her — while still maintaining her character’s integrity, fire and resolve.

“I went ahead and I read all of the information from [book three in Diana Gabaldon’s ‘Outlander’ series] ‘Voyager,’ that showed Claire in Boston, because I wanted to really get a sense of what her life had been like in that interim 20 years,” Balfe says of tackling the later iteration of her character. “I really wanted to more concentrate on ‘what does 20 years of, in some ways, a compromised existence [do], how does that weigh on a person?’ Claire is a survivor, we know that about her – we know that she’s a fighter, but having lived in a marriage of convenience in many ways with Frank for 20 years, that has to have had an effect on her shine in a way, on her vitality. And yet, at the same point she’s become a surgeon, so I wanted her to have a bit of gravity. She carries herself very well and it was really interesting to play with all of that.”

Balfe says she looked to the work of some of her favorite actresses to inspire her performance, including Charlotte Rampling, Helen Mirren and Meryl Streep. “I watched films they did in their late twenties and then I went and watched some things that they’d done in their fifties and obviously people physically age, but how do you carry yourself?” Balfe says. “It’s always very slight, there’s a maturity, but it’s more in how they carry themselves.”

Despite the tension between Claire and her headstrong daughter – who is reluctant, to say the least, to believe that her real father was a Scottish warrior from the 18th century, Balfe notes that “a big part of Claire now is that she’s a mother, and that relationship with Brianna was very important. At this point when we meet them, they are somewhat strained, there’s distance between them, but myself and Sophie when we were talking about the relationship, [we felt that] it can’t be that this has how it’s always been. Even with Claire’s relationship with Frank, it couldn’t have been miserable for 20 years, otherwise she wouldn’t have stayed in it. So there have to have been moments where things were working, and I think always in the back of Claire’s mind, she’s never really loved him again in that way, but there have to have been good times and they co-parented and there’s joy in seeing your daughter grow up and all of these things, but it has been more compromised, so there was all of that was so interesting to play.”

In the final minutes of the episode, Claire forges a moment of connection and understanding with Brianna, before a revelation from Roger convinces her that Jamie survived Culloden and its immediate aftermath. Balfe recalls filming the dramatic denouement at Loch Rannoch when Claire makes up her mind to try and go back in time once more. “It’s this ridiculous moment where it was really sunrise and the sun really did rise above the stones. We shot an entire night, until 5 or 6 in the morning, and we got the sunrise and it looks like a studio, it looks like we faked it because it’s that beautiful. The sun rises and you see Claire looking at these stones and after we’ve put your heart through the grater and wrung you out, there’s this beautiful moment of hope and promise.”

Thankfully, we’re spared the brutality of Culloden and what happens to Jamie after Claire says goodbye to him at the standing stones, but Heughan promises that all will be revealed in Season 3.

As Jamie lets Claire go, Heughan says, “he knows he’s going to die, but at least she is going to be safe, and his unborn child, who will be Bree. We won’t actually see what happens to Jamie after she’s gone through the stones until the next season – for me that’s a really big question and something that will be really interesting to look at: who is Jamie without Claire, why is he still surviving or what has he got to live for when he’s lost the woman that he loves? She will eventually return, but they’re both older, so who is the man he’s become age-wise, physically? I think that’s the joy of the show, it’s never the same thing, it’s constantly moving, so next season should be quite an adventure.”

Posted by Outlander Homepage at 7:53 AM