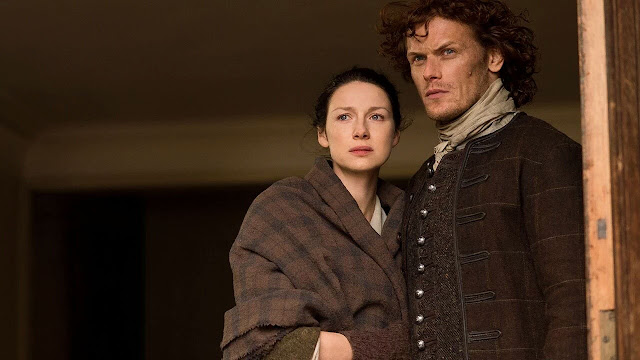 After 12 episodes of Jacobite rebellion twists, honeypot boudoir turns and time-traveling loops, it's already time for the season two finale of Outlander to grace our screens this Saturday, July 9 on Starz.

Dinna fash, fellow fans! We called up Outlander executive producer Maril Davisto get the exclusive details on all the challenges and character introductions headed our way in the 90-minute finale episode, "Dragonfly in Amber."

"You'll laugh, you'll cry, you'll feel the gambit of emotions," Davis shared to ET last week. "Across the board, it's such an amazing episode and I'm so excited for the fans to see it."


In order to fully prepare for this "supersized" finale, Davis advised that fans should have two things be their side before tuning in. "We always say have a box of tissues handy and a bottle of whisky," she said with a laugh.

We at ET have already seen the heartbreakingly wonderful finale three times (subtle brag totally intended!), and we can confirm that you'll definitely need a bottle handy. Actually, make that two so you can have one bottle for each timeline tale as the episode weaves back and forth from 1746 to 1968 throughout the episode.


"Once we started this season with Claire already having gone back [to her present time,] we knew we wanted to catch up with her and find out what happened to her," Davis said of the finale's highly anticipated time jump. "[Co-executive producer/writer] Matt [Roberts] and [executive producer/writer]Toni [Graphia] had this idea of doing this parallel structure where we'll see what's happening in the lead-up to the Battle of Culloden, as well as see Claire back in the 1960s and lead up to what she's doing now."

"It was a little tricky, structure-wise, because obviously both of those stories unfold at different rhythms," she continued, "With Culloden, there is a definite pace to it and you should always feel that tension, whereas the Claire and Brianna arrival story unfolds in a much more languid pace, but that's purposeful. There's supposed to be a difference in that way." 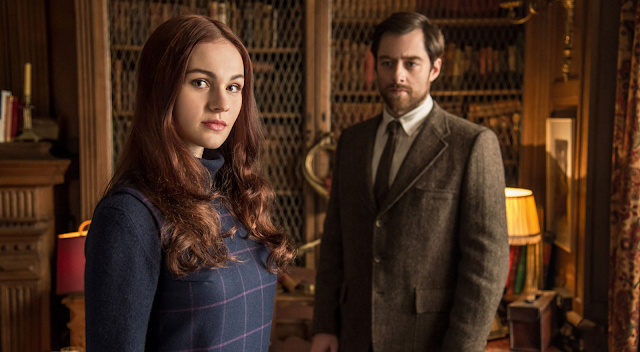 That's right, Outlander fans -- she said Brianna, which means the moment we've waiting three years for is finally here! Although we can't say much about the introduction of Claire and Jamie's grown daughter, we can tell you that the powers that be at Outlander could not have found a more perfect fit than Sophie Skelton to fill this role.

"It was so hard!" Davis stressed of their quest to find the right actress. "We thought Claire would be the hardest -- and she certainly was -- but in close second place was Bri."

The producer explained that the Outlander team was determined to find an actress who could "live up to the challenge" of being the daughter of TV's most beloved couple. "She's the offspring of two characters that you know and love so well, and we were looking to find an actress who has characteristics of both The King of Men and also our lead protagonist, Claire, who is ballsy and funny and smart," she said.

Davis teased that the relationship fans will see between Claire and Brianna onscreen is a complex and multifaceted dynamic.

"When Brianna starts out, she's a young woman who is somewhat at odds with her mother," Davis revealed. There's something that Bri feels that her mother has been keeping secret from her for 20 years, so there's always a little bit of a coldness or a distance in their relationship."

She continued, "We needed an actress who could bring some warmth to that character and we found that in Sophie. She's just lovely and in real life she's so charming and so gregarious and just brings so much to the part. It did take a while to find her, but we're very pleased."

WATCH: 'Outlander' Stars Play the Newlywed Game (and It's So Freakin' Cute!)


That's all we can share for now, but get ready, Outlander fans, because this is the one episode that you absolutely cannot miss

"It's such a roller coaster of emotions," Davis dished. "Once you buckle in, you're in for a ride and it's such a satisfying conclusion -- except for looking forward to the next droughtlander."

Outlander's season two finale airs Saturday, July 9 at 9 p.m. ET/PT on Starz, and check back to ETonline immediately after watching for exclusive scoop on the episode's most shocking twists!

Posted by Outlander Homepage at 9:21 AM