ET talks to Maril Davis about Season three! What we will see!

by Leanne Aguilera of ET 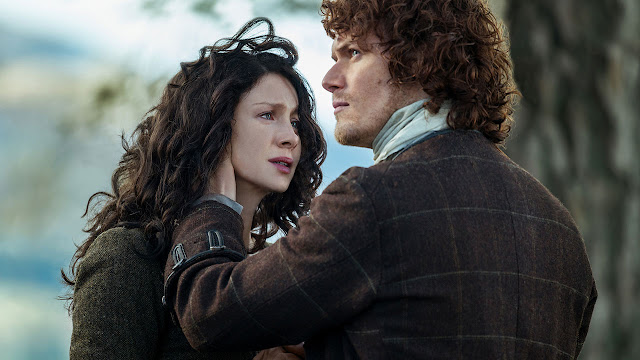 How ya doing, Sassenach?

It's only been two days since Outlander's heartbreakingly wonderful season two finale, but we know that our fellow lads and lassies are already deep in that Droughtlander depression. Luckily, we have good news!

To help quench your Fraser thirst and lift your time-traveling spirits, we called up executive producerMaril Davis to get the exclusive scoop on what's coming our way in season three.

Plus, now that we've spilled all the romantic behind-the-scenes secrets of Jamie (Sam Heughan) and Claire's (Caitriona Balfe) last goodbye, it's time to address the finale's other most shocking moments. (Ahem. Yes we're looking at you Gillian Edgars!)

EXCLUSIVE: Everything You Need to Know About Jamie and Claire's Last Goodbye and Lovemaking! 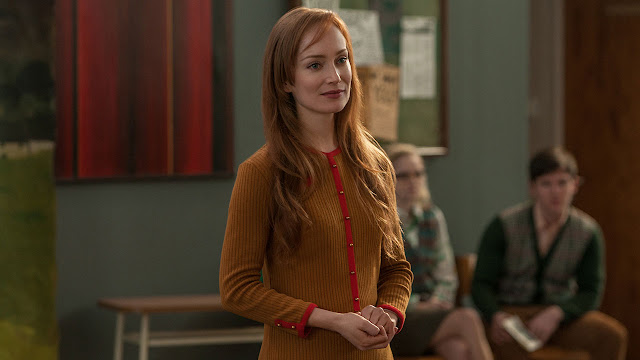 ET: Watching Bree and Geillis – aka Gillian Edgars – meet in the finale was such an unexpected surprise! Why did you decide to allow that to happen and was there ever any discussion in the writers' room about having Claire and Geillis come face-to-face?

Maril Davis: We talked about it. [Executive producer/writer] Toni [Graphia] and [co-executive producer/writer] Matt [Roberts] came up with this really fun idea to actually have Brianna meet Geillis and we thought that was so cool because you don’t get to see that in the books. It seemed like the next best thing to having Claire see Geillis, because if Claire and Geillis were to see each other, it would change everything and whether or not Geillis would go back. Our little ode to that part of it was whether or not Geillis heard anything before she went through. We were just trying to figure out some way to connect them without them seeing each other, which was hard. That took a lot of choreography for Geillis not to see them running up the hill. We thought about [having them meet,] but too many things just kind of dominoed with Claire and Geillis seeing each other and that would have effected how we played season one so it couldn’t happen. But our nod to that was having Geillis meet Brianna and Roger, which we thought was kind of fun.

We were surprised to see that Bree believed her mother's time-traveling tales in the finale. Was there ever any discussion to hold that revelation until season three?

MD: I think we felt that, in the end, she believed her mother, but she's still coming to terms with it. In season three, we're talking about Claire's decision of whether or not to go back and there are still challenges there, so the door I think is still open for that. We purposefully at the end wanted Bree to believe her, but we still don’t know whether or not Claire will want to go back and want to leave her child. Like in the books, we felt we had to have Brianna see some sort of visual evidence that her mom was right, because it is a crazy fantastical story. If my mom told me that story I'm not sure I'd believe her either.

Looking ahead to season three, how long will fans have to wait before we get that highly-anticipated Claire and Jamie reunion?

MD: You know what, we're still kind of figuring that out. We're mapping it out, but I feel like we will stay fairly consistent to the books. 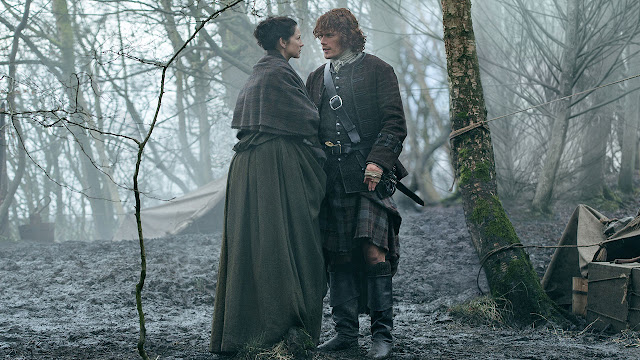 You're going to make us work for it, aren't you?

MD: [Laughs] Yes, because you should feel that. I would hate to see them together immediately. Like I said , we’re still kind of figuring that out, but you should feel that 20 years has passed and it shouldn’t be easy. That's a huge separation for them and they think they'll never see each other again.

It was so intriguing to see Caitriona aged-up to look 20 years older. What was the thought process behind Claire's new look and how are you approaching Jamie's evolution?

MD: With Caitriona, we had a lot of discussions with how we wanted her to look and what we we're going to do. We all felt that we didn’t want to do too much with her outward appearance because, quite honestly, 20 years is a long time, but 40 is by no means old. She wouldn’t have aged so dramatically, and I think Caitriona really pulled it off. There's a gravitas to her performance in the finale and she pulls off that age jump in a tremendous way. Her performance is a tour de force. In terms of Jamie, we're still talking about that, because you want to do a similar thing with him. He's actually younger than Claire, so we're still discussing that. I can't tell you exactly where we've landed on, but I can't imagine it won't be hugely different than what we've done with Catriona in terms that a lot of it will be through the acting.

What kind of production challenges are you anticipating now that you're adapting Voyager from script to screen?

MD: Actually, we're really excited about Voyager. It's going to be a bit easier -- but when I say "easy" I put that in quotes. Outlander, for us, was a fairly easy job of kind of adapting it because I think we all were very comfortable with the story. I think Dragonfly [in Amber] was very difficult for us and tough for the writers because a lot of stuff happens off-screen and Claire is talking about it, but you don’t see it happening. This second book was definitely a challenge for us, and Voyager for us is kind of like a homecoming. The stories lay out so much easier -- we see what they are, we see what the conflicts are and the dramatic moments. So far, I'm really enjoying what we're doing, but the back half will be more challenging. They go to Jamaica, there's stuff that happens on ships, and the production challenges of that will also test our abilities, but I would say so far I'm really excited about what we're doing and coming up with. 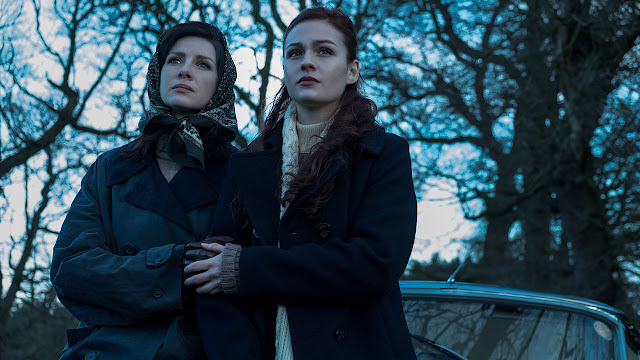 MD: I think we will kind of stick to 13 as we move forward. What people don't realize is, in the first season, those 16 episodes came from me and Ron on our own without a writers' room just kind of trying to figure out how many episodes there would be. Once we hired the writers, we did realize that was the appropriate amount of episodes for that season. We didn’t feel that the second season needed as many episodes. Although, I know that fans feel like, "Why can't we have more episodes to see more intimate moments and those quote moments?" Sometimes it just doesn't quite work that way in TV and you have to put together an episode that feels like is a great hour of TV. Also, production-wise, it's very difficult to pull off 16 episodes and it's hard on the actors. It took us more than a year of shooting the first time around and 13 episodes takes us 10 months of shooting -- and that's not taking into account the prep time or the time for the writers -- so you end up being on a very long cycle. We feel like 13 is an appropriate amount and if we tried to do more, it would put a strain on production and it would be even longer between seasons.

There's been talk that season three is going to premiere earlier than usual next year. Is there a specific month you're aiming for?

MD: I don’t think we've talked about it yet and it's less of a matter of when we want it to premiere, and more of when it's going to be ready. But we'll go into production later this year and we'll just start churning those episodes out.

What do you want to say to the Outlander fans now that we're officially back in the Droughtlander?

MD: I want them to know that hopefully the Droughtlander won't be so long, but that we've kept them wanting more. In season three, they'll be seeing these characters they know and love and going on a journey with them. I hope they stay with us through the Droughtlander. In the meantime, they can go back and rewatch seasons one and two again!

Posted by Outlander Homepage at 9:41 AM