Scottish Clans: The Story Behind the Stewart Clan

Every weekend, Carl MacDougall, will tell the story of one of Scotland's famous Clans. This weekend, we take a look at the Stewarts. 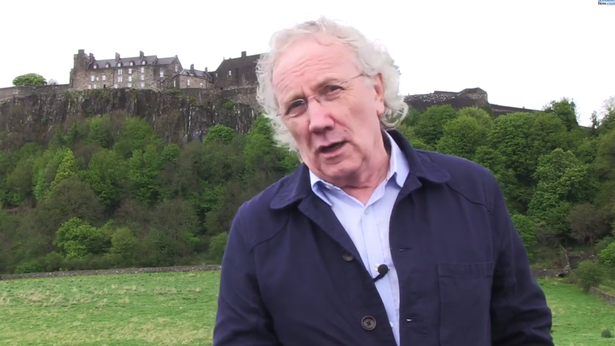 Carl explains the story of the Stewart Clan

The first traceable Stewart ancestor took part in the Norman Invasion of Britain.

One of his descendants became hereditary High Steward of Scotland and took the name of his office as his surname.

In office, the Stewarts were efficient, popular, and prosperous. They held the appointment for about 200 years till the 7th High Steward became king. Their troubles started when they mounted the throne.

The Stewarts were on of Europe’s great royal dynasties. They were builders and noted patrons of the arts and sciences. Churches, abbeys and castles were built during their reign.

But their artistic endeavours ran alongside murder, feud, intrigue and rebellion, innumerable burnings of castles, towns and at least one cathedral.

Elgin Cathedral was known as The Lantern of the North. It was the second biggest cathedral in Scotland and a national centre of learning and culture, most of which was destroyed when the library was burned by Alexander Stewart, a belligerent paranoiac formally known Earl of Buchan, better known as the Wolf of Badenoch.

If the Wolf was a villain, his elder brother Robert, Duke of Albany, was even worse. For years Albany was the power behind the throne, but he set his sights on securing the crown and establishing an Albany Stewart dynasty. The king’s sons David and James were first and second in line to the throne. Albany had his nephew David arrested and starved to death in prison.

King Robert III was horrified and sent his second son to France. But the prince was captured by pirates and sold as a hostage to the King of England. King Robert III died in April, 1406 wishing to be buried on a dung heap, having composed his epitaph: Here lies the worst of kings and the most wretched of men.

When his son returned as King James 1, he avenged the murder of his brother and had his Albany Stewart cousins executed.

The reign of the early Stewart kings coincided with the rise of MacDonalds as the Lords of the Isles. When the Lordship was destroyed by in-fighting and a power struggle, the Stewart ruthlessness became evident. James IV stripped their enemy of the very title, Lord of the Isles.

Not that the Stewarts were strangers to patronage. The first Scottish marquis was a Stewart, as were Scotland’s first four dukes. And at one time they held 16 earldoms from Galloway to Orkney.

Their line ended with the death of Queen Anne, though her father, King James II of England and Vii of Scotland, continued to claim both thrones to which he had been crowned. His supporters were known as Jacobites and their cause ended when his grandson, Charles Edward Stuart, better known as Bonnie Prince Charlie’s forces were defeated on Culloden Moor in 1745.

The spelling was anglicised following the Union of the Crowns in 1603 and today their red tartan is the most popular of any, a fashion statement wore across the world by those who know little or nothing of it’s past.
Posted by Outlander Homepage at 8:29 AM