Woman of science
By OutlanderHomepage Originals ...

Echo in the Bone, Chapter 2 Roger to Brianna
"No, It was you and your mother. Scientific, women," Roger Said, shaking his head. "The eighteenth century is lucky to have survived you." 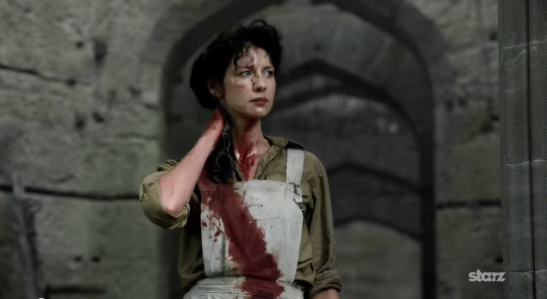 Women have made huge contributions to science from the earliest of times. There have been women in medicine recorded in several early civilizations. An ancient Egyptian, Merit-Ptah (c.2700BC), discribed in an inscription as "Chief Physician", is the earliest known female scientist named in the history of science. Several women are recorded as contributing to the proto-science of alchemy in Alexandria around the 1st or 2nd centuries AD, female contributions to science were actually valued at this time.

The best known, Mary the Jewess, is credited with inventing several chemical instruments, including the double boiler and a type of still.

After the year 1000 there was a prosperity and rapidly increasing population, which brought about many changes and sparked scientific production. During this time, convents were an important place of education for women, and some provided opportunities for women to contribute to scholarly research.
An example, is the German Hildegard of Bingen, whose writings included treatments of various scientific subjects, including medicine, botany and natural history.
The 11th century saw the emergence of the first universities, for the most part women were excluded. However, in Italy, the University of Bologna allowed women to attend lectures from its inception in 1088. Dorotea Bucca was an Italian physician and held a chair of philosophy and medicine at the University of Bologna for over forty years, from 1390. Despite the success of some women, the cultural biases still existed, for example St. Thomas Aquinas, a Christian scholar, wrote, referring to women, "She is mentally incapable of holding a position of authority."
The 16th and 17th centuries brought the "Scientific Revolution" in which several great women of science were recognized, but did little to change people's ideas about the nature of women. According to Jackson Spielvogel, " Male scientists used the new science to spread the view that women were by nature inferior and subordinate to men and suited to play a domestic role as nurturing mothers" .

The 18th century was characterized by three different views towards woman: that a women was mentally and socially inferior to men, that they were equal but different, and that women were potentially equal in both mental ability and contribution to society. While others such as Jean-Jacques Rousseau believed women's roles were confined to motherhood and service to their male partners, the Enlightenment was a period in which women experienced larger roles in the sciences.
The rise of the "Salon" culture in Europe brought philosophers and their conversation to intimate settings where men and women met to discuss the political, social and scientific topics of the time. Jean-Jacques Rousseau attached female-dominated salons as producing 'effeminate men' that stifled serious discourse, salons were characterized in the 18th century by the mixing of the sexes. It is at this time that women began to have a significant impact during the time of "Enlightenment".

Although gender roles were largely defined in the 18th century, women experienced great advances in science. Whether it was Emilie du Chatelet in translating Newton's "Principia" or Caroline Herschel discovering eight comets, women made great strides toward gender equality in the sciences.
To this day women are still trying to be heard and their theories accepted by the powers that be (mostly made up by men, but more women than ever before).

It's no wonder Roger made the statement that he did. Women of science, like Claire and Brianna, were very rare indeed in the 18th century. Yet another subject that has drawn me to the Diana Gabaldon's "Outlander" series.

The way the author brings you face to face with the prejudice and difficulty of being a women in the 1700's and gives us a perspective on how far we have come and how far we have yet to go. 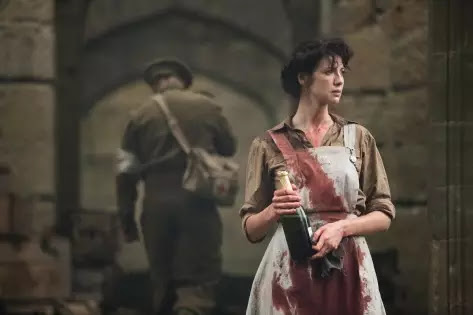 Written in my own hearts blood. Chapter 61
Claire dealing with a typical " medical Doctor" of the 1800's.
The general is a physician, I perceive,” he said. “No,” I said, beginning to see that I should have uphill work with Captain Leckie, who appeared young and not overbright. “My husband is a soldier. I am a physician.” He stared at me as though I’d told him I was a prostitute. Then he made the mistake of assuming that I was joking and laughed heartily. At this point, one of my patients, a young mother whose one-year -old son had an ear infection, poked her neatly capped head hesitantly into the tent. Her little boy was in her arms, howling and red-faced. “Oh, dear,” I said. “I’m so sorry to keep you waiting, Mrs. Wilkins. Do bring him in; I’ll get the bark for him directly.” Captain Leckie frowned at Mrs. Wilkins and beckoned her closer . She looked nervously at me, but allowed him to lean down and look at little Peter. “He has a difficult tooth,” Leckie said, rather accusingly, after running a large, unwashed thumb through Peter’s drooling mouth. “He ought to have the gum slit, to let the tooth come through.” He began to fumble in his pocket, where he doubtless had a highly insanitary scalpel or lancet. “He is teething,” I agreed, shaking out a quantity of crumbled willow bark into my mortar. “But he also has an ear infection, and the tooth will come through of its own accord within the next twenty-four hours.” He rounded on me, indignant and astonished. “Are you contradicting me?”“Well, yes ,” I said, rather mildly. “You’re wrong. You want to have a good look in his left ear. It’s—”  “I, madam, am a diplomate of the Medical College of Philadelphia!”“I congratulate you,” I said, beginning to be provoked. “You’re still wrong.” Having thus rendered him momentarily speechless, I finished grinding the bark into powder and poured it into a square of gauze , which I folded into a neat packet and handed to Mrs. Wilkins, with instructions as to the brewing of the infusion and how to administer it, as well as how to apply an onion poultice. She took the packet as though it might explode and, with a hasty glance at Captain Leckie , fled, little Peter’s howls receding like a siren in the distance. I drew a deep breath. “Now,” I said, as pleasantly as possible. “If you’re in need of simples, Dr. Leckie, I have a good supply. I can—” He had drawn himself up like a crane eyeing a frog, beady-eyed and hostile. “Your servant, ma’am,” he said curtly, and stalked past me.

Posted by Outlander Homepage at 4:02 PM