There once was a time when I would never be bold enough to offer an opinion on a fan site, or put any merit into the opinions of a fan site, (or media critics for that matter) but since Outlander on Starz has come along, I've become a raging fanatic over the show and novels it is based on.
I've even started writing for outlanderhomepage.com, and hosting twitter discussions on @OutlanderHome twice a week. I'm delighted to say I am unashamedly obsessed with all things Outlander. 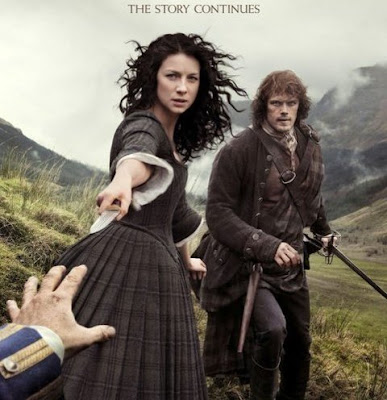 If you are a fan of the books the show is based on, you should have an understanding of what Diana Gabaldon has written, so you know the tale of Jamie Fraser and Claire Randall is not a historical romance, nor a traditional love story. Considering the mix of components involved in the telling of her stories, none of the eight books written thus far can be pigeonholed into one particular genre. Time travel, accurate accounting of historical events, drama, comedy, sex, violence.

A beautiful blending of factual data melded into epic fiction that evokes the readers every emotion. That is MY description of Mrs. Gabaldon's amazing work.

That is why, after reading all eight books, twice, and listening to them on audio often, understanding that the characters of her creation are as complex and multi-layered as their ever evolving lives and the events that affect them, I was overjoyed and more than a little wary when I learned that Outlander was being adapted for television. 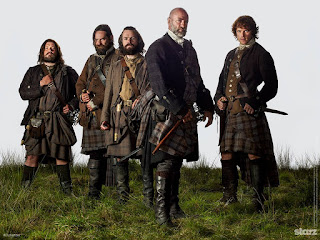 Taking into account his past accomplishments, I can't say I was surprised that Ron D Moore, his team of writers and directors did Diana's tale of 18th century Scotland the justice it deserves in every possible aspect, especially the perfect casting of the actors, who embody these characters of incredible depth.
From the scripting, the music, the costumes and the set design, to showcasing the natural beauty of the true main character, Scotland itself, along with the flawless acting: Outlander the televison series followed it's namesake novel as honestly as possible without bogging down the story line, insuring the plot flow from start to finish. 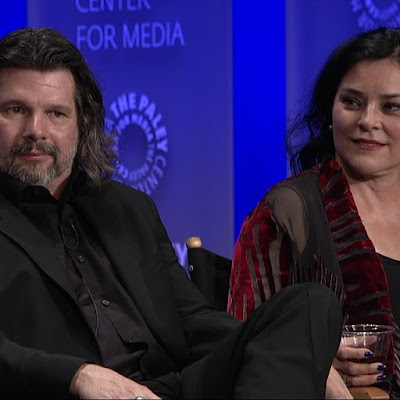 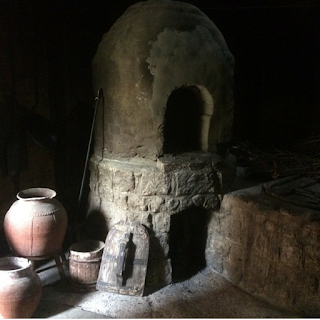 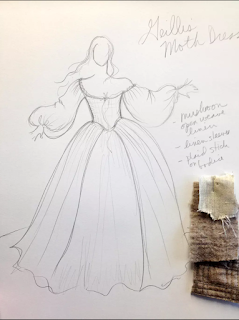 The finish being what prompted me to write this, as the final episode has been named one of the top 25 best on TV in 2015, with very good reason.


If you've ever been in an abusive relationship, you will have an accurate knowledge of what happened between Black Jack Randall and Jamie Fraser, as do I.
I've briefly suffered through a few arguments that it was affection Jack Randall felt for Jamie. Anyone who even remotely associates what went down in Wentworth Prison as love, or homosexual infatuation on BJR's part, please stop reading this and get your ass to the nearest psychiatric hospital, because you need some serious help.
What was between Jamie and Black Jack? Was there passion? Yes, BJR's passion to break, destroy and demoralize the epitome of the man he wished to but could never be.
To Ransom a Man's Soul is the first TV episode to shed light on male on male sexual violence, accurately portraying rape as the weapon of control it is, using one's power over another to dominate not just physically, but mentally as well. The scenes in that prison cell are very disturbing, extremely uncomfortable viewing, gut wrenching. Yet it is a privilege to watch something so horrendous and ugly, so beautifully portrayed by two of the bravest actors in show business. 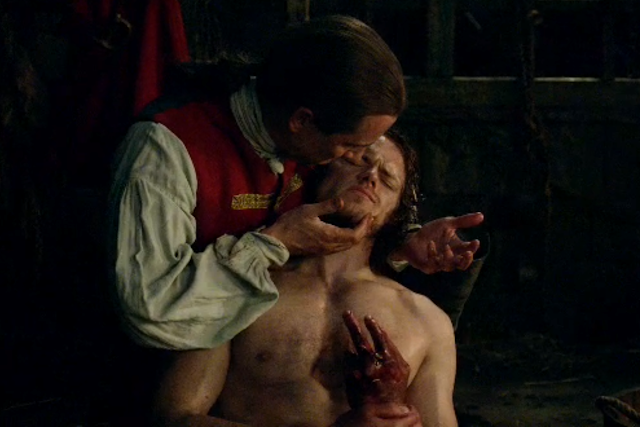 As a book reader I'm all too aware that Jamie suffered way more in the novel than what was shown on TV and I'm also smart enough to realize that the novel's timeline of weeks of recovery in the monastery is not a luxury afforded to a one hour representation of such intricately and intimately detailed events.

While it might sound like a great idea to film from the novel verbatim, it is the simple changes that help move the episodes along, creating the cohesive flow from point A to point B as the story progresses.
Several complaints were made over the exclusion of the love scene in the underground hot springs, but once again the short timeline comes into play.

Had Jamie gone from a self loathing shame and humiliation so intense he'd lost all will to live, to uninhibited sex with his beloved Claire he believes he has betrayed, in that timeline, it would have negated the effects of his torment inflicted by BJR, and in a way cheapened the ground breaking work presented in likely one of the most important, memorable episodes in TV history.
I have no doubt the upcoming awards season will validate my opinion. 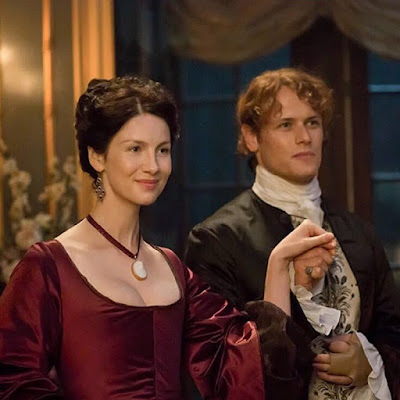 Now that we have seen the trailer, we are highly anticipating season two of Outlander, based on Dragonfly in Amber, which is in my opinion, the most poignant and heartbreaking of Diana's eight novels.
Season one proved to those of us that are dedicated to the books and now the show as well, that we can trust Ron D Moore with our beloved saga and all the fans of Outlander have accepted and adore Sam Heughan and Caitriona Balfe as our well loved Jamie and Claire.

Ron Moore is the only person who could undertake a project of this magnitude and we are all anxious to see the unprecedented level of quality and intrigue he and the cast & crew is sure to provide in season two.

After all, Diana Gabaldon Herself ventured into the screen writers room for the new season, which should be supremely phenomenal, considering her intimate knowledge of the original material. (Sorry if I just ratcheted up your Droughtlander anxiety!) The downside is that we have to wait until April (fingers crossed) to witness the next phase of Jamie and Claire's life together as they struggle to change history.

Hopefully, your Christmas will be filled with everything "Outlander" to help occupy the time until then.
I'm hoping Santa will bring me an Outlander coloring book and lots of nice single malt whisky to help me make it until that time.
Lord help me if he doesn't....

Posted by Outlander Homepage at 9:24 AM