Scottish designers highlighted by magazine due to Outlander!

HOW OUTLANDER IS REVITALIZING SCOTTISH FASHION 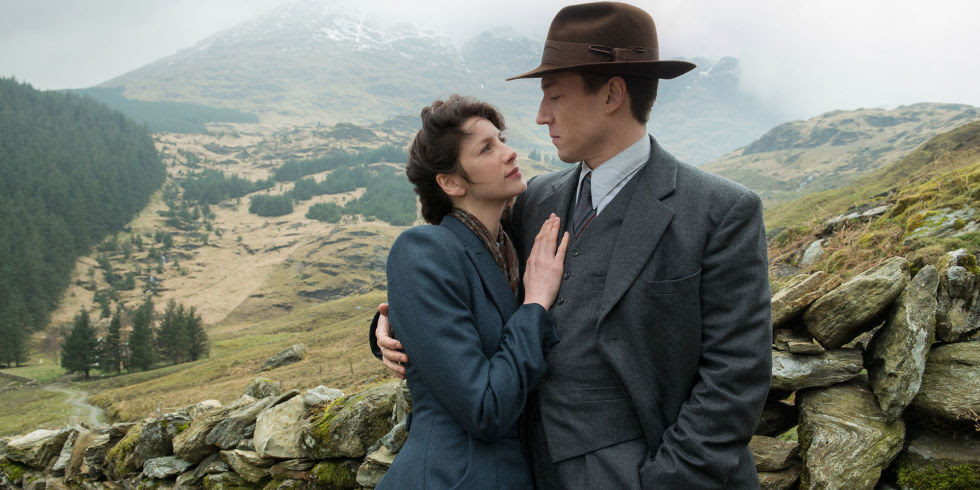 By Karen Gardiner
Long dismissed as old-fashioned and twee, Scotland's heritage fabrics are seeing a stylish resurgence thanks, in part, to a new guard of innovative young designers who are revitalizing and updating stale tweeds, cliché tartans and lackluster lace for a modern audience.

Audience is the key word here. The hit television series, Outlander—and its talented costume designer, Terry Dresbach, who sources local materials for authenticity—has played a large role in this new Scottish style-spotlight. Dresbach credits Scotland's "extraordinary" craftsmanship and the country's "real integration of nature into the work that's done here" for the long-awaited fashion reinvigoration. Here, HarpersBAZAAR.com looks at three female designers, who, with the help of groups such as Scotland Re: Designed and Scot Street Style, are putting a modern spin on traditional, and er, outlandish designs. 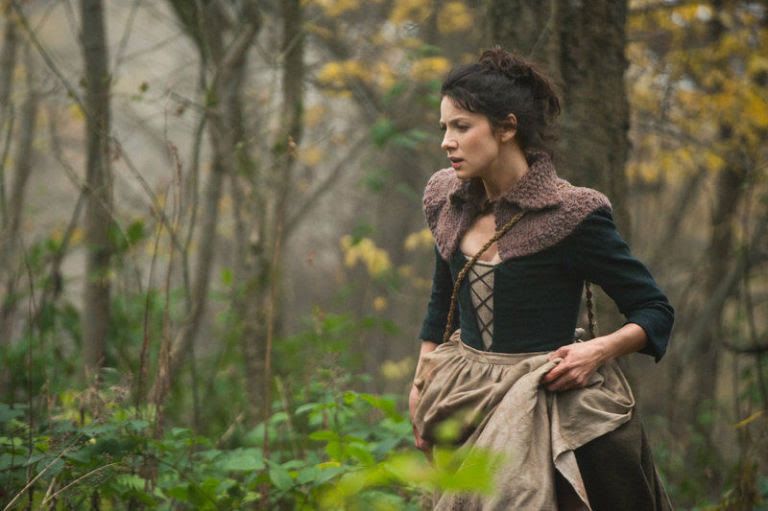 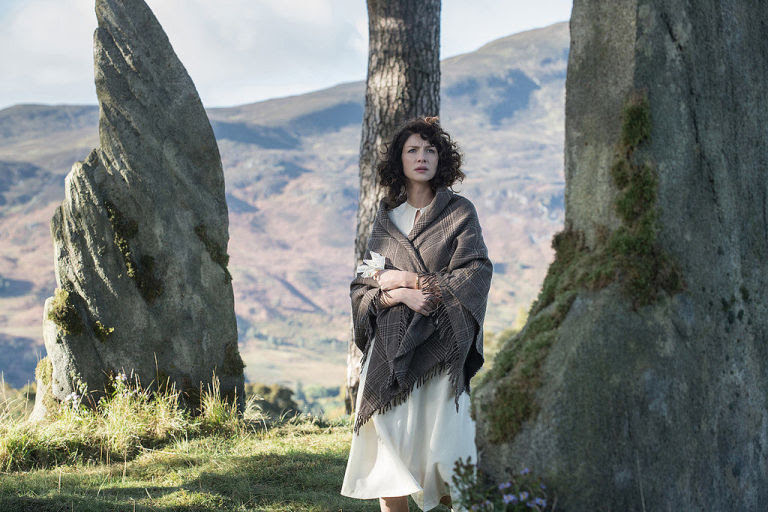 Judy R. Clark was in the middle of a café shift in her Highland hometown of Fort William when she received a call from Alexander McQueen inviting her to London for an interview. After her six-month internship with the late designer, Clark returned to Scotland, where she was nominated for Young Designer of the Year, providing the momentum to launch her own brand in 2009. Elements of McQueen's influence, specifically that of his Highland Rape collection, are immediate in some of her work, most notably her dramatic Tartan Pheasant Feather Frockcoat.

Clark's love for Scottish textiles began when her grandmother gave her a bag full of Harris Tweed, a fabric often seen as stuffy, which now retains a strong presence in her feminine collections. "I think I've got quite a good eye for mixing up the textiles with different colors and fabrics and I think that has [created] a new market for me and for other people to see that it could be feminine and very wearable." 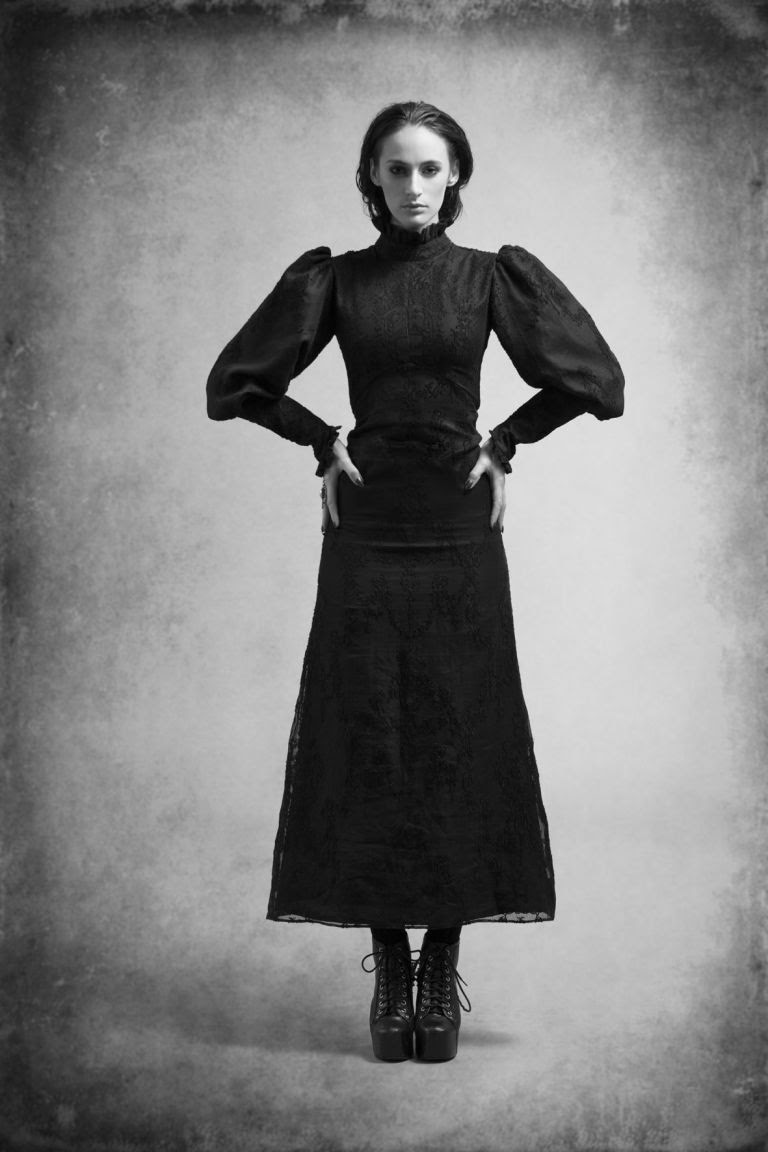 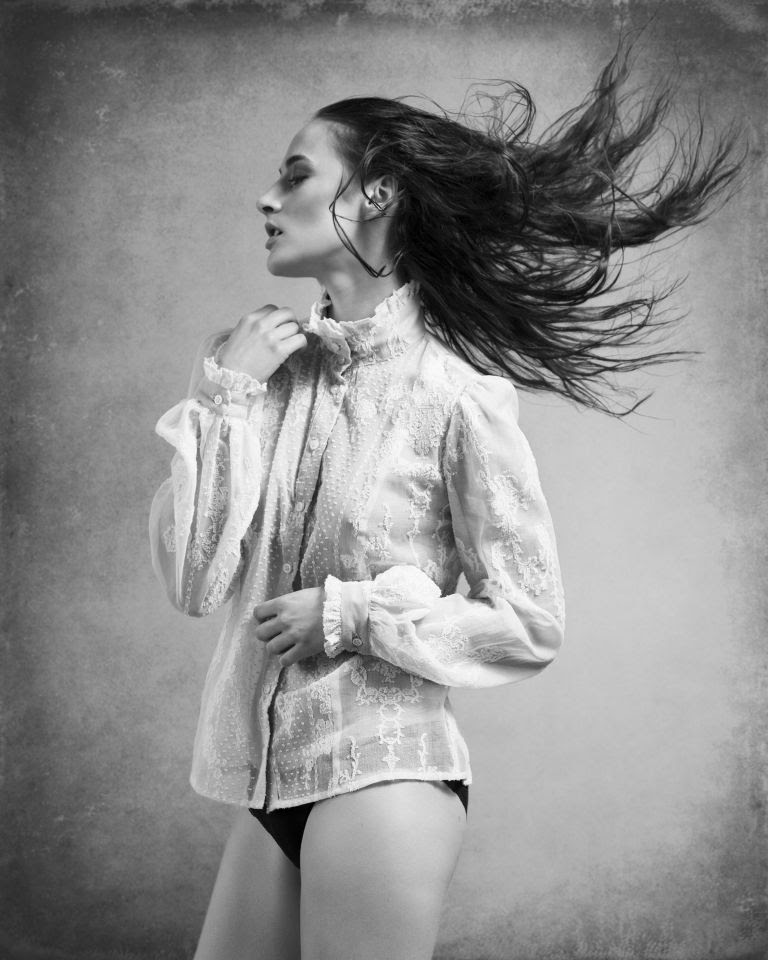 In Scotland, Clark says, people are starting to realize that the great fabrics are already on their doorstep. As well as Harris Tweed, Clark uses tartan sourced from the Scottish Borders and lace from MYB in Ayreshire, the last remaining lace mill in Scotland which produces Madras lace on 19th century looms. Romantic lace touches are a hallmark of Clark's—enabling other Scottish designers to realize they don't have to travel far to source fabric. "It's quite nice that people are starting to hone in on Scottish textiles and are starting to use them more."

Like Rae's work, Clark's designs seem to take inspiration from the environment. Her Lace Noir collection particularly echoes the Renaissance architecture and Gothic spires of Edinburgh, where she is now based. Though lace, bustles, petticoats and high collars abound in Clark's theatrical bespoke tailoring, her ready-to-wear Regency Collection, with its frock coats and waistcoats, has a notably masculine edge. "All the bespoke pieces were so flamboyant and over-the-top that I tried to give women a ready-to-wear collection that they'd feel great in, in a business sense [so they would] feel feminine but quite powerful as well," she says. "I was trying to create a line women could go to work in and really feel like the boss."

Glasgow's storied Kelvingrove Museum recently bought a tartan frock coat, tartan skirt and a high-collared cream shirt from Clark's Regency Collection. And although the museum's curator tells us there are no current plans to put the outfit on display, it is possible that one day it may take pride of place next to the collection's famous tartan coat, worn by a rider in the army of Bonnie Prince Charlie, who features in season two of Outlander. 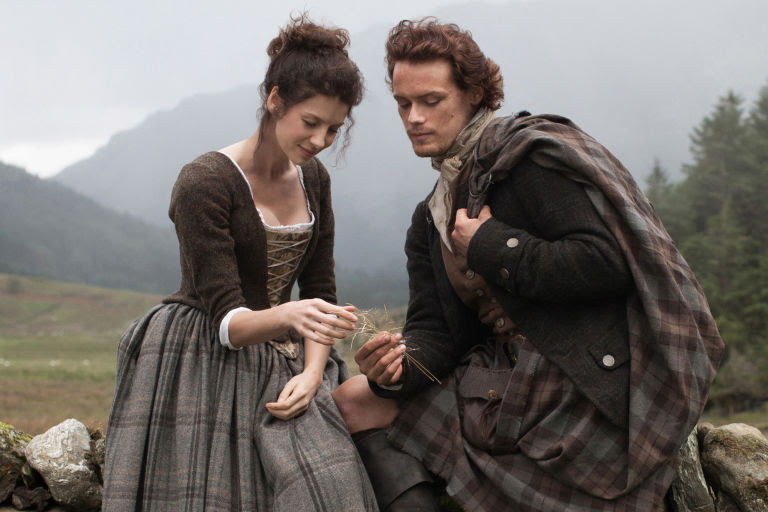 Kilt designer Siobhan MacKenzie, who heils from the Black Isle in Scotland's Highlands, claims a stronger link to Outlander than most. (Castle Leod, her clan's seat in the town of Strathpeffer, is assumed to have been the inspiration for Outlander's Castle Leoch.) Named the Best New Scottish Designer of 2016, MacKenzie looks to her Highland roots for inspiration for a modern take on the kilt. "I started experimenting with my heritage to give a 21st century spin on it," she explains "The kilt dates back to the 16th century but the contemporary kilt is untapped. Just presenting it in a way it has never been seen before is really getting people's attention; reinvigorating it and bringing it into a new era." 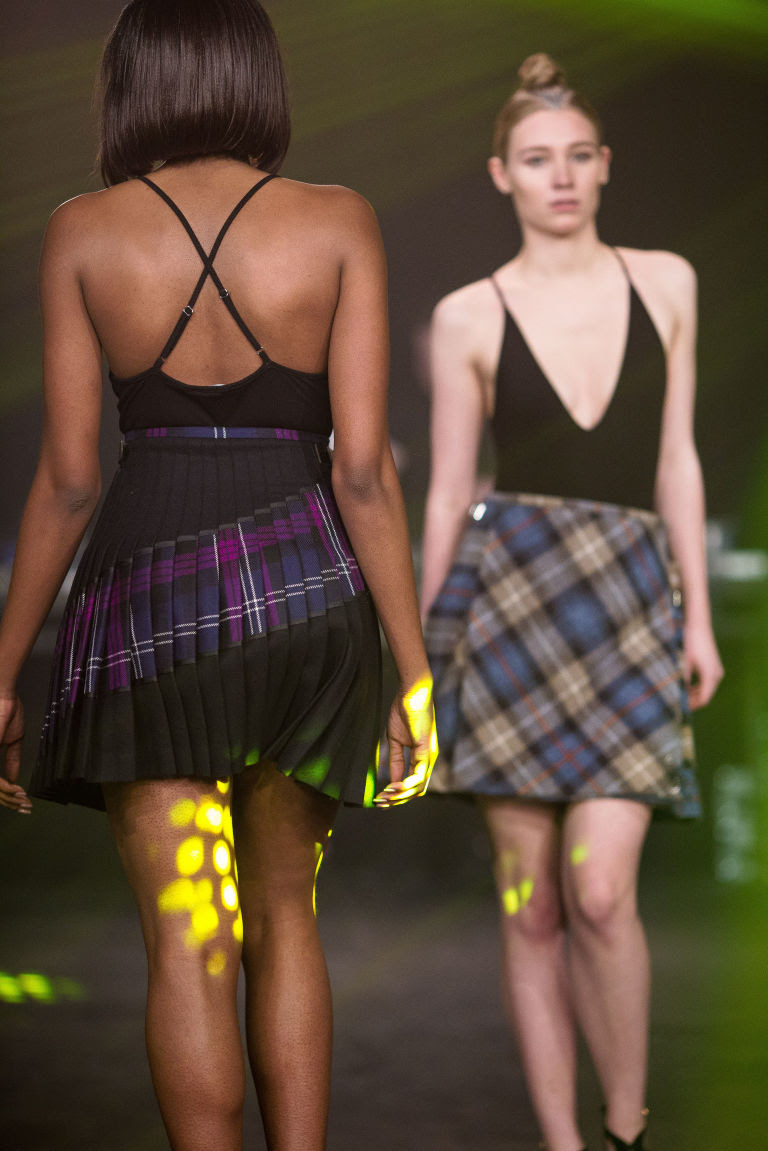 After training in traditional kilt making with Scotland's master kilt maker, Glenisla Kilts, Glasgow-based MacKenzie began developing techniques to redesign the traditional kilt and modernize it. Where a customary kilt is all one fabric, MacKenzie breaks with tradition by contrasting her pleats, moving between tartan and tweed, for example.

Currently focused on launching her women's ready-to-wear line, sourcing all of her fabrics and manufacturing within Scotland, provenance is on her mind. Prior to launching, MacKenzie noticed that a lot of what was on offer for women was mass-produced kilts that are not made in Scotland—the kind commonly seen in Scotland's many souvenir stores. "Cheaper kilts that are not made using Scottish fabrics or Scottish manufacturers, or even UK manufacturers for that matter, can be quite damaging to [the image of] our real kilts," she says.

Supporting Scottish craftsmanship is a cornerstone of the work of Vixy Rae, who has recently taken the reins at Stewart Christie & Co., Scotland's oldest bespoke tailor founded in 1804. Rae began her career in street wear, running stores in Edinburgh and Glasgow before taking on the design and tailoring for emerging label, Walker Slater, which, at the time, was catapulting tweed into mainstream fashion. "Although my creative urges were fulfilled, I never felt wholly comfortable with the fact that the production and tweed was increasingly taken away from the UK," she says. "The trend was for growing companies to look abroad to cut costs without looking at the long term effects on local manufacturing and craftsmanship."

It was with this renewed focus on heritage that Rae and her business partner, Daniel Fearn, heard Stewart Christie & Co. was coming up for sale. "Thankfully for us, more and more discerning customers and tourists do seek something that is actually created here—is authentic and rich in heritage." 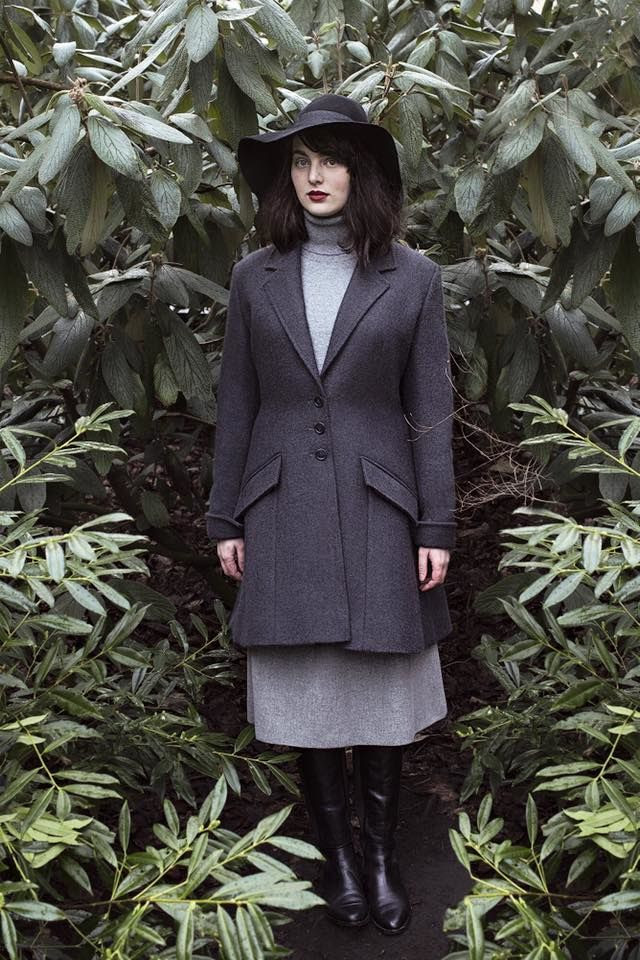 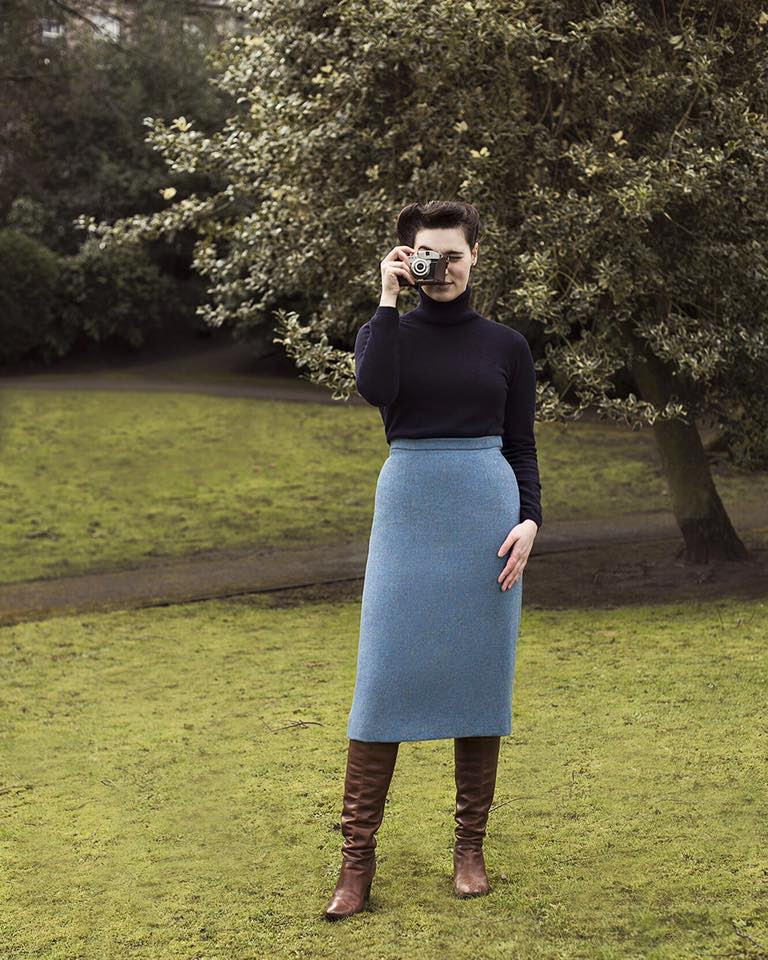 Rae and Fearn are gradually refitting the shop in Edinburgh's New Town and will soon launch the label's first ever womenswear collection. A dedicated women's floor will be completed in August 2016. "It has been a very masculine-feeling shop, but that will soon be changing!" says Rae. "After 300 years, I think it is about time ladies had somewhere they could come and explore possibilities rather than being sold something disposable. For too long men have had exclusivity over quality fabrics and fine tailoring techniques." For inspiration, Rae says she has been looking back at women's tailoring from the '50s, "exploring form to give tailoring elegant and sexual lines, giving definition to the waist and hips for a more feminine shape while retaining a certain amount of structure."

Recalling a recent work trip to Harris where a client chose her tweed to match the landscape of Luskentyre beach, with its white sand and turquoise waters, Rae explains that the changing seasons and landscapes of Scotland "will supply endless inspiration for color, pattern and texture." As for the perception of Scottish textiles, Rae says: "My friends are now reaching an age where they are no longer rebelling against it, but taking it and putting their own slant on it. I have always loved color and tones, and now have found a renewed passion for tartan. It is part of our heritage but it doesn't have to be brash. I feel proud to be able to use the cloth in future collections....

Some of this content is paid for by the advertiser
whose ad you clicked on.

Posted by Outlander Homepage at 7:06 AM