After three weeks of intense voting and a seriously tough competition, a winner has been crowned in our 2015 Girl on Top competition. This final round was an especially close one, with less than 2% occasionally separating finalists Caitriona Balfe and Emily Bett Rickardsthroughout the week of voting. 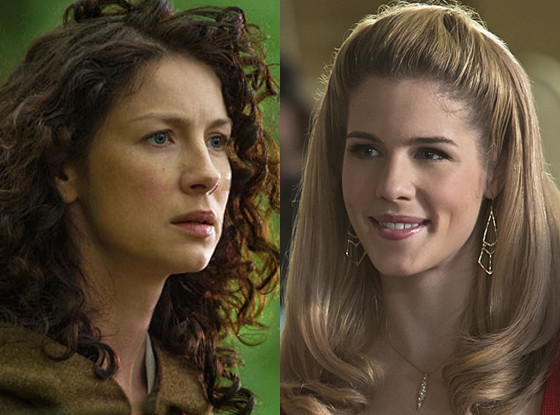 In the end, only one woman could prevail as the most beloved gal on TV, and that woman is...

Caitriona beat out 63 other TV ladies over the course of the tournament, all thanks to a fanbase that just won't quit. Seriously. Outlander fans were voting (and tweeting) like crazy at all hours of the day and night, with their determination very nearly matched by fans of Arrow's Emily Bett Rickards.


Either lady would have been quite suited for the crown, and it's pretty clear that Caitriona will fulfill her duties as Girl on Top faithfully. Those duties, of course, simply include continuing to be awesome while portraying one of our favorite female TV characters on one of our favorite TV shows.

She's also taking it a step further by using her platform on Twitter to do some good in the world by promoting charities that support Syrian refugees, which just makes us want to love her even more.

Clearly, Caitriona Balfe is beautiful both inside and out, and is absolutely a woman worthy of the round of applause we're currently giving her.

Some other deserved shoutouts go to fans of The 100, Person of Interest, and The Flash, who voted like crazy to see their favorite gals make it incredibly far in the competition. Congratulations to Caitriona, to all of the women nominated, and to you, the fans, who worked tirelessly to support your shows. You da real MVPs.

Outlander is currently filming season two for a 2016 premiere on Starz, and Arrowreturns to the CW on Wednesday, October 7.
Posted by Outlander Homepage at 6:38 PM