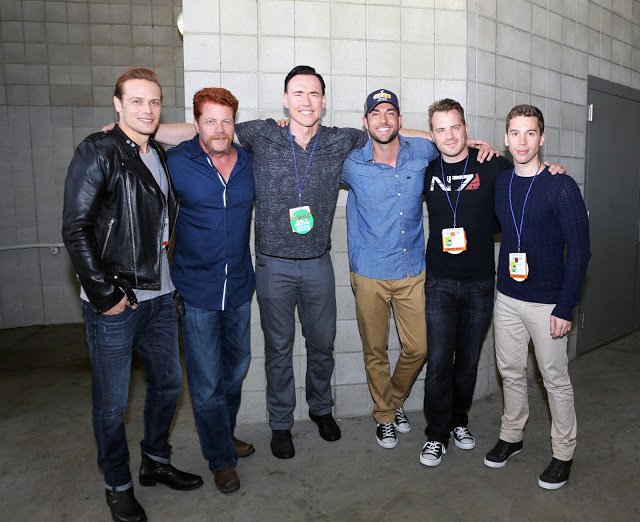 If you haven’t watched the Brave New Warriors Comic Con Panel, which took place at the San Diego ComicCon festival, here are the reasons you really, really should.  It’s not just macho guys being macho, trust me.

2.  These guys are all smarter, funnier, (and therefore, sexier!) than you might expect.

3.  Jordan Gavaris is A-dor-able! And hilarious. (Note to Jordan – THAT is very appealing).

5.  Michael Kudlitz giving Sam a big hug “from my wife”, so we know who has one more fan… 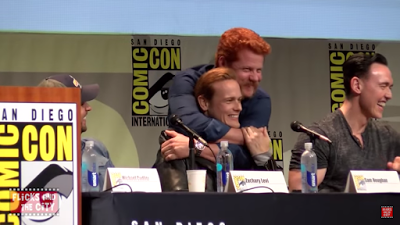 6.  The feeling of camaraderie between all the panel members, especially towards Jordan. 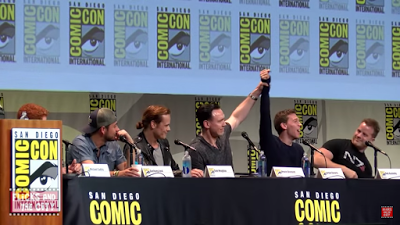 7.  Kevin Durand, thanking all the women out there for “taking care of us”, Sweet!

8.  That moment when it becomes clear that all the guys have a man crush on Sam…(I’m not telling you – watch the video!).

9.  When Jordan talks about his “most bad-ass moment” in comparison to the recitation from the rest of the panel members…especially Rob Kazinsky’s answer. 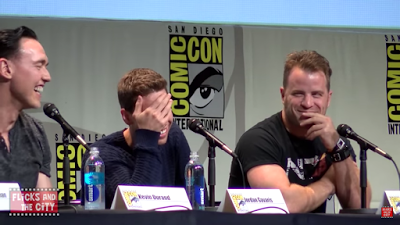 10.  Kevin Durand’s answer to the question about each panel member’s personal “Diary of a Wimpy Kid.”  It’s not what you’d expect and it’s very touching…one of my personal favorite moments.  (Sam almost spewed some water over this answer.) 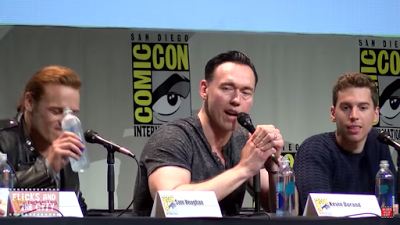 11.  Sam tells a story about his youth where they played a game called “Kiss, Cuddle, Torture” – this alone makes it worth watching!

12.  Listening to the story Zachary Levi tells about having to wax alllll his body hair for an early role.

14.  Watching Michael Cudlitz trying to extricate himself from beginning a story about his role in a film involving pornography when he’s supposed to be keeping it clean for an audience possibly under 18 years of age.  The description of what he had to wear is, once again, worth watching for this alone.  (Note to self: Must Google Michael Cudlitz in Daisy Dukes...).  Jordan commented, "I can't wait until I'm your age and have sooooo much to be sorry about." and Sam, who was supposed to bat clean up on that answer simply said, "I can't follow that."

15.  Rob Kazinsky and Kevin Durand talking about the sexism in the industry and how they handled it.  On a serious note:  Jordan's answer to this question was the best answer all day, but listening to all of them talk about this issue is an eye-opener.

16.  Answers to the audience member’s question about what the panel members “geek out” on.

This list was only going to be ten, then twelve, but kept going because I loved watching this panel that much.  You can tell these guys were having a great time and I promise you’ll have a great time watching. Caution:  You're going to want to watch every single thing these actors have ever done, even the "sorry for this" lot.


Posted by Outlander Homepage at 9:03 PM