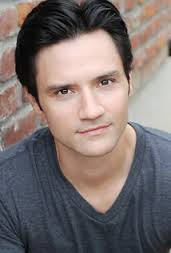 Richard Kahan is a busy man these days. One of the assistant writers on Outlander for Season Two, Richard knows all, but won’t tell (hmmphmm, not even a HINT at what’s coming next season!! It's ok, we forgive you!).  Despite his busy schedule, Richard agreed to give us a “quickie” when we asked him to tell us Five Things You Didn’t Know…

1. He has hidden talents…

“I’m just a little bit psychic. I’m always guessing things before they happen or picturing something in the future, then that’s how it turns out.” (TELL US WHO THEY’RE GOING TO CAST AS ROGER AND BRIANA!!!!)

2.  He’s a Renaissance man…almost
“I’m a musician at heart – minus the talent!  I love music and musical instruments specifically.  I’m always buying or “rescuing” instruments and bringing them home.  Trumpet, bongos, ukulele – you name it – and one day I will master them all, I swear it!”

This is for you, Richard...something to aspire to! (it's is a little long, but well worth a listen.  This guy is amazing!) Jake Shimabukuro - "Bohemian Rhapsody" – TED 2010-ukelele cover

“ I’m concerned about the environment. I always feel this huge, dorky sense of accomplishment when I take out the recycling.  I mean, I’m obsessed… it’s like “who’s the weird guy at the office going through the garbage at the end of the night picking out the recyclables???”  It’s me.  It never gets old for me.”

“I’m good at math (and you decided to be a writer??) I graduated with the highest mark in my class in grade 12 math.  I mean, it was applied math, I’m no calculus genius…but still.   And I’m a quirky dude, who loves ellipses… (no kidding!)”

(Oh, in case you were wondering... 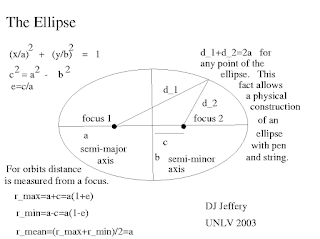 “I hate massages.  The stranger, the touching, the oil…I’ll pay for it to stop.”  (We’ll take his, please…)

Not only is Richard an assistant writer on Outlander and a musician (and I’ll bet he’s better than he’s letting on!), he’s also an accomplished actor, from stage work at a very young age, to roles on Supernatural, The Mentalist, The 4400 and Grey’s Anatomy, just to name a few.  Oh..and he’s also a really nice, guy.

We're so looking forward to seeing the name Richard Kahan when the credits roll on next year’s season of Outlander!


Thanks for sharing Richard! You're a sweetheart! (Did we mention he's a really nice guy?)


By:  D Elisabeth Aymett & J. Hines
Posted by Outlander Homepage at 9:02 AM