Fan Expo day two was another good one. Interestingly, the floor didn’t seem a lot more crowded than on Thursday afternoon. There weren’t a lot of big panels on. Unfortunately, a lot of the usual big name guests seem to have opted for Dragon Con which is also this weekend. There’s been a lot of changes with guests – Tom Felton pulling out and then ending up able to come – and some last minute additions. Willa Holland who was a very, very last minute addition had to pull out at the last minute as she was required on set. However, as often happens, panels that you aren’t anticipating to be really great are – and
those you expect to be good are spectacular. 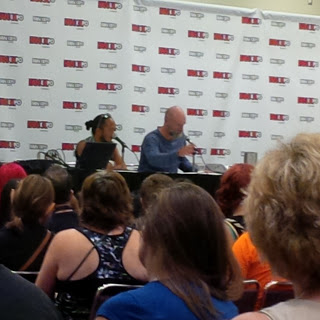 A good example of the first was Graham McTavish. He was hysterically funny and clearly happy to be there. It shouldn’t really surprise me that actors can tell a good story, but McTavish is outstanding at it – and he arrived in a kilt!

The moderator for this panel basically let McTavish and the fans run the show, so all the questions came from the floor. He was asked about the camaraderie between the cast on Outlander. He said he was very lucky to have come from one great group of people onThe Hobbit to another great group of people onOutlander. He said it was great working in Scotland as the people – cast and crew – are more easy going and no one takes themselves too seriously. He said that Duncan (Lacroix) who plays Murtagh is hilarious. It’s important to have an easy going group of people when the shooting can be tiring – long hours, cold etc. He acknowledged that some people just like to cause drama and that’s never helpful – and that didn’t happen on either of these sets.

He was asked about Dougal’s attraction to Claire. He attributed to her being a strong woman and clearly he’s attracted to strong women… and women from the future. And then there’s the stupidity of people always being attracted to the one person who is not attracted to them! She is a frustrating experience for Dougal. 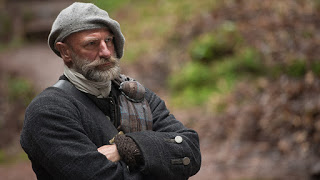 He was asked whether Dougal was a good guy or a bad guy. He stressed that it was not that simple. He’s a great character because he is complicated. He is manipulative and has his own agenda – to restore the Stewart monarchy – but he also has this love for Jaime – even while he’s plotting to kill him, he saves him. He’s also capable of great compassion. McTavish said that Black Jack Randall is a better example of a “bad” character.

He was asked if he’d read the books, and he said he’d read and very much enjoyed the first two, but hadn’t read them prior to the show. Apparently, when Gabaldon wrote the novels, Claire was always very sassy and outspoken but was initially written as an eighteenth century woman. It was because she was so outspoken that Garibaldi felt she had to come from the future.

When asked about the difference between British and American television, McTavish commented on the very cinematic treatment of Outlander. He said that there’s a lot more money for the lavish costuming – which will be even more prevalent in season two!

Many of the questions also centered on The Hobbit. When asked what his most physical scene had been, McTavish identified the movie. He said he began training three months before the training for the film began! The guys who didn’t do that really suffered. Richard (Armitage), Dean (O’Gorman), Aiden (Turner), and he all wanted to do their own stunts and did almost all of them except when they were shooting on two sets and they physically couldn’t be in two places at once.

The escape from the wargs scene took weeks to film. McTavish’s costume weighed 70 pounds. Each of his forearms weighed 5 pounds. Their shows were size 18 and were like running in diving boots – so they all got very fit. They had to run across this huge field and they all just gave it all they had, running as fast as they could, but when they finished, Peter Jackson said, “Cut. That was good… just needs to be faster.” He did an excellent impersonation of Jackson as he said it. McTavish laughed over all the stories he told. Another strenuous afternoon had McTavish, Jed (Brophy) and Richard jumping for rings to escape the encroaching molten gold. Jed’s ring was within easy reach, Armitage’s was a bit of a stretch, but McTavish had to jump two feet to grab his as the camera crane came in for the shot! 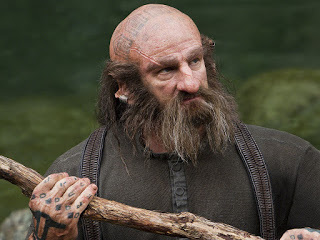 He had lots of stories about Peter Jackson. He described Jackson as a big kid, whose genius comes from making the movies for himself. Jackson would make studio execs fly to New Zealand to see him. He doesn’t do what the studio wants or try to please the studio. McTavish also mentioned that Jackson has a full sized train and Hobbiton (you can sleep in it!) in his backyard. Jackson has also apparently built his own castle on an island.

McTavish told the story of going to shoot guns one night in an old airplane hanger in Wellington. After shooting about 4000 rounds of ammunition, Jackson then wanted to drive the Panzer tank that the owner had. They began by driving around in the hanger but then Jackson went out into the parking lot where they startled a couple of guys playing basketball. Jackson then proceeded out into the streets of suburban Wellington! McTavish then apologized for what he did next as he rode in the turret of the tank and imitated it for us. In a German accent, he told the residents who were coming out to see what was on their street – or peaking from windows – that everything was fine, they weren’t there to hurt anyone, to simply return to their homes! By the time they returned to the hanger, the basketball players had called the cops and told them that they’d been chased by the tank – which, McTavish stated was a bald-faced lie. They’d merely had the gun pointed in their direction. McTavish was hilarious as he told this and the crowd loved it. 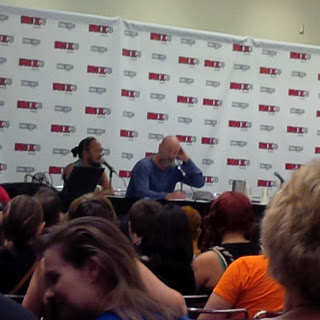 Asked about the weapons on The Hobbit, McTavish related that they were heavy and not really designed to be practical. There were very detailed “hero” axes as well as lighter ones. He was lucky enough to be able to keep his. Now he’s waiting to have a giant fireplace to hand them over. His favorite dwarf, other than himself, is Ory because Ory isn’t an obvious fit for the group and is the youngest.

McTavish said that Ian McKellen is both a lovely and a very naughty man. They would often give McKellen huge speeches to memorize the very day of filming – McTavish also does an excellent McKellen imitation – and McKellen would always say, “it’s impossible, I need at least a day…” and would always pull them off flawlessly – unless he wasn’t on camera. McTavish related that McKellen would do the speech perfectly while the camera was on him, but on the takes for coverage of the other characters, McKellen would fudge the words. For example, instead of “If I say Bilbo Baggins is a burglar…” he’d say, “If I say Dildo Daggins is a burglar…” 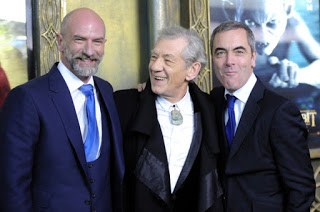 McTavish remarked that Martin Freeman was also always doing things like that and making them crack up. All in all it kept everything fun and enjoyable on set. 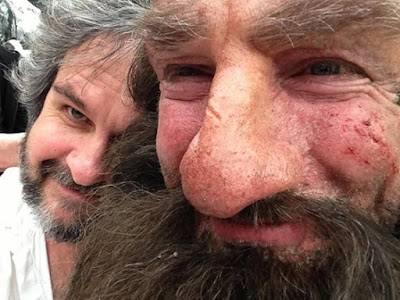 When he was first up for the part, McTavish was asked if he could sing. He said that he wouldn’t pay to hear himself sing, but he could carry a tune in a group. He related his reluctance to sing to being told as a child that he couldn’t sing. He clearly feels passionately about this and urged the crowd to be careful about the negative comments they make to children as even an offhand remark can have long lasting consequences. He related the story of Peter Jackson’s own childhood when his parents brought in a therapist to help with Jackson. The therapist asked what Jackson liked to do and then suggested his parents channel those things by buying him a camera – something we’ve all benefited from.

When asked about the most beautiful place his shot, McTavish identified New Zealand. He commented that India is also extraordinary, but for sheer physical beauty it was New Zealand. He related that it most fit with the landscape he’d created as a boy in his mind of a fictional island.

Other parts he’d like to play include Macbeth – which he didn’t call the Scottish play! He commented on the fact that there is so much great material right now. He was happy to get Dougal because he’s such a great character. He likes to keep things varied and he’d like to do more comedy like Red Dwarf. Any casting directors out there? I’d love to see him as Macbeth and he’s got the comedic timing down perfectly! 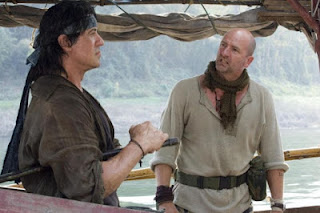 McTavish is apparently the only actor to have played across from both Rambo and Rocky – he’ll be in the upcoming Creed at the end of November. He also does an amazing Sylvester Stallone imitation. He said that Sly was always the hardest working guy on set and expected everyone to work as hard, which McTavish was fine with – but if you didn’t? Sly was not happy. It was like being directed by Rambo!

McTavish related a story about an actor who thought it was okay to put suggestions under Sly’s door at night. When it came time for the actor’s death scene, he suggested he should die heroically running at the camera. Sly told him that he’d be shot in the back like the coward he was, and then asked everyone else assembled if they also had script/directing suggestions they’d like to share!

This was a terrific panel. If you have a chance to see McTavish in person at another Con, I highly recommend you do so.
Posted by Outlander Homepage at 9:31 AM